Saquon Barkley will get the headlines, but don't sleep on Will Hernandez 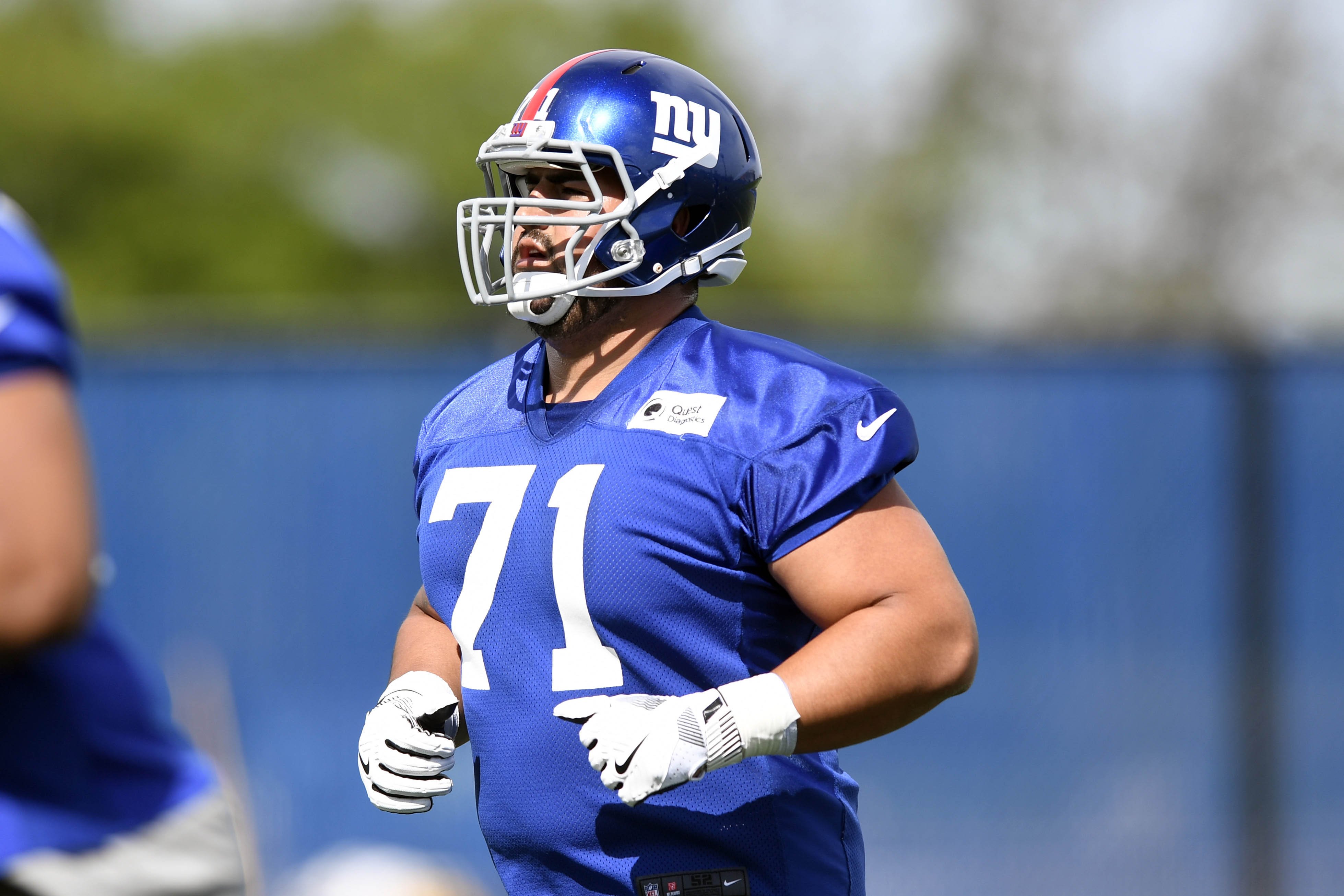 Saquon Barkley will get the headlines, but don't sleep on Will Hernandez

The New York Giants did not run the ball well in 2017. That’s an understatement.

The team ranked 26th in the league by averaging 96.8 yards per game on the ground. The 3.9 yards the team averaged per carry also put them in the bottom half of the league.

Who were the team’s running backs last year? Does anyone even remember?

The team went into the season with a pair of young players in Paul Perkins and Wayne Gallman. Perkins was picked by many to have a breakout year, but that didn’t happen. Instead, the team’s leading rusher was Orleans Darkwa. Yes, you read that right.

But you know who the running back is now, right? Saquon Barkley, the most exciting player the team has drafted in the first round in many, many years.

The Giants will have a completely different look in the backfield this coming season with Barkley and veteran backup Jonathan Stewart. Darkwa and Perkins are no longer on the roster.

But while all the focus will be on the do-it-all runner, Barkley, there’s another rookie that will be incredibly important to what the Giants do on offense this year.

The Giants made one of the better picks in the entire draft when they were able to snag offensive guard Will Hernandez in the second round. Hernandez had first-round potential and he will begin to restore some respect within the Giants’ offensive line.

In recent years, what’s been the biggest weakness of the Giants? Many fans will point directly at the offensive line, a unit that fails to open up rushing lanes and gives up too many sacks. The word “soft” has often been used to describe it.

But Hernandez is anything but soft.

The former UTEP star plays with a terrific combination of athleticism and strength. He’s tough, powerful and quite honestly, just flat out nasty. There won’t be too many players who look forward to lining up across from him, especially as the season wears on.

And then you have Barkley behind him? That could be a lethal combination. It’s clear that Barkley appears to be an incredibly special player, but he’s going to really enjoy running behind Hernandez.

Will Hernandez has a good sense of humor about paving way for Saquon Barkley. Says he always walks in front of him, including when he gets his meal in cafeteria. #giants

The Giants definitely needed a new running back and they got the best one in the draft. But the entire running game needed to be revamped, and the addition of Hernandez could be just as important. His toughness gives the offense a new identity, one that could resonate throughout the locker room.

Barkley could end up being selected to the Pro Bowl every year. But don’t be at all surprised if the guy the Giants took just 32 picks later, Hernandez, goes to the annual All-Star game just as often.