Stephen Strasburg, Max Scherzer go at it in dugout during game (Video) 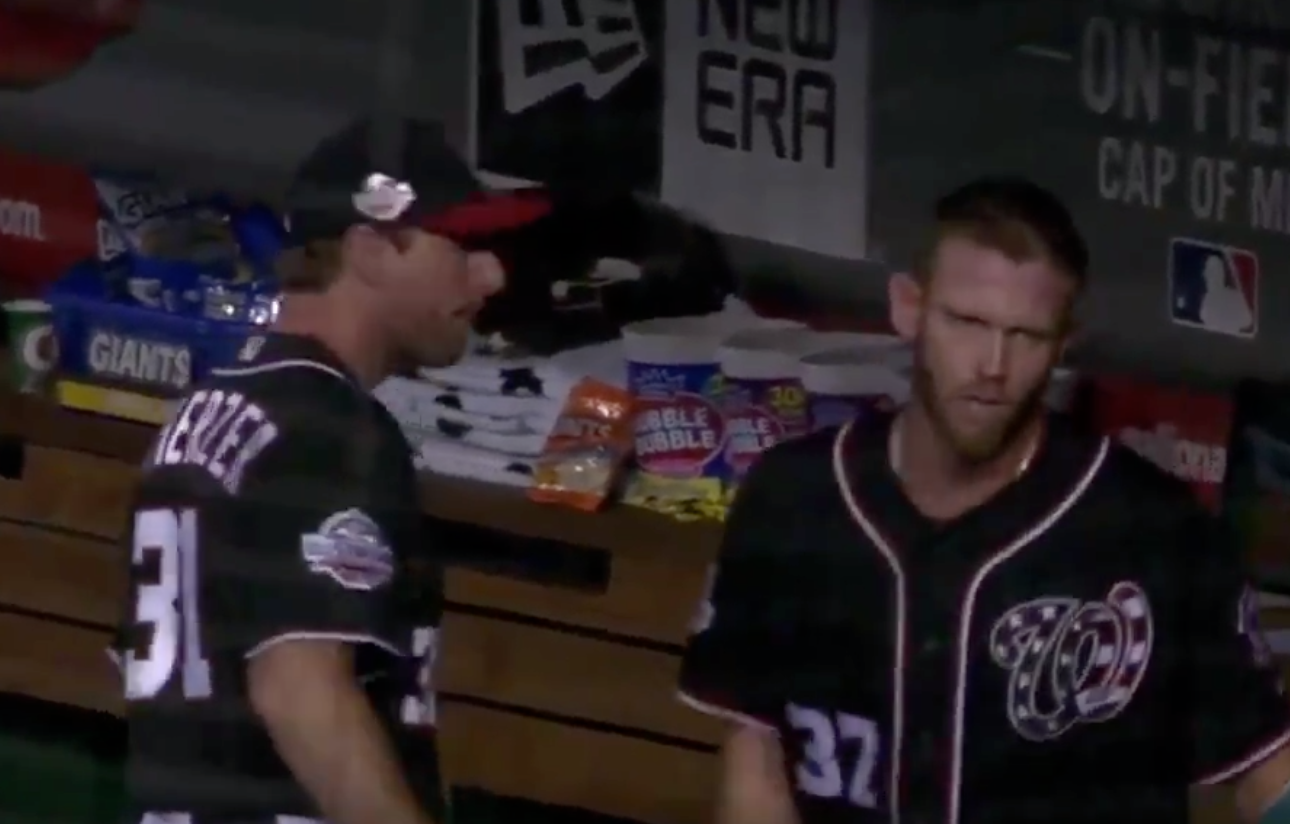 Stephen Strasburg, Max Scherzer go at it in dugout during game (Video)

The Washington Nationals’ disappointing 2018 campaign appears to be taking a toll on its players, with some dissension in the locker room that’s now been spreading onto the field.

That was on display during Friday’s game, when two veteran pitchers not known for being fiery got into a heated argument.

Strasburg turned in a poor outing in the 8-5 loss, giving up six earned runs in only 4 2/3 innings. Scherzer sarcastically patted him on the back after Strasburg exited the game, and that didn’t go well with Stephen. Strasburg, who is known for his quiet demeanor, had some words with his teammate, who then began yelling back at him.

Things got heated between Stephen Strasburg and Max Scherzer in the dugout. pic.twitter.com/2rT6HZ78ec