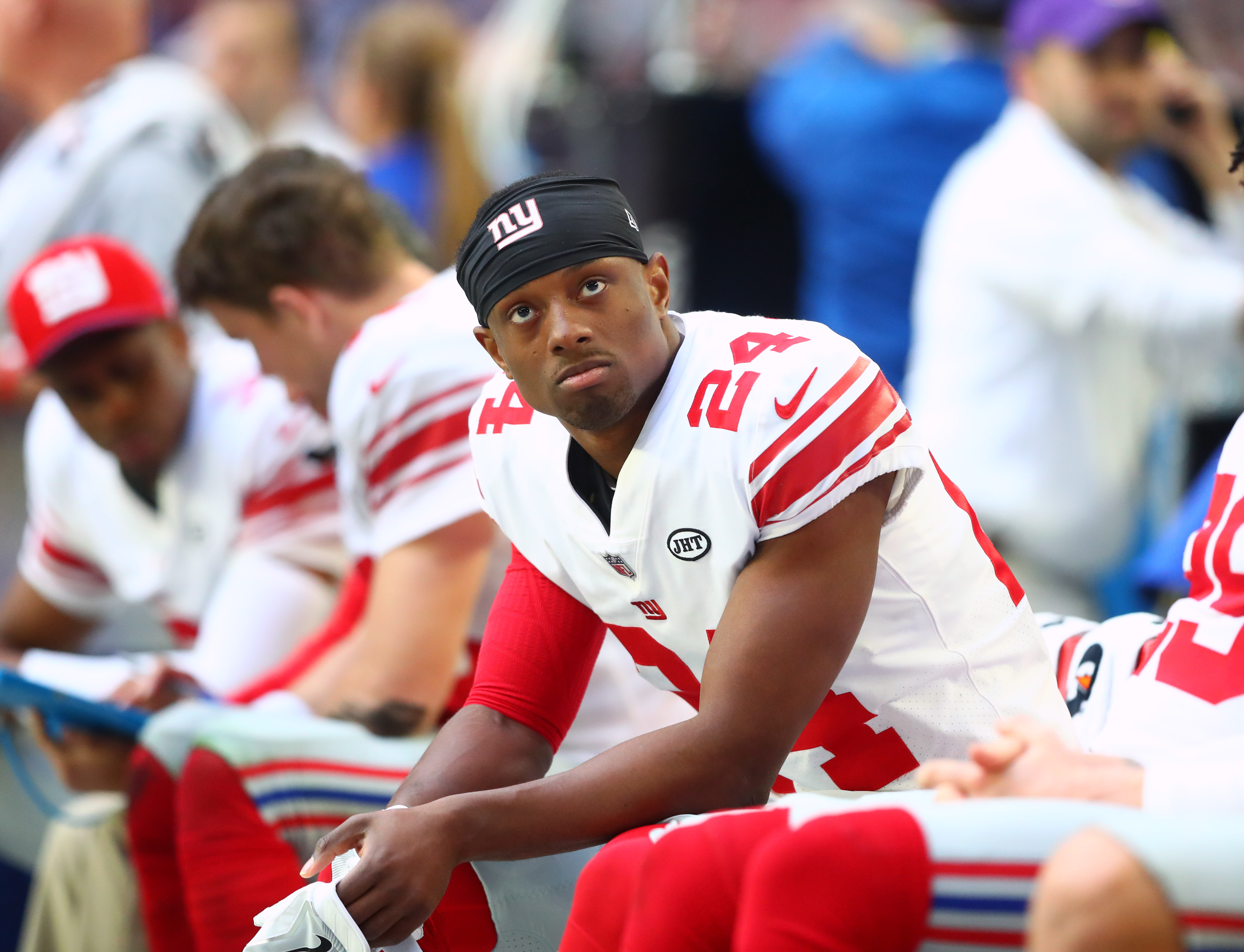 The New York Giants will open training camp this Thursday at the Quest Diagnostics Training Center. One of the worst teams in the league last season, the Giants will be eager to show fans that this will be a brand new team in 2018.

For a full look at the team’s training camp schedule, click here.

For those planning to attend a practice session or two in the coming weeks, there will be plenty of exciting things to be on the look for. There will also be much more to smile about than just the fact that Ben McAdoo is no longer strolling the sidelines.

You might be able to snag an autograph or two, but here are some other reasons to enjoy camp this year.

UNIVERSITY PARK, PA – SEPTEMBER 30: Saquon Barkley #26 of the Penn State Nittany Lions carries the ball as he is brought down short of the goal line by Tegray Scales #8 of the Indiana Hoosiers during the first half on September 30, 2017 at Beaver Stadium in University Park, Pennsylvania. (Photo by Brett Carlsen/Getty Images)

This is an obvious one, because the attendance should see a major uptick due to the Giants’ first-round pick alone.

It’s been a long time since the league has seen this much excitement over the potential of a running back, let alone a running back for the Giants.

Barkley can do it all, which is why he became the highest-drafted running back since the New Orleans Saints selected Reggie Bush with the No. 2 overall pick in 2006.

But Barkley should be much better than Bush and have a much more productive career. His journey as a professional begins with this camp.