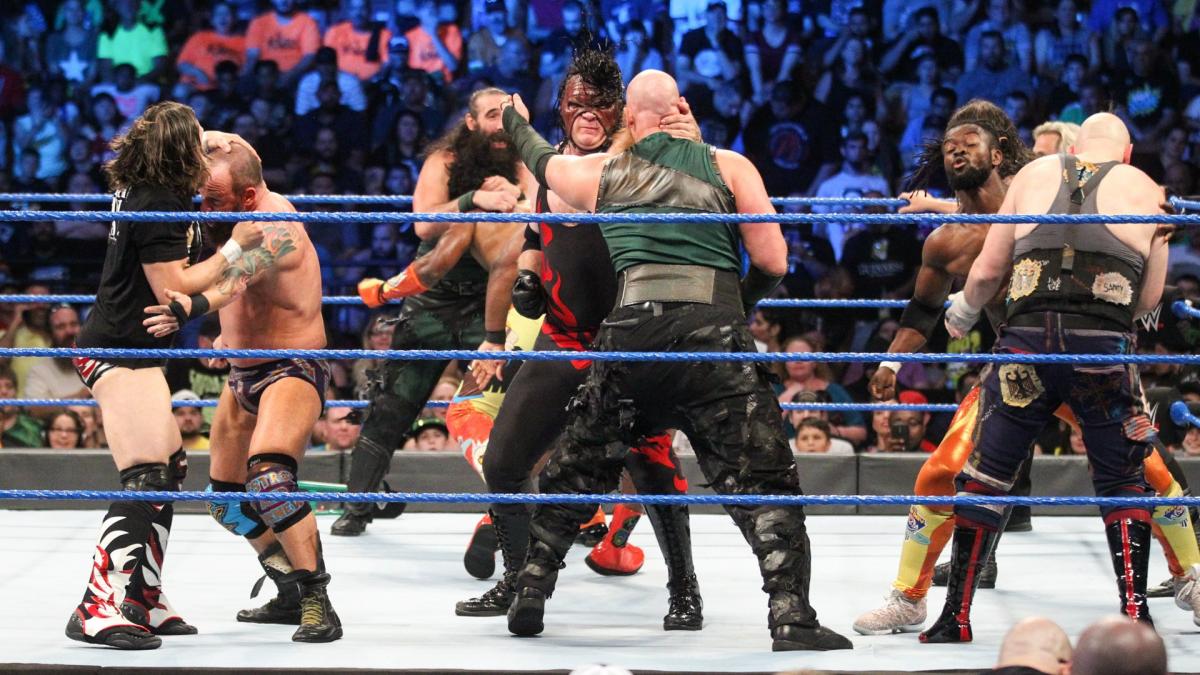 Since their win at WrestleMania 34 against The New Day and The Usos for the tag team championships, The Bludgeon Brothers duo of Luke Harper and Erick Rowan have run roughshod through the SmackDown Live tag team division. Plowing through numerous teams, with their latest being Team Hell No, Kane and Daniel Bryan, The Bludgeon Brothers are left without a team to compete against.

Recently, SmackDown Live General Manager Paige made an announcement that there will be a tag team tournament to determine who will be the new number one contenders for the titles. These teams include The New Day, The Usos, SAnitY, and returning to SmackDown Live television, The Bar — Sheamus and Cesaro.

After being one of the top tag teams on the Raw brand, Sheamus and Cesaro were defeated by Braun Strowman and 10-year-old Nicholas, son of WWE referee John Cone. After the titles were stripped from them following their win at WrestleMania 34, due to Nicholas being a minor and unable to compete, the vacant titles were decided at the Greatest Royal Rumble a few weeks later in a match between The Bar and Matt Hardy & Bray Wyatt, which Hardy and Wyatt won.

During the time between WrestleMania and Greatest Royal Rumble, The Bar were also drafted to SmackDown Live to start fresh feuds. However, the team has been grossly underutilized on television, with very few appearances since being defected to the blue brand.

Although The Bar have been competing on live events, WWE has shown no creative interest to put them on television, which is quite the shock to many. Especially, seeing how they have been one of the top tag teams since forming in 2016.

The future of The Bar at this moment is uncertain past the announcement from Paige. However, based on the history of Sheamus and Cesaro as a team, they will find some way to make their presence known sooner than later.