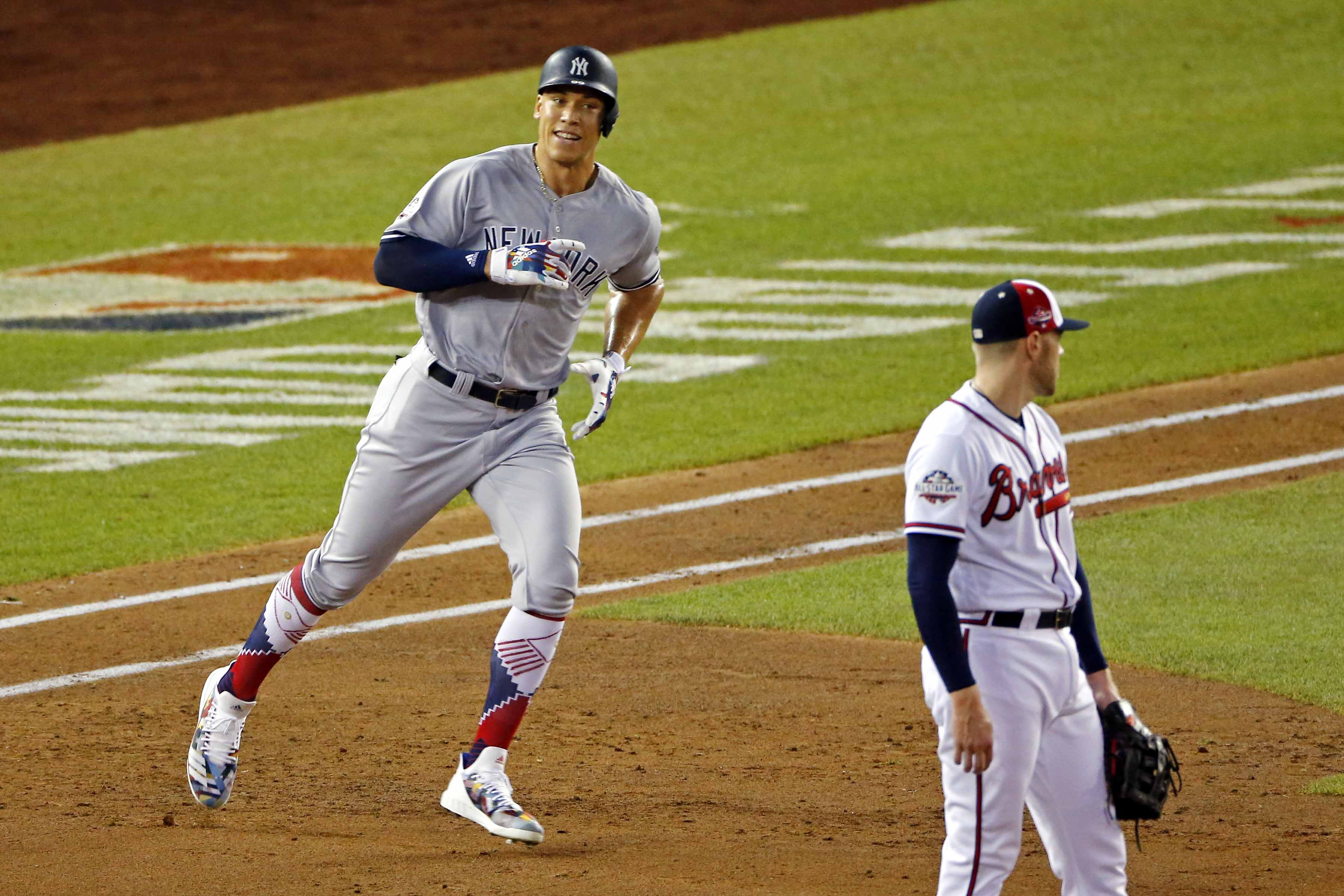 The New York Yankees entered Monday night’s game against the Tampa Bay Rays with a league-leading team wRC+ of 116. This is the second year in a row they’ve found themselves among baseball’s best offenses. It’s also the second consecutive year in which outfielder Aaron Judge has been a main contributor.

The 26-year-old’s massive 6’7″, 282-pound frame is always an imposing sight when he steps up to the plate. However, that fear ramps up to another level when any Yankee game takes place in the Bronx.

There’s good reason for that, too — Judge has been otherworldly when playing in front of the home fans thus far in 2018. His performance at Yankee Stadium is even more pronounced when put side-by-side with what he’s done as a visiting player.

His difference of .560 is currently the largest by any player in a single season in the live-ball era (minimum 200 plate appearances each split).#PinstripePride

Taking this comparison a step further, here’s how his ISO, walk rate, strikeout rate, wOBA, and wRC+ look at home and on the road (statistics don’t include Monday night’s game).

That’s quite a difference, don’t you think? Here’s some more perspective: if those were season-long marks, that 230 home wRC+ would lead all qualified hitters, while that 89 road wRC+ is on the same level as Nick Ahmed (88 wRC+), Eric Hosmer (90), and Ian Desmond (92).

None of those guys are nearly as good — or as imposing — as Aaron Judge.

The Yankees’ slugging outfielder is a hard-hit rate darling, but that number is just one of quite a few that vary greatly when digging into these home/road splits. He owns a 55.5% hard-hit rate at home, compared to a 42.0% rate on the road.

Judge’s quality of contact also coincides with drastic changes in his batted-ball profile. Although he owns a 37.0% ground-ball rate and 37.0% pull rate in the Bronx, they worsen to 47.3% and 48.2%, respectively, on the road. An increased pull rate is typically a good thing — especially for power hitters — but it just makes them more predictable when the majority of balls coming off their bat result in grounders.

We’re still early enough in Judge’s career to wonder whether this is an anomaly or something more. Yes, Yankee Stadium plays like a bandbox, but Judge can hit balls a country mile. His home wRC+ (199) was superior to his road mark (147) last season, so it’s not as if this has been some kind of prolonged trend.

At the core of it all, Judge is going to be just fine. Heck, there’s nothing wrong with him right now anyways. His difference in performance depending on the venue is interesting to note, though, and who knows how it’ll impact a potential playoff run for New York in October.