Dwight Howard has sold the Wizards on his coachability and character 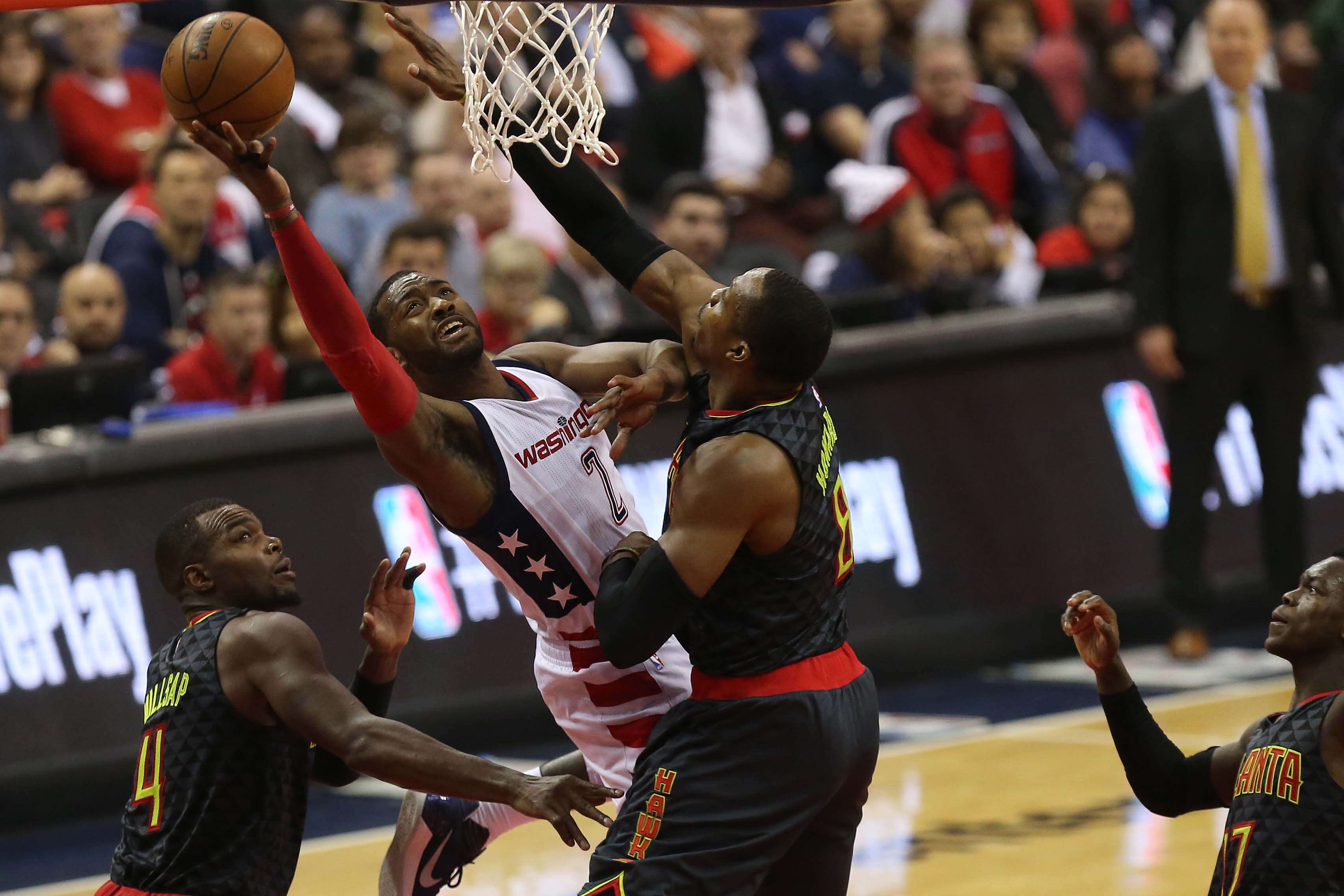 Dwight Howard has sold the Wizards on his coachability and character

Dwight Howard will play on his fourth team in as many seasons this upcoming Fall and the narrative that has followed him since he left Orlando is that he is not a team player and a locker room cancer. Howard believes that is simply a narrative created by his former teams to give them an excuse for moving the eight-time All-Star because he is a self-proclaimed good guy that does not know how to be a “bad person.”

For a team that struggled with chemistry clashes last season that ultimately led to the moving of Marcin Gortat, one might question replacing him with another player that could clash with John Wall. Of course, now we know that Wall was one of Howard’s biggest promotors in bringing the three-time Defensive Player of the Year to D.C.

As any team would, Washington dug deep into Dwight Howard’s history and talked to those who have crossed paths with him to make sure he would be a suitable fit with the Wizards. Having a repeat of last season would be disastrous for a team that does not want to have back-to-back disappointing and failure seasons during their backcourt’s prime.

Head coach Scott Brooks met with Dwight Howard last week in Los Angeles and had a two-hour conversation with his new big man to discuss the organization’s expectations for the center and what he wants for the rest of his career. Based on that discussion and other words from some of Howard’s previous coaches, Brooks doubts that there will be any issues.

“Some of the narrative is out there that I’ve heard, but I’m not concerned with it,” Brooks said. “All my focus is on what him and I talked about in our relationship that we will establish going forward. I’m pretty open, I’m pretty easy. If you just play hard and play for your teammates, we won’t ever have a problem. I’ve only had a problem with a couple players in my career and those were the ones that don’t do those things. All the conversations I’ve had with coaches, he’s not been that [problem] type of player.”

“If his focus is about being competitive and winning games, then he’s not going to have any issues,” Brooks continued. “With the conversations I’ve had with him and the conversations I’ve had with some coaches that we’re not going to have problems. I know there’s a lot of time, things that are out there. Some are true, some are not. I have to focus on what him and I have talked about going forward.”

Throughout his introductory press conference and media scrum availability, Howard preached that all he cares about doing with Washington is winning. No matter the question asked of him, he often circled back to his desire to get back to the Finals which he has longed for since his lone appearance in 2009.

“I’m looking forward to this opportunity, I think we’re going to have a wonderful season. I think we are going to really just shock a lot of people. I think that for me, the rest of the team, and the organization, it’s all about winning and that is our mindset. That’s the only thing that us as players have been talking about.”

On his thoughts on the evolution of small ball and a potentially diminished role late in games:

“It’s all about winning. … Whatever coach needs me to do, I’m ready to do it and I’m looking forward to doing it. … Today and for the rest of my career here, which I plan to be here until I retire, it’s about this team’s wins.”

On his new playing style trying to adapt to the game:

“My whole focus is to do whatever this team needs. … Whatever is needed, I’m available, I’m going to do it and that’s the only thing we’ve been talking about.”

On the Wizards past locker room issues and how he can help:

“Whatever Coach needs me to do, I’m down for it. … No matter what happens throughout the year, the only way we’re going to get through it is together.”

One of the worries with having an aging Hall of Fame level talent meshing with an All-Star backcourt in their prime is that the former may want a lot of touches consistently throughout a game and season. Back to the basket in the paint basketball is no longer as efficient in today’s NBA, which frustrated Marcin Gortat and could do the same for Howard who will be relegated to being the third option most nights. If Chocolate Shoulders backs up what he is selling, Washington should be just fine.

“Ego is the biggest thing that can stop a team from being successful,” Howard said about a team not reaching their max potential. “The other biggest thing is injuries. Egos and injuries are two of the major things that can stop any team from being successful as they want to be and I think for this team, it’s no ego. We’ve all had our moments to shine individually and I think all of us want to shine together. We keep our egos out of it, we stay healthy, … we’ll have a shot. We’ll have a real shot.”

Of course, only time will tell whether Dwight Howard’s word is in fact his bond or if there will be a mid-season locker room implosion for the second straight year. Hope for the best, but fear the worst. In just the short time that I interacted with Howard, he seems genuine and I am rooting for him to recreate his image, but during the grind of an 82-game season, emotions get boil over during rough patches.