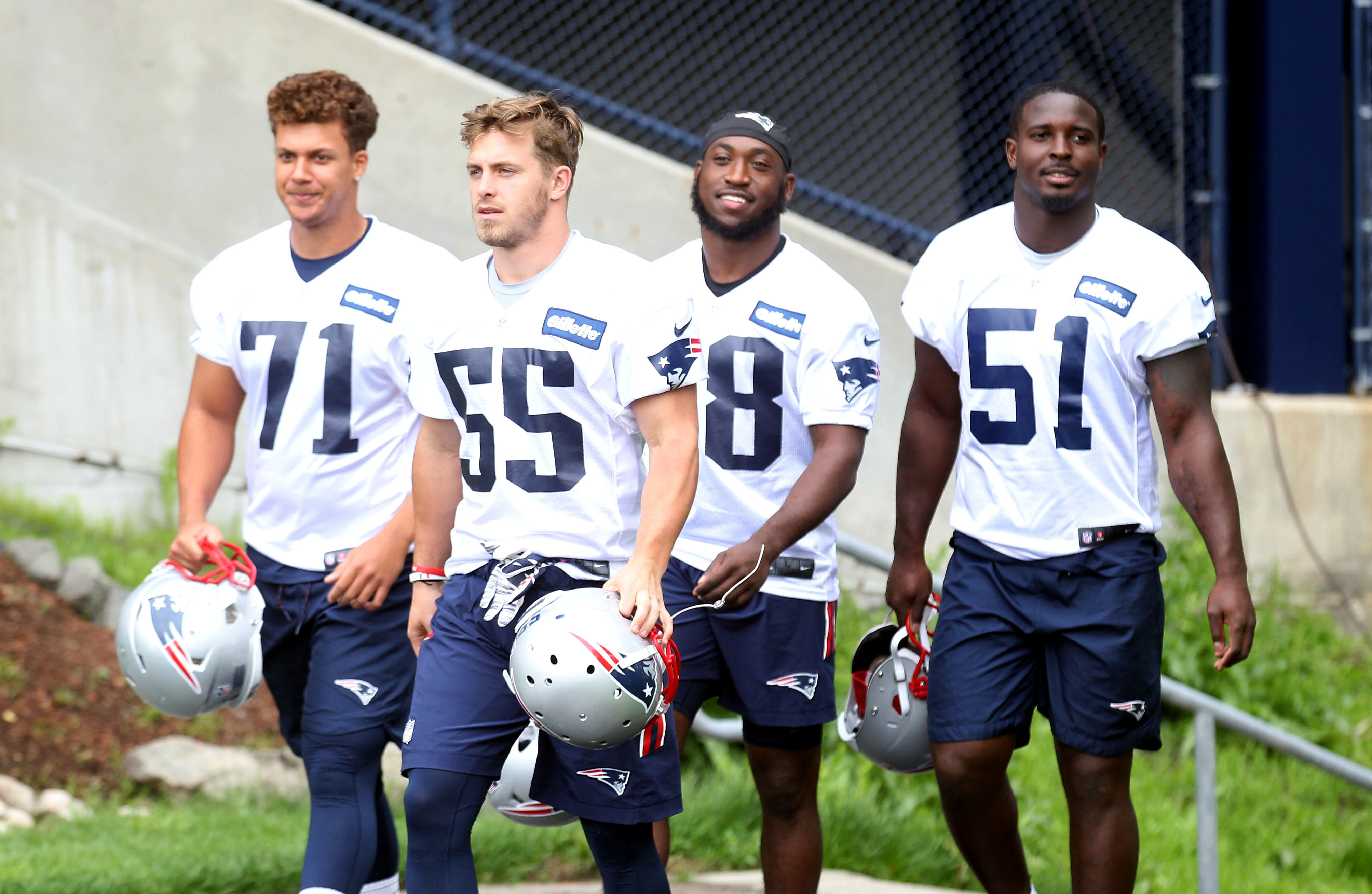 After another offseason of having their roster picked at by other franchises, the New England Patriots are looking to make another run to the Super Bowl with some new faces.

Even though it seems like New England can surround Tom Brady with anyone, he still needs help to potentially win a sixth Super Bowl. With the loss of players like Dion Lewis, Nate Solder, Malcolm Butler, and Danny Amendola, the emergence of other players is extremely important to the Patriots.

With training camp only days away, beginning on Wednesday when players report, there are certain players that are important to watch, that can have large impacts on the 2018 season.

New England always uses a stable of running backs, and this season will be no different. But the loss of Dion Lewis to the Tennessee Titans could be a large one. Michel has the tools to replace the Patriots’ leading rusher from last season.

Lewis led the team with 896 rushing yards, more then the next three running backs combined. He added six touchdowns on the ground. He also helped in the passing game with 32 receptions for 214 yards and three scores.

Michel, a first-round pick out of Georgia, was a two-time thousand-yard rusher in college while splitting time with Nick Chubb. He also finished his career as a Bulldog with 64 catches for 621 yards.

He has proven to fit into a stable of backs well, playing his entire career in college surrounded by great talent, taking advantage of his opportunities when given. To be a successful Patriots back, it is necessary to seize the chances to touch the ball.

The rookie will also have some time to adjust to the professional level since he enters a running back core with talent and experience. James White has become a staple of New England’s passing attack with the fourth-most receptions on the team a season ago.

The Patriots also have a couple of former Bengal backs, with Rex Burkhead returning and the addition of Jeremy Hill. Mike Gillislee finished with the second-most yards on the team last season with 383 yards. Brandon Bolden also returns, though he is used mostly on special teams.

Before last season, Julian Edelman has spent four straight seasons as one of the top two players in receiving yards for New England. He now returns from a torn ACL that kept him from playing during the entire 2017 campaign.

In his last season before injuring his knee, 2016, receptions, targets and yards, he was targeted 158 times, pulling in 98 of those passes for 1,106 yards and three touchdowns.

Edelman has 425 catches and 4,540 yards in his career, all in a Patriots uniform. His return is more important now than ever with the loss of Amendola in free agency, and Brandin Cooks (through a trade to the Rams).

His ability to cut in and out of routes is what makes him such a threat to defenses, and having a knee injury could possibly damage that skill. It will be important in camp to see how his knee is holding up.

It will be some extra time before Edelman can suit up, since he will be suspended for the first four games of the regular season. But once he comes back, he should be healthy and can definitely lift pressure off Brady with his quick routes.

And with some questions surrounding the offensive line with the loss of their left tackle, giving Brady the quick throws and putting less pressure on creating more time in the pocket, Edelman is vital to the Patriots’ success.

With Edelman’s suspension for the first four games, New England will be looking for someone to play in the slot. The Patriots drafted Berrios in the sixth round of the draft in April, who spent most of his time in college in the slot.

Though it may be difficult for Berrios to make the final 54-man roster, he could be a great fill-in for Edelman and also eventually take the role Amendola left behind.

Edelman and Amendola have both specialized in running short, quick routes that are designed to find openings underneath coverage. Berrios was successful while doing that in college at Miami.

His senior year as a Hurricane was easily his best, finishing with 679 yards and nine touchdowns on 55 catches. He was also an extremely reliable punt returner, averaging 10.4 yards per return in four years, up to 15.9 yards per return during his senior season.

Wynn was the Patriots’ first pick in the draft, also from the University of Georgia. The importance of Wynn can’t be stated enough with the loss of Nate Solder.

It is not a given that Wynn will start at left tackle, but he is the hopeful future at the position for New England. There is also the option of moving someone like LaAdrian Waddle or Marcus Cannon to left tackle, and giving Wynn a look on the right side.

They also have the option of playing Wynn on the inside at guard. He played much of his career at left guard, making the switch to left tackle for his senior year. And at 6’2,” he is much shorter than any tackle on the Patriots roster.

The inability to come up with stops last season was a problem at times for New England. Additions on the defensive line were needed, and trading for Shelton was one that could pay off this season.

The Patriots already said they won’t pick up the fifth-year option on Shelton, but renting him for the season could fortify the defensive front for a big push towards another championship.

If the combination of defensive tackles can succeed in slowing down opposing rushing attacks, it can do a lot for the team, especially with how often they play a bend-don’t-break defense.

The New England defense was one of the worst in the league, giving up the fourth-most yards during the season, but when it comes to giving up points, they were fifth-best.

Shelton won’t add much as far as pass-rushing, with only 1.5 sacks in his three seasons in Cleveland, but the former first-round pick can fortify the rush-defense.

The New England Patriots begin training camp on Wednesday, July 25. They will then have scheduled activities until Monday, when they practice in Gillette Stadium for season-ticket holders and the residents of Foxborough, Massachusetts.