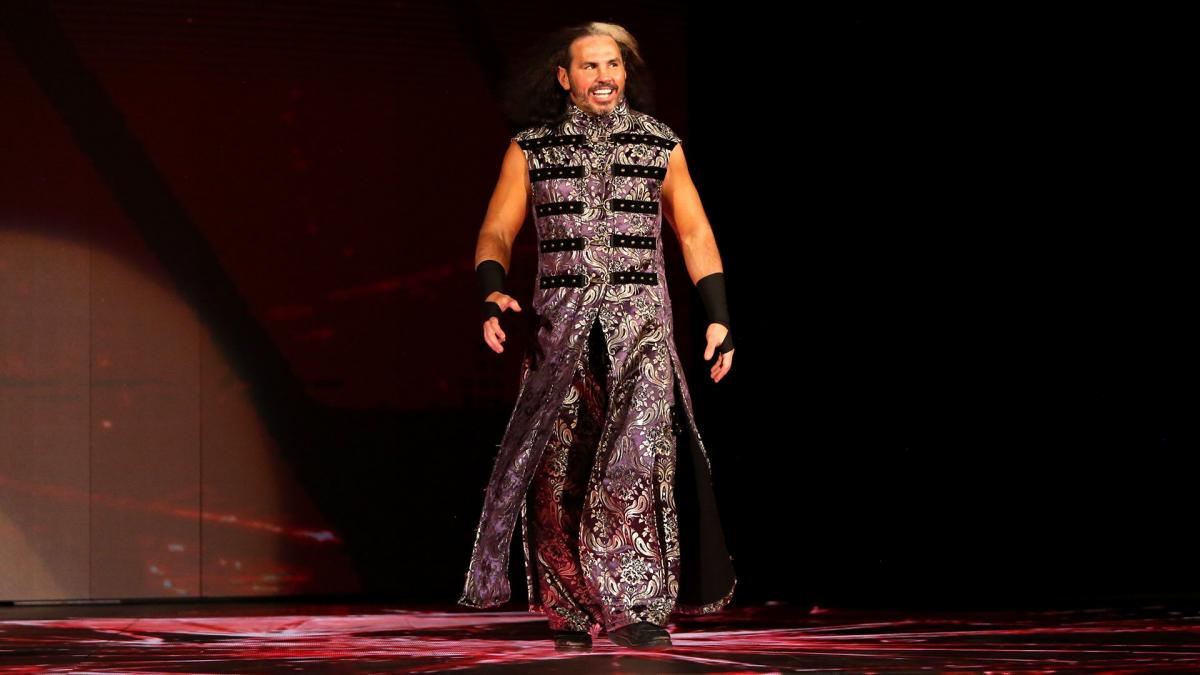 While Matt Hardy has been a little down on the dumps as of late with a series of singles losses as well as losing the Raw Tag Team Championships, his “Woken” character is still something the fans enjoy to see. The Deleters of Worlds have an opportunity to regain their tag title from the “B Team” duo of Bo Dallas and Curtis Axel on an upcoming epsiode of Raw, with hopes of becoming two-time champions.

Hardy was interviewed by Noelle Foley, daughter of WWE Hall of Famer Mick Foley, at the San Diego Comic-Con to promote his new action figure which depicted his reign as ECW Champion.

While ECW has some classic and memorable belt designs, WWE’s version changed the title to an oddly designed silver championship. While Hardy was grateful that the action figure was made, he stated that the ECW Championship was “quite a handful to carry in your luggage at the time” and “looks like the front of an old car, in many ways.”

Hardy also showed interest in pursuing the Intercontinental Championship, which is something the he said he would like to “procure” in the future. Currently, Hardy is still teaming up with Wyatt, as Wyatt assisted him in winning the Andre the Giant Memorial Battle Royal.

When asked what his dream match for WrestleMania 35 is, here is what Hardy said in response.

“You know what would be an excellent match? Myself, Brother Nero, and Bray Wyatt, versus The Shield. What a match-up that would be.”

In late 2017, The Shield attempted to reform after an over three-year separation. However, with Reigns being stricken with the mumps, and Dean Ambrose being injured in December of 2017 which will shelve him for nine months, the trio quickly dissolved after only a few months. While another Shield reunion is not out of the question, it does not seem like that will happen anytime soon.

If any portion of these quotes are used, please be sure to credit San Diego Comic-Con with a h/t to The Floor Seat for the transcription.