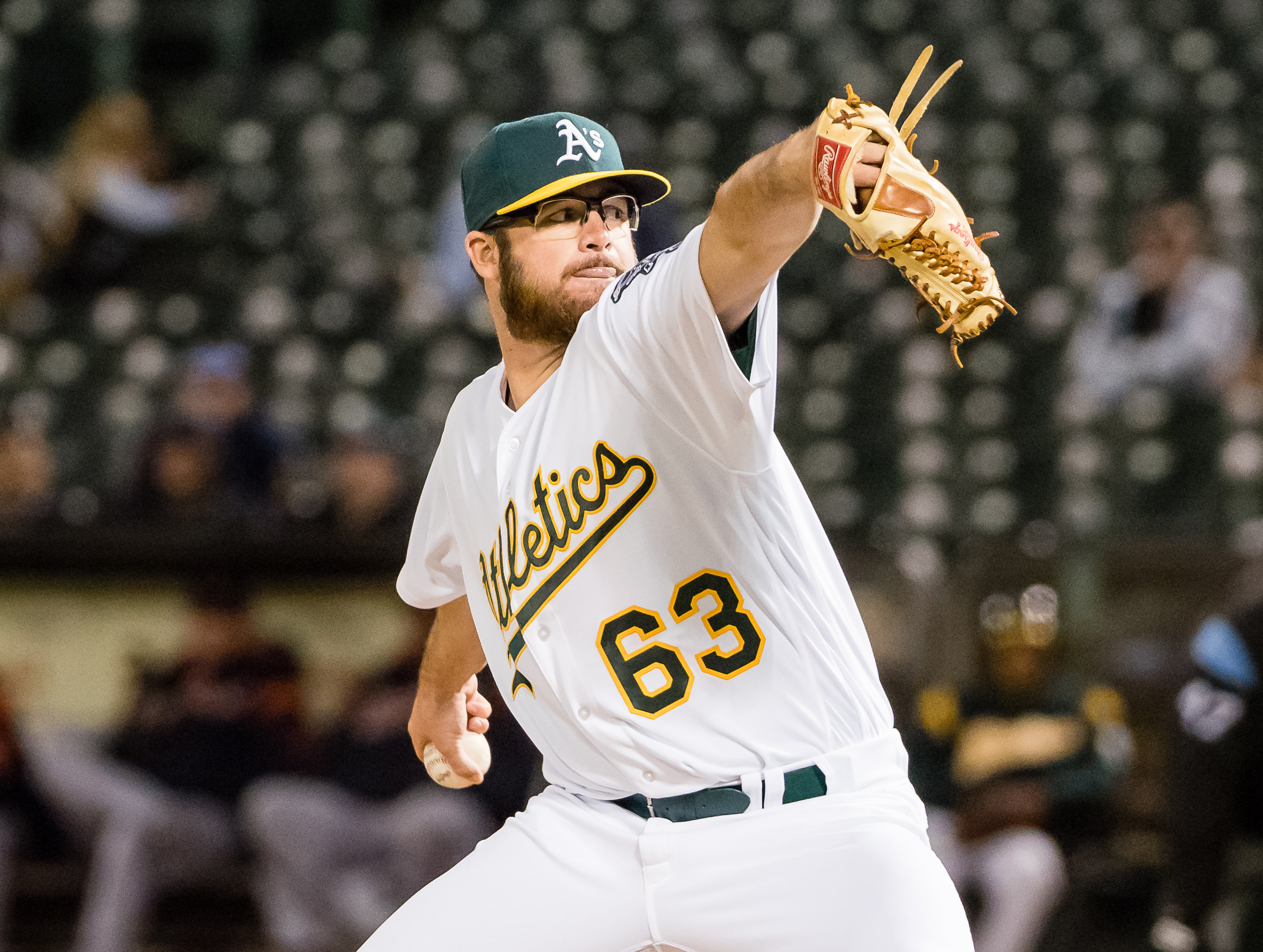 The New York Mets drew a ton of criticism last summer when they traded their pending free agents for salary relief and minor league relievers. The trend has continued into this season, with Jeurys Familia being sent to Oakland over the weekend for salary relief and two fringe prospects, one of whom was a minor league reliever. The reliever in question, right hander Bobby Wahl, has actually posted good numbers in AAA this season so it is fair to question why he isn’t considered a potential contributor at the big league level. Wahl is the focus of this week’s edition of Minor League Mondays.

The A’s gave Wahl a cup of coffee at the big league level in 2017, where he pitched to a 4.70 ERA in seven appearances, before assigning him to AAA Nashville this season. Wahl dominated for the Sounds this year, going 3-2 with a 2.27 ERA and 11 saves in 34 appearances for Nashville, recording a whopping 65 strikeouts in 39.2 innings pitched. The Mets indicated in a press release following their trade for Wahl that they envisioned him as a big league contributor this season, but for now he has been assigned to AAA Las Vegas. Wahl made his Las Vegas debut last night, pitching 1.1 scoreless innings with three strikeouts and picked up the win for the 51’s.

All of this sounds very good, but scouting reports are down on Wahl’s ability to be a big league contributor. ESPN’s Keith Law noted in an Insider article the day of the trade that Wahl has above average velocity, but that he has below average breaking pitches and command. Wahl has had issues with control in the past, and he walked four batters in 7.1 innings for Oakland at the big league level last season. There is also concern over the fact that Wahl has undergone Thoracic Outlet surgery in the past, a procedure that Mets’ fans know too well as one that derailed Matt Harvey’s career. It is also interesting to note that despite Wahl’s tremendous success in AAA this season, the A’s did not once promote him to the major leagues to help in their bullpen. Oakland deemed Wahl expendable enough to trade him to the Mets for Familia, a proven big league closer who will team with Lou Trivino and Blake Treinen to give the A’s a lethal trio in the back of the bullpen.

This leads to the question of whether Oakland viewed Wahl as simply a 4A player who will do well at AAA but not consistently succeed at the big league level. The Mets, who figure to do plenty of auditioning for bullpen arms over the final two months of the year, will give Wahl a chance at some point to see what he can do. Perhaps having Wahl work with pitching coach Dave Eiland, who has done wonders for the careers of starters Zack Wheeler and Steven Matz, will help the righty unlock some untapped potential and become a capable middle reliever in the Mets’ bullpen for the next several years. Considering that the other prospect in the trade, Will Toffey, just made it to AA with the Mets and the international bonus money they acquired hasn’t been used yet Wahl is the first real part of the return for Familia Mets’ fans will see. If Wahl proves the A’s correct by being another 4A bullpen arm, which the Mets seem to have in spades, it will be a bad sign for their attempt to reload quickly.