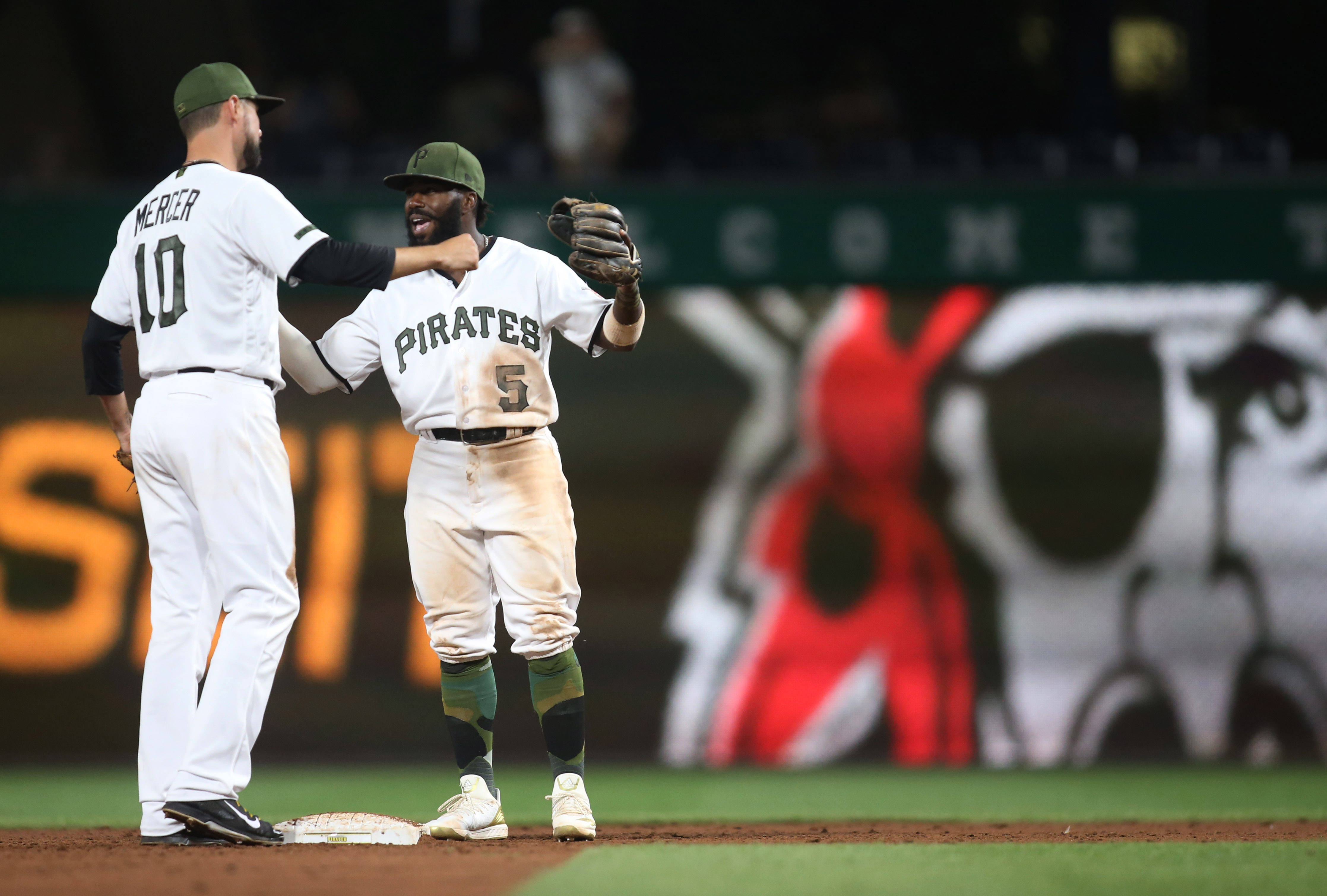 The Pittsburgh Pirates have won nine straight with their win over the Reds on Sunday.  After a dull stretch between mid May and Mid July, the Pirates are playing well.  But a big problem throughout the year is the lack of middle infield production.

One area where the Pirates need to see improvement is in their middle infield; this could be a position the Pirates try to fill externally at the deadline or internally with Kevin Newman or Kevin Kramer.

To see how the Pirates starting middle infield compares I used the Baseball-Reference play index to look at the players with 75 percent or more of their games started at short and second with at least 100 plate appearances to get the starters.  I excluded the Dodgers because their only shortstop that qualified was Corey Seager, out for year with Tommy John, and they just traded for Manny Machado.  The Nats are excluded because Daniel Murphy just came back and had 101 plate appearances entering Sunday.

Other notes are the Phillies shortstop is Scott Kingery because J.P. Crawford didn’t play in May and hasn’t played since June 19.  Orlando Arcia was demoted and so for the Brewers I used Arcia and Saladino.  The Orioles is Manny Machado’s time in Baltimore.

There’s only 28 teams and that’s a key point to remember when it comes to the rankings here.

The first thing I looked at was wOBA – a linear weight to measure offensive production.  Some of the pairs are influenced by one of the players; Cleveland is all Lindor, Oakland all Lowrie, New York all Cabrera, and so on.  Here’s the breakdown:

The Pirates problem is they’re not carried by one player, both Harrison and Mercer have been well below average.  The two have a combined .289 wOBA, ranking 25th of 28.

They’re not producing with the stick, but what about their base running.  Maybe the two, especially Harrison, have added value on the base paths.  I used Baseball Prospectus’ base running runs (BRR), which attempts to measure the value on the bases added compared to the average player with the same number of opportunities.  Here’s the breakdown:

The Pirates middle infield has added about one run on the bases, ranking 16th of the 28 pairs.  If they were more like the Braves, adding five runs, it would be more livable with their offense.

But what about defense?  That’s where Josh Harrison is supposed to shine.  His glove is what’s supposed to be valuable to the player and the team.  I used fielding runs above average (FRAA), with the different defensive metrics described here with how they relate to Gregory Polanco.  Here’s the breakdown of the defense:

The Pirates starting middle infield ranks 26th of 28 in fielding runs, costing the Pirates almost eight runs so far this year.  Of the starters Harrison ranks 25th and Mercer 20th.  The big take away is Harrison’s defense has been negative, five runs worth.  That’s where he should be excelling, but so far he hasn’t and with his hitting Harrison hasn’t produced.

That leaves an attempt at total value, or WARP (Baseball Prospectus’ estimate of wins above replacement).  Based on the info above, you can probably guess where the Pirates starting middle infield appears:

Not only do the Pirates rank 25th, Josh Harrison ranks 26th and has been below replacement level and is a top earner on the Pirates, ultimately going back to the club’s roster construction.

There’s other things that these two players do that important, leading the club during the down stretch and keeping the clubhouse loose.  All of that is unquantifiable and important to a club.  The problem is their production hasn’t been there.

Mercer is performing like Mercer, but Harrison hasn’t played to where the expectation level is for him.  He’s currently playing in between his 10th and 20th percentile projections with worse defense.  After his absence in Cincinnati after dealing with an injury, maybe he comes back and plays better (his rest of season projection is .272/.311/.399 with 0.5 WARP.

Going forward the Pirates are going to need more production from their middle infield.  Be it internally or externally this year or next, these are two positions of clear need to be upgraded at.