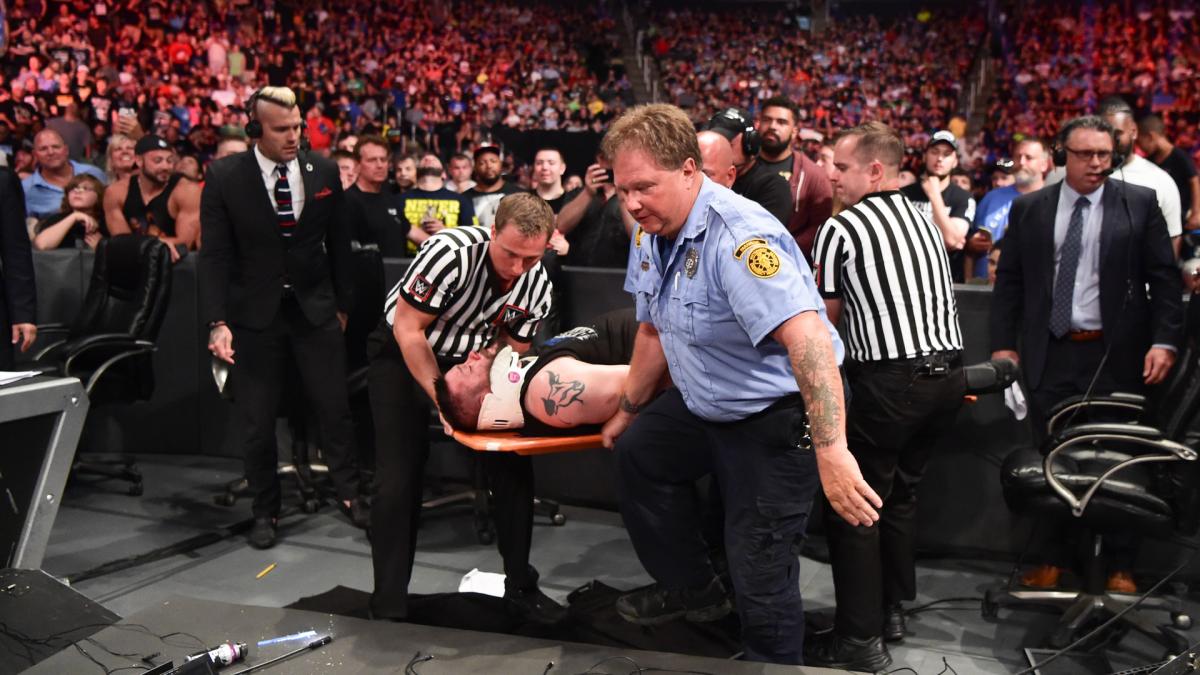 For several weeks, Braun Strowman has been the monster that Kevin Owens has had nightmares about. From flipping over his car, to locking him in a Port-a-John, Strowman’s feud with Kevin Owens has been very one-sided. Owens even tried to be “friends” with Strowman. which led to a one-off tag team match. However, when the match was done, Strowman did not want anything to do with Strowman’s friendship.

Their intense feud resulted in a cage match between the two at the Extreme Rules pay-per-view. Again, fans experienced a lop-sided exhibition, as Strowman was having his way against Owens. At the end of the match, Owens gained a short advance, which led to him climbing up the cage. However, Strowman was able to catch up with Owens, and KO took a sick bump from the top of the cage to the announcers table.

Braun Strowman after throwing Kevin Owens off the top of the cage [Photo: WWE]

Taking a bump of this caliber is not something that WWE would condone in this day and age where their money stems from being a PG product, but the spot was surprisingly approved anyway.

Apparently, according to the Wrestling Observer Newsletter, the spot was done from Owens as an homage to Mick Foley, who took a horrific bump from the Undertaker during their Hell in a Cell match at King of the Ring almost exactly 20 years ago.

On the Raw following Extreme Rules, WWE stated that Owens suffered multiple injuries stemming from that spot off the cage. Thankfully, as the WON notes, Owens did not suffer any major injuries, because the table was rigged for the landing to be as safe as possible.

Hopefully, spots like these are extinguished from the WWE television programming, as the risk of ending one’s career and possible life-long physical harm grossly outweighs a simple pop from the crowd.