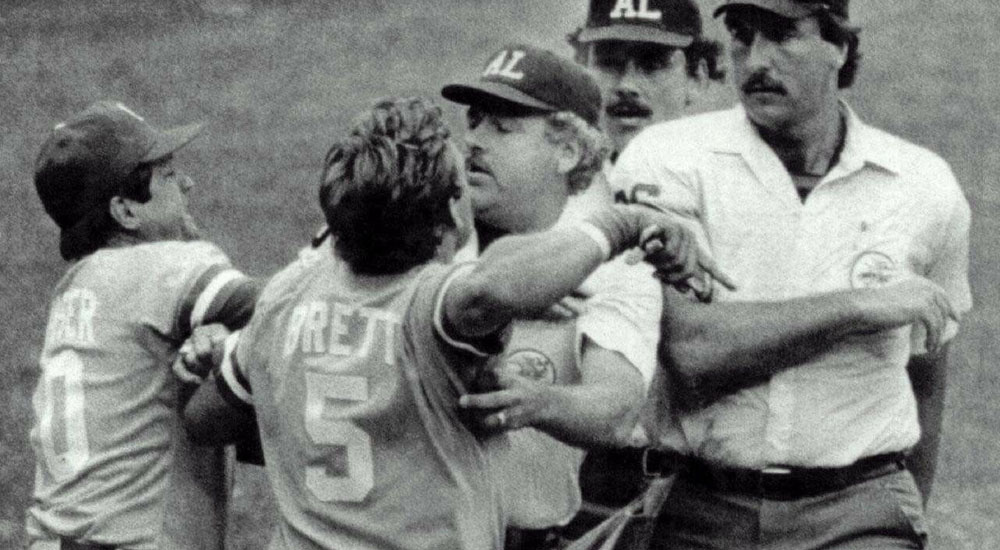 In 1955, team owners were in a bind…they were losing too much money on baseballs that were stained and smudged with the pine tar being used on bats.

To combat that loss, baseball implemented a rule…MLB Rule 1.10(c). It was a simple one really. Basically, you can treat your bat with anything to help “improve the grip”. But here’s the catch. That material cannot extend past 18 inches. If it does…the hit is deemed “illegal” and the batter called out.

Former big league infielder Greg Pryor was there, had a locker next to Brett and witnessed the aftermath of the “Pine Tar Incident” firsthand.