COLUMN: Don't count on the Pirates buying at the deadline 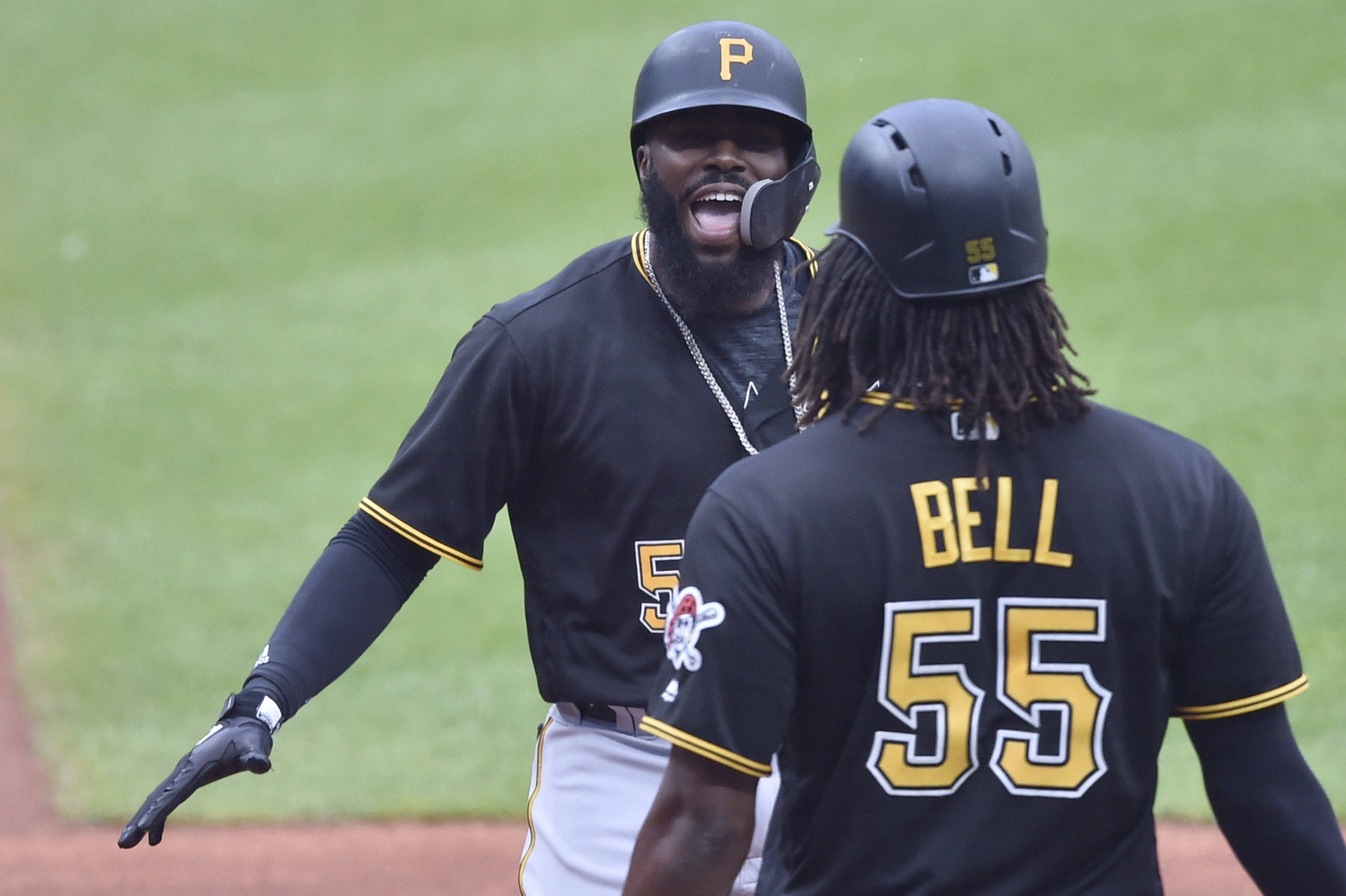 COLUMN: Don't count on the Pirates buying at the deadline

Just one month ago, the 2018 season looked to be all but over for the Pittsburgh Pirates. After getting swept at home in a four-game series by the Arizona Diamondbacks, the Bucs had fallen to five games below .500 on June 24.

The hot start that the club had in the month of April seemed to be nothing but a distant memory. It felt as if the fun loving young Pirates team that would dance in the club house after a solid team win had lost the pep in their step for good.

In just one month, the Pirates have gone from the coldest team in baseball to the hottest.

Winners of their last 10, the Bucs are now just four games out of the wildcard.

The young team that could not catch a break is now a team that no one wants to play. Their bats are explosive, and their pitching has been dominant.

With the trade deadline approaching, this club who had few believers just 30 days ago, now has nearly the entire city campaigning for the front office to go all in.

But is that what the Pirates are thinking?

While the past few weeks have been without a doubt the most enjoyable time to watch the Pirates all season, I come to you all today to bravely (and perhaps regrettably) ask the question, is being a buyer at the trade deadline in the best interest of the Pittsburgh Pirates organization?

Before I go any further I want to make a few things clear. I want to see the Pirates win. Just like everyone else, I have been very frustrated with the majority of the moves that the front office has made since the 2015 offseason.

As a Pittsburgh sports fan, there is nothing that I would rather see than the Pirates winning a World Series title.

However, when I think with my head and not my heart, I begin to debate as to how good this current Pirates team is. Even with their recent winning streak, they still have a ton of ground to make up before they are legitimately in the playoff picture. Can the Pirates maintain this level of play for the rest of the season?

Though it has been a long time since the Bucs have won 10 games in a row, the team’s overall situation is nearly identical to where they were last year at this time.

The Pirates went into the All-Star break hot, winning a big series against the Chicago Cubs. They then took two games out of three against the Cardinals to start the second half of the season which was followed by a four-game sweep over the Brewers. The then climbed over the .500 mark on July 21 in a 13-5 win over the Rockies, putting them just two games out of first place in the National League Central division.

As we all remember, what happened next was the beginning of an epic downfall. The red-hot Gregory Polanco went back on the disabled list after once again aggravating his hamstring. The team elected to replace Polanco with rookie Jordan Luplow, who was simply not ready to be starting games at the major league level. While other teams in the division made trades to get better, the Pirates got worse. They would never get closer to the playoff picture then they were after their July 21 win in Colorado.

On this day two years ago, the Pirates were 51-47 and were two games out of the second wild card spot.

After winning 98 games in the previous season, there were still many people that believed the Bucs were capable of passing the three teams ahead of them.

Yet, there next move they made came six days later when they traded all-star closer Mark Melancon on July 30. The Pirates were 52-50 and only three games out of the wild card (a game closer than they are now) when the deal was made.

The reason the Pirates front office did not go out and make a big move when their club needed it in 2016 and 2017 is simple; they did not believe that their roster was good enough to make a legitimate run in the post season.

With the trade deadline one week from today and their club four games back from the wildcard, you can bet Bob Nutting’s last dollar that they are asking themselves the same question right now.

Like I said, I want the Pirates to add players to their roster. I want them to make additions that will allow this club to be competitive down the stretch. However, I am not sure if my wants match the front offices intentions.

If this group was only two games from a division lead and did nothing last season, why would they put all of their chips in on a team who, at best will have the chance to play in a one game playoff?

From 2011 to 2015, the Pirates front office did a decent job of improving their teams at the trade deadline.

Each season, the team seemed to add someone that would address an area of need. However, that has not been the case in the past two seasons. Perhaps trading prospects away just to be eliminated in a one game playoff in back to back seasons has made the Pirates front office hesitant to go all in because they feel that more of the same will occur.

More eyes are on the Pirates now than there were at any point of the season, which means more people are seeing Corey Dickerson hit the cover off the ball, Ivan Nova make consistently good starts, Richard Rodriguez pitch well out of the bullpen and David Freese continue to prove that he is a solid bench player.

The trade value of those four players along with a few others might not ever be higher than it is right now. If recent history indicates anything, it tells me that the Pirates still need to see much more from this current group to drop their label as a seller.

Time will tell what route the Pirates front office will take.

Their 10-game win streak has been impressive, but has it been enough to separate this group from the team’s in the past two seasons?

If not, how much closer do they have to get until the front office starts to once again believe in this ball club?

The fans are certainly all in. They want to see this team make a post season push. In the next seven days we will see if the front office feels the same way.