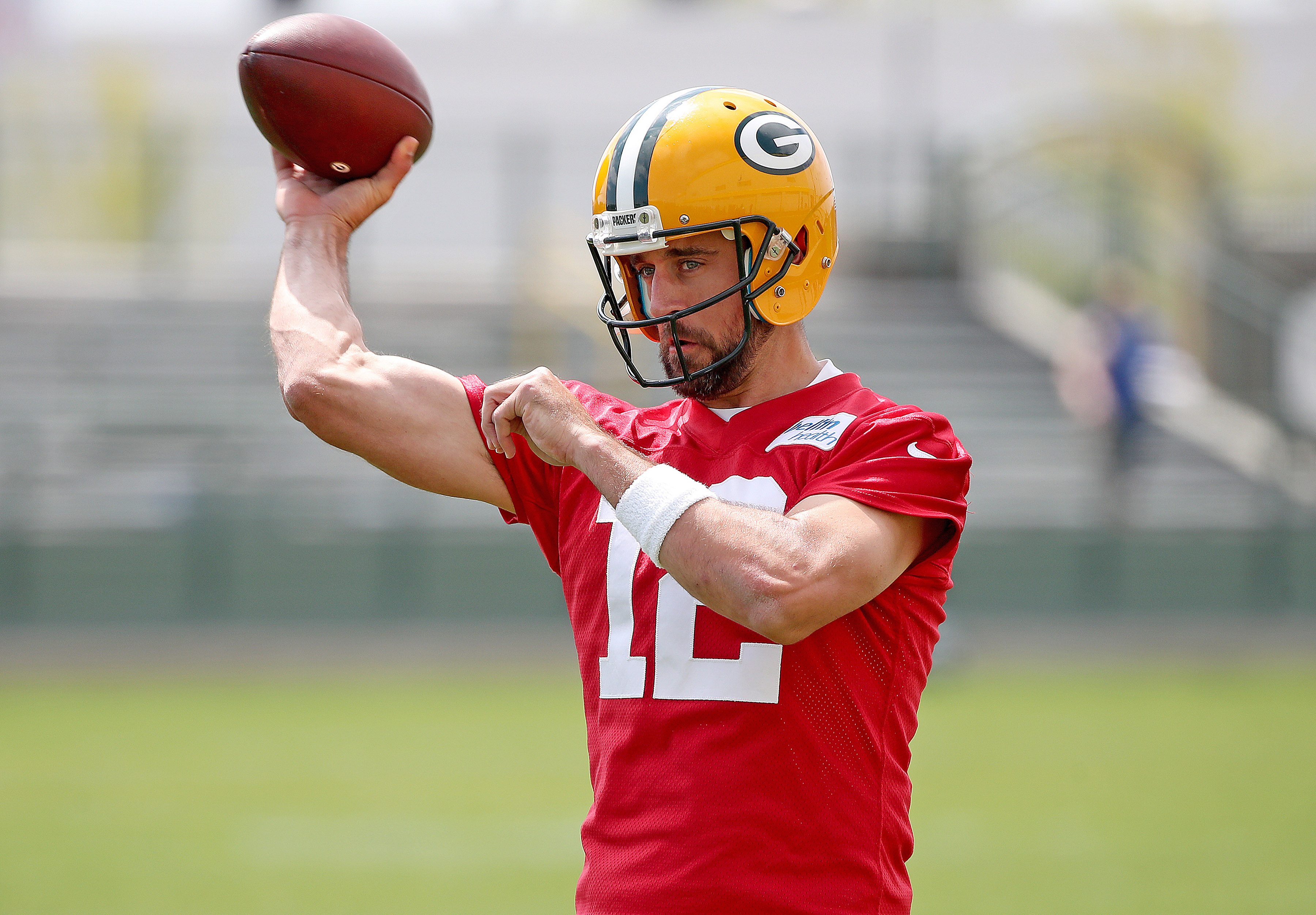 The Green Bay Packers training camp gets under way July 26. After a busy offseason, the 2018 campaign is finally here. On paper, the Packers should be playoff contenders this season, but it’s a long road between the start of training camp and clinching a playoff berth.

Here are five keys to watch for as the Pack start their preparations for the 2018 season:

5) Getting Aaron Rodgers Ready for the Season

While every summer, the Packers need to get their star QBs timing back, that need is exceptionally acute this year. Rodgers only played one game after October in 2017 after breaking his collarbone. He also has several new targets to add to the mix including three new draft choices at wide receiver and free agent tight ends Jimmy Graham and Marcedes Lewis.

Don’t expect to see Rodgers much in the first two preseason games. The Pack will still be cautious with him. But A-Rod will need to get his timing down with his new receivers and make sure his arm is ready for battle when the regular season opens September 9 against the Bears.

The other issue concerning Rodgers remains his contract. Rodgers arguably the best quarterback in the NFL today yet he is not close to being the highest paid signal caller.

There has been a lot of talk during the offseason of making the Packers star QB the highest paid player in the league, but no deal on an extension has been reached. GM Brian Gutekunst has to keep Rodgers happy and make sure the contract situation does not become a distraction.

3) Who Will Provide Depth at Edge Rusher?

Clay Matthews and Nick Perry are both talented pass rushers, but both players have had trouble staying healthy and Matthews is certainly past his prime and can no longer dominate a game like he did a few years ago.

Matthews himself acknowledged there were question marks at the outside linebacker position. “Obviously, you look at the depth at the outside-linebacker position, and it’s not that great,” he told NFL.com during OTAs in May. “That’s not a slight to the guys who are behind Nick and myself, but you look around the league, a lot of times they’re rotating in pass rushers.”

The Pack needs at least one of their backups to step up and provide some pressure on opposing QBs if they hope to improve their defense. Vince Biegel, Kyler Fackrell and Reggie Gilbert are the leading candidates on the roster as camp opens. All have shown flashes of ability, but none has done it consistently during regular season action. Keep an eye on who, if anybody, steps up to fill this role as training camp progresses.

2) Who Will Start in the Secondary?

The Packers secondary will look very different than it did in 2017. Green Bay spent its first two draft picks on cornerbacks this year, but how much can they expect from rookies Josh Jackson and Jaire Alexander? Veterans Tramon Williams and Davon House were brought back to add depth and mentor the young CBs. Kevin  King has the size and speed to be special but now needs to prove he can do it consistently on the field.

At safety, Ha-Ha Clinton-Dix needs to bounce back from a sub par 2017 campaign and return to the form that made him a Pro Bowl player the year before. Josh Jones is healthy this year and needs to make a leap forward in his second NFL campaign to prove he was worth a second-round pick and can be an established starter in the NFL. The depth at safety also remains a question mark.

There is talent here, but players need to define and grow into their roles for the Green Bay pass defense to take a big step forward.

The Packers have a new defensive coordinator in Mike Pettine. How quickly can the team become comfortable playing his new system? There will be an adjustment period, but Mike McCarthy has to hope it won’t take too long.

Dom Capers’ system was a bit too predictable and the Packers defense had trouble getting off the field on third downs. Opponents converted 42.79 percent of third down chances against the Pack in 2017 which ranked them 28th in the league. That number has to improve under Pettine.

Overall, the Green Bay defense ranked 22nd in the league in yards allowed. If the defense is even slightly above average, the Pack should have a realistic chance to make the playoffs in the competitive NFC with a healthy Rodgers.

Pettine’s defense is simple on his players but takes great pains to disguise their intentions to confuse opposing offenses. It’s a defense that has been successful in the past. All five seasons Pettine has been a defensive coordinator in the NFL, his teams have ranked in the top 10 in yards in the league.

If the Packers can learn his defense quickly, they have a very good chance to have a successful 2018.