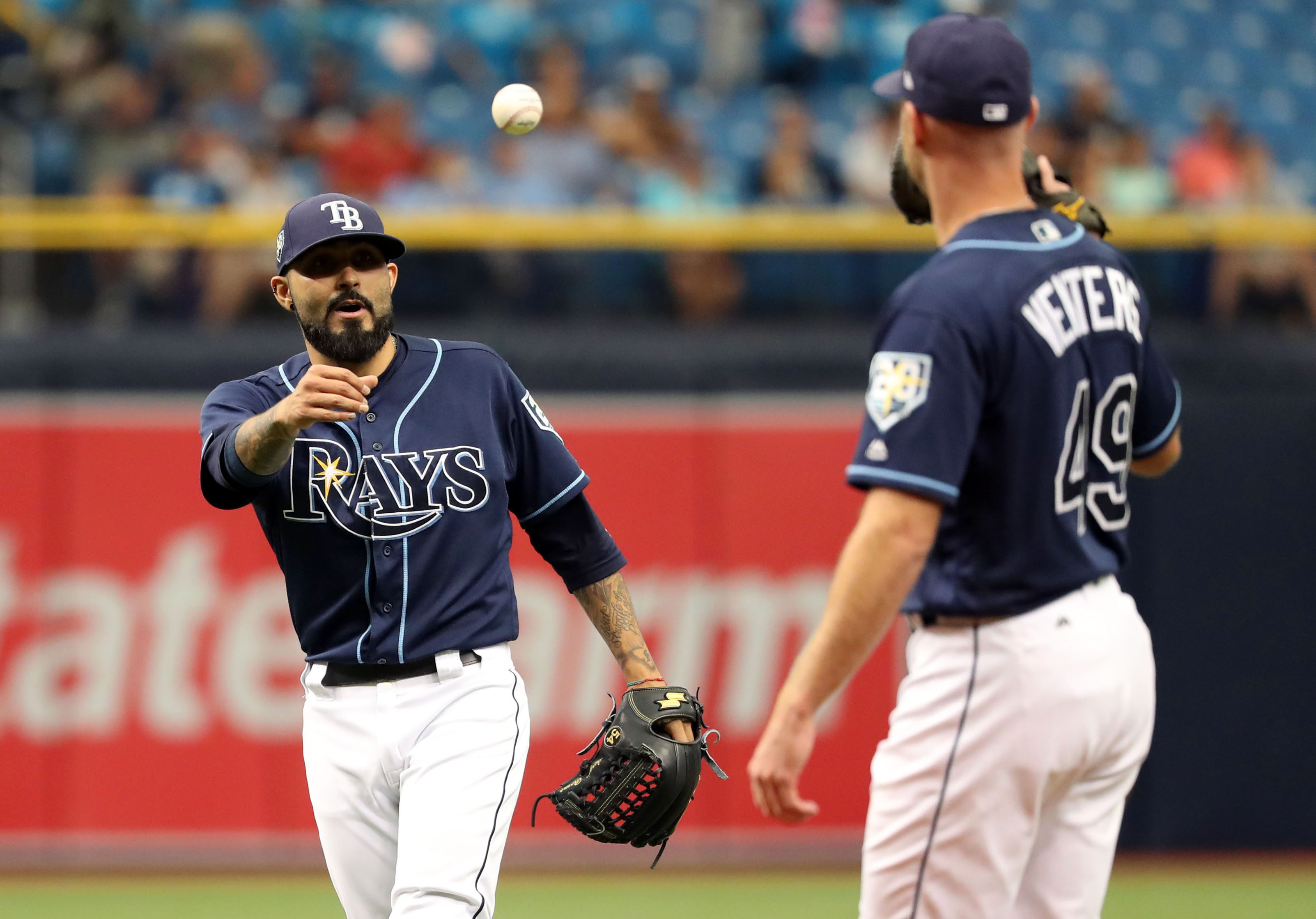 The biggest piece of news to come from the Tampa Bay Rays on Wednesday likely involved Nathan Eovaldi getting traded to the Boston Red Sox. However, manager Kevin Cash did his best to get some on-field attention with the way he utilized reliever Sergio Romo.

When Romo signed a one-year, $2.5 million deal to return to Tampa after a solid finish to 2017, it easily went under the radar. Little did we know what kind of impact he’d have on the club.

Against the New York Yankees Wednesday, Romo recorded the save after tossing 1.1 shutout innings of work. Since this is the Rays we’re talking about, his outing wasn’t exactly conventional because he played third base for one batter.

It also produced this wonderful stat.

Earlier today, Sergio Romo became the first player to play third base and be credited with a save in the same game since the save became an official MLB stat in 1969 pic.twitter.com/WehjFRF2sA

But what if we could track something like this further than 1969? Luckily, someone did and made this stat even cooler.

Sergio Romo is the first player to play third base and be credited with a save in the same game since Joe Gedeon in 1913.

When trying to navigate a tough lineup like the one New York runs out on a nightly basis, you sometimes have to get a little creative. That’s why Cash brought Jonny Venters in to face the left-handed hitting Greg Bird, which resulted in a groundout to second base before Romo returned to the mound to finish off the ballgame.

The maneuvering of players was fun to watch, as well. To put Romo at third, Matt Duffy moved to shortstop, which ended the night for Willy Adames. Once Venters did his job, Romo went back to the center of the diamond, Duffy returned to third base, and Adeiny Hechavarria entered to take over shortstop duties.

We can poke fun at the Rays’ approach toward handling a pitching staff all we want, but they’re actually getting results. While earning a playoff spot still looks like a long shot at the moment, they’ve erased a slow start and enter Thursday’s games with a 52-50 record.

The pitching staff has accumulated 10.3 fWAR, which is among the top 10 in baseball, and their cumulative 3.71 ERA is even better, ranking seventh in the league. Tampa Bay needs to get creative to stay competitive on the field, and it seems as if they’ve found something that’s working.

Was it surprising to hear that a reliever briefly played third base prior to recording a save? Well, of course it was. Hearing that the Rays were the team to do it was probably the least surprising part, though.