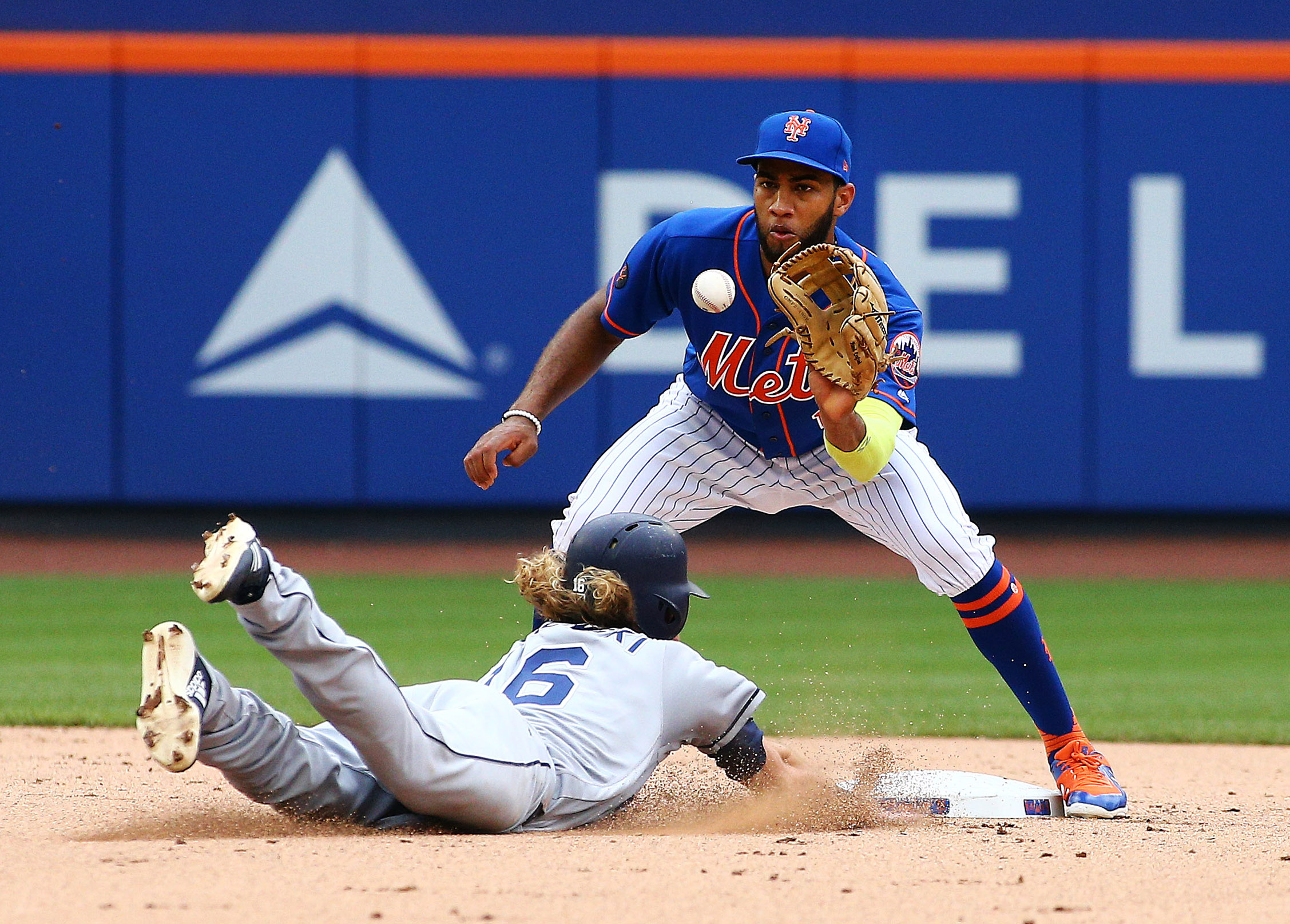 The New York Mets (42-57) have to be feeling good right now. After defeating the San Diego Padres yesterday, the Mets secured their first series victory since the middle of May and have a winning record in the month of July. None of this changes the fact that there could be big changes for the Mets in the next few days, with players like Asdrubal Cabrera, Wilmer Flores, and Zack Wheeler potentially on the move prior to the July 31st trade deadline. Before the Mets get there, however, they kick off a six game road trip tonight with a weekend set against the red hot Pittsburgh Pirates (53-50). First pitch for the first of four is scheduled for 7:05 pm at PNC Park.

Jul 25, 2018; New York City, NY, USA; San Diego Padres right fielder Travis Jankowski (16) is out at second base after being picked off first base against the New York Mets during the fifth inning at Citi Field. Mandatory Credit: Andy Marlin-USA TODAY Sports

The Mets will send lefty Steven Matz (4-8, 3.65 ERA) to the mound tonight. Matz was hit hard in his last start, giving up five runs in five innings to lose to the New York Yankees last Saturday. The Pirates will counter with rookie right hander Nick Kingham (5-4, 4.11 ERA). Kingham picked up his fifth win of the year in his last start, allowing only two runs in 6.1 innings to defeat the Cincinnati Reds last Saturday.