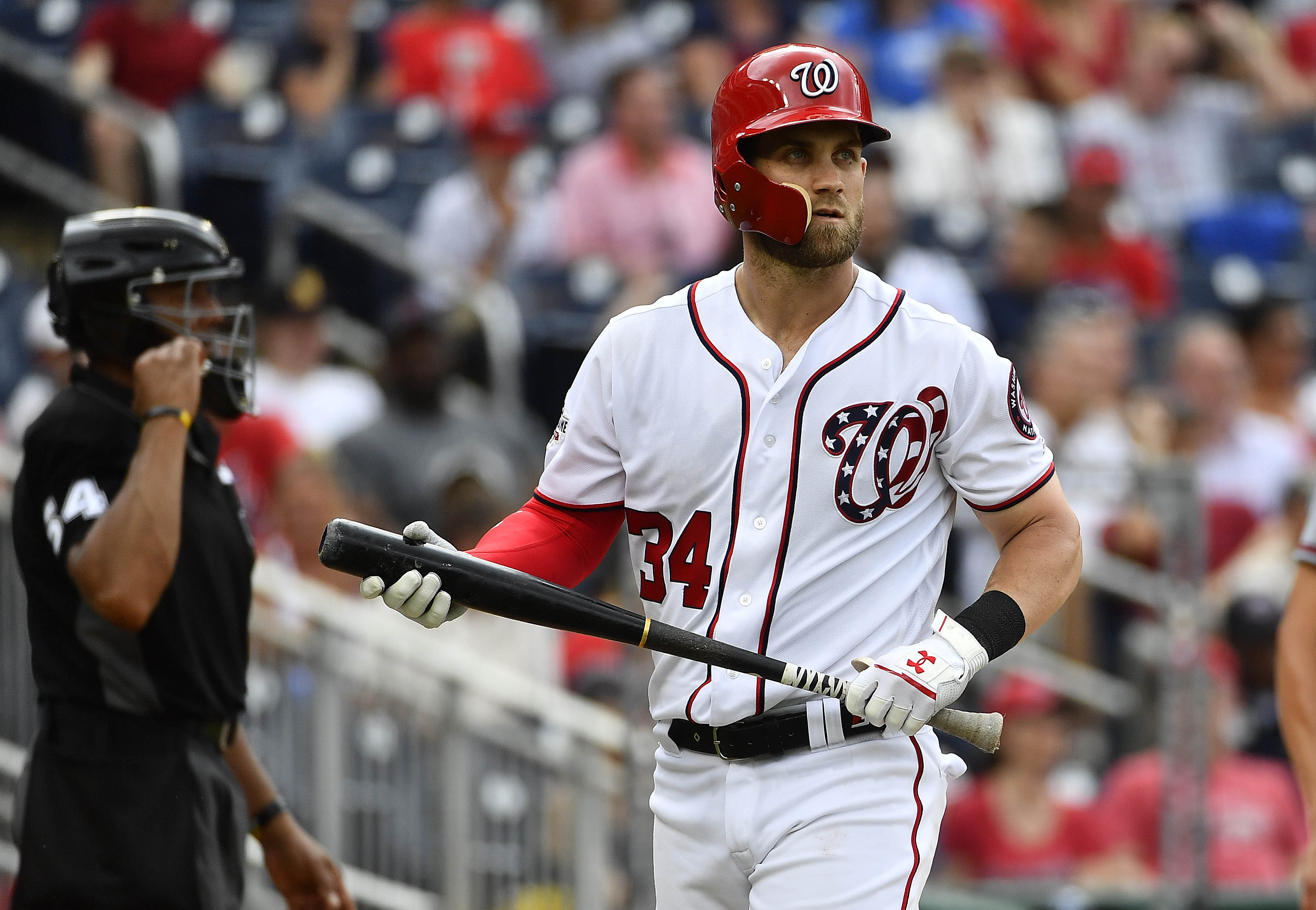 The 2018 season is an important one for Washington Nationals outfielder Bryce Harper. Not only is he hoping to play in October for the third consecutive year (and maybe, you know, win a postseason series), but he’s also preparing for a trip into free agency shortly after his 26th birthday.

Harper earned his fourth consecutive (sixth overall) All-Star appearance this year, but he could’ve very easily not been selected based off his stats. While he did slug 23 homers, the outfielder entered the break with a lackluster .214/.365/.468 triple slash.

That’s not a typical line for a big-league All-Star. Or for Harper.

His extraordinarily high on-base percentage despite a low batting average should catch your eye, though. As it turns out, Harper is currently in some rare company, according to Baseball Reference.

Only 6 players in MLB history have had a higher OBP, while posting a BA under .220, than Bryce Harper this season https://t.co/OUIj2EX8Bw pic.twitter.com/s9I1If6vI4

His 120 wRC+ prior to Thursday’s game against the Miami Marlins is also pretty dang good. After all, it’s near the same level of overall offensive production as guys like Ozzie Albies (123) and Miguel Andujar (123), while being better than Edwin Encarnacion (115), Didi Gregorius (111), and Matt Olson (115).

Harper’s season at the plate hasn’t gone how he’s hoped so far, but he’s at least still finding ways to bring value to the Nats’ offense.