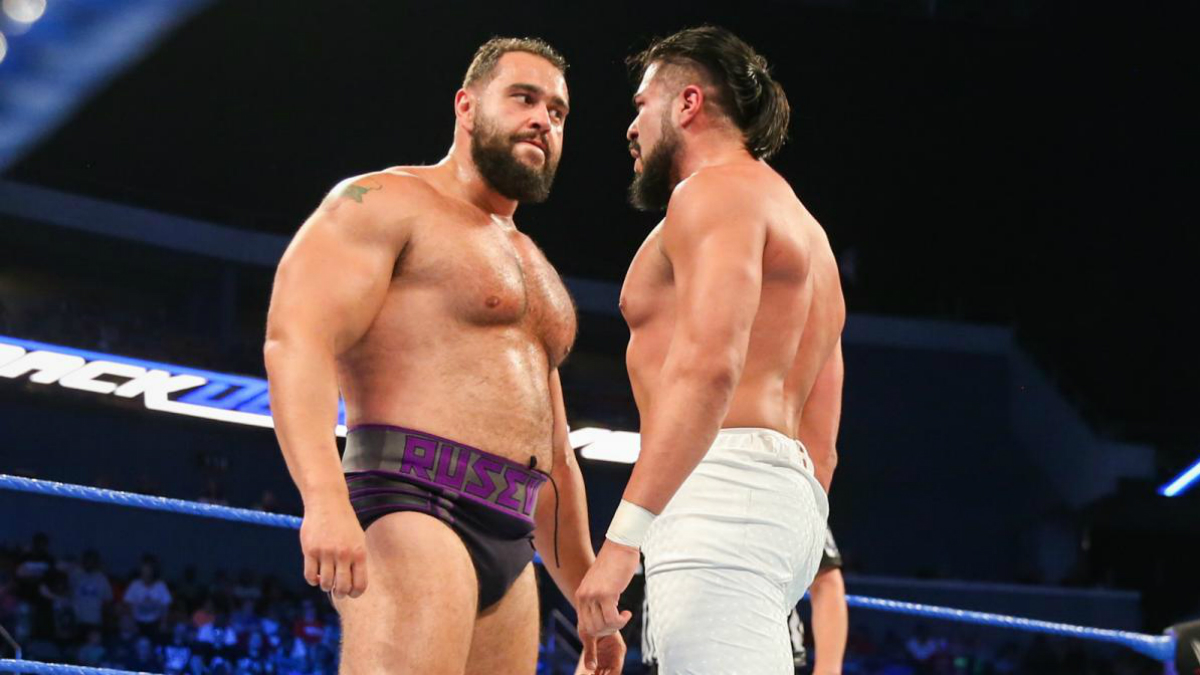 On SmackDown Live is AJ Styles unexpectedlt found out who his opponent is at SummerSlam, which was revealed during a contract segment. After months of successfully feuding against Shinsuke Nakamura, former United States Champion Rusev had the opportunity to compete for the title for the first time at Extreme Rules. At the conclusion of the match, Rusev was unsuccessful, and Styles was able to continue his streak as champion.

Following this win, Paige revealed that she would announce a new number one contender for the WWE Championship, at SmackDown Live. During the segment – where James Ellsworth was also fired – Samoa Joe sneak-attacked Styles, and signed the contract, officially putting him as the top contender for the title.

Did @SamoaJoe just SIGN the contract to face @AJStylesOrg for the #WWETitle at #SummerSlam? #SDLive pic.twitter.com/6iyBTZhj9i

On a previous episode of SmackDown Live, the show opened with Styles competing against former NXT Champion Andrade “Cien” Almas. Almas, who came up to the main roster from NXT during the Superstar Shake-up, has not received much television exposure in the three-and-a-half months of being on the roster. With the exception of feuding with Sin Cara, WWE has not utilized his talents for the wide audience to see.

However, Almas has been used much more in the past few weeks, picking up a win against Sin Cara at Extreme Rules, and also on SmackDown Live. Moreover, he looked very impressive during his match against Styles, coming close on numerous occasions of securing a surprise victory. Almas has been so impressive, he could be in line for a big push, according to PWInsider (via What Culture).

Apparently, Almas’ match with Styles caught the eye of management, and even sparked interest from Vince McMahon himself, that they now are considering him to be a top star of the brand. This reported push looked to have already started, as he defeated Rusev at the latest episode of SmackDown Live.

Before officially joining the SmackDown Live roster, Almas also appeared as an entrant in the 2018 Royal Rumble match, lasting nearly 30 minutes before getting eliminated by Randy Orton.