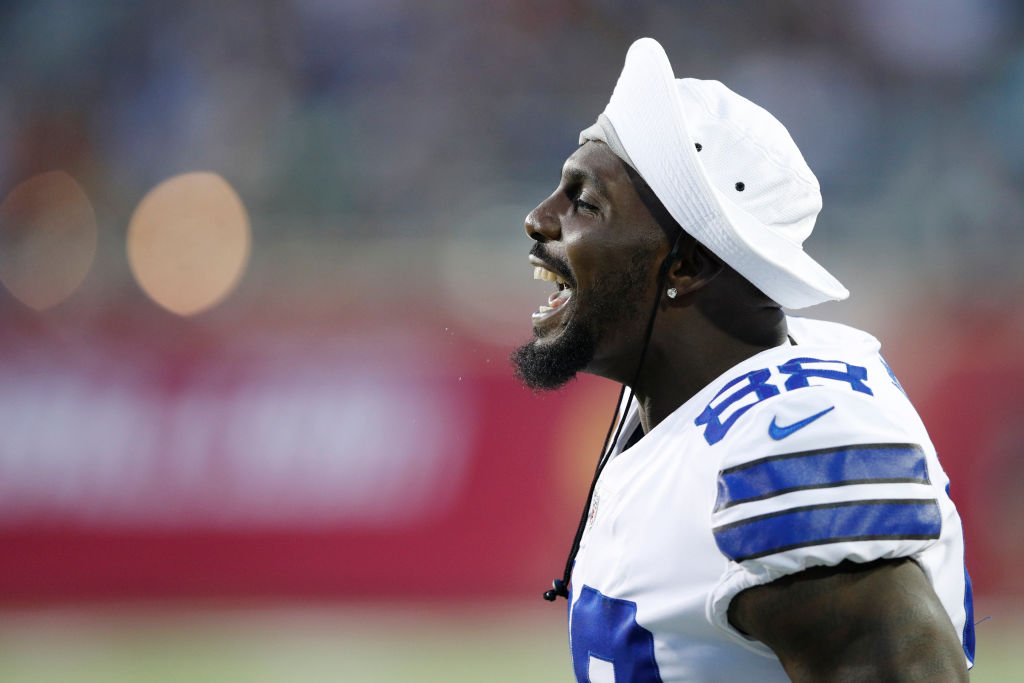 If the Dallas Cowboys releasing Dez Bryant back in April didn’t already represent a breakup song, it sure does now. Bryant took to Twitter on Friday night to drop a few tracks of his own – his “Cry Me A River” if you would.

There a few classic singles, talking about “clueless” Jerry Jones. But he also even threw a surprise dart at a Sean Lee who’s otherwise known as one of the most respected and devoted players on the team, if not the entire league.

What follows is a brief look at his impromptu takedown and a few suggestions for some title listings.

He’s not clueless.. Jerry was the only one who was clueless.. shit was a planned to get me out ask Travis and my brother snake Lee I mean Sean Lee https://t.co/7BK9cEkW90

Yea he suppose to been my brother .. we laughed talk about goals and stuff he sat right across from me in the locker room..never thought we had a problem.. I got cut.. he was the first to know.. I find out he was also behind it
Damn!! https://t.co/KgNfu9f2uU

Lee responded with his own take on his relationship with Bryant.

Sean Lee had a short, firm statement on the comments directed at him by Dez Bryant earlier today #cowboyswire pic.twitter.com/8vH6lGxkQS

I promise i am not angry.. https://t.co/3xePHws3Pr

But not all of Bryant’s comments have a bad ending. He gave a quick shoutout to a few supporters left on the team including Dak Prescott, Ezekiel Elliott, and fellow receivers Cole Beasley and Terrance Williams.

Last thing… I always been @dak @EzekielElliott @Bease11 @TerranceWill2 I can’t tag everyone but you know who you are # 1 supporters and still am.. I want them to achieve everything they got they mind on

I’m not looking for nothing.. so let’s set the record straight… I just decided not to take no shit from anybody anymore.. go rerun the summer.. I haven’t seen or talked about my future with the Jones all summers last day of free agency I got cut.. no fool here..@ me next time https://t.co/Pvm94jrUkV

Bryant tweeted that he “simply responded” to Jones’ comments, reassuring multiple times on his timeline that he’s not angry despite the tone of his tirade, responding to dozens of random comments mischaracterizing his point of view.

When Dez tweets…What Dez Bryant told me this afternoon following his response to a Stephen Jones interview with Sirius XM pic.twitter.com/b3jU6Yfyuw

As of 9:30 p.m. EST, Bryant continues to respond to Twitter users and media members’ reactions, saying that staying silent over the past couple of months hasn’t worked. He has yet to find a new team to play for, though the Cleveland Browns reportedly expressed interest earlier this week.

With this recent tirade fighting fire with a flamethrower, it will be incredibly interesting to see if any offer sheets come his way before the preseason.