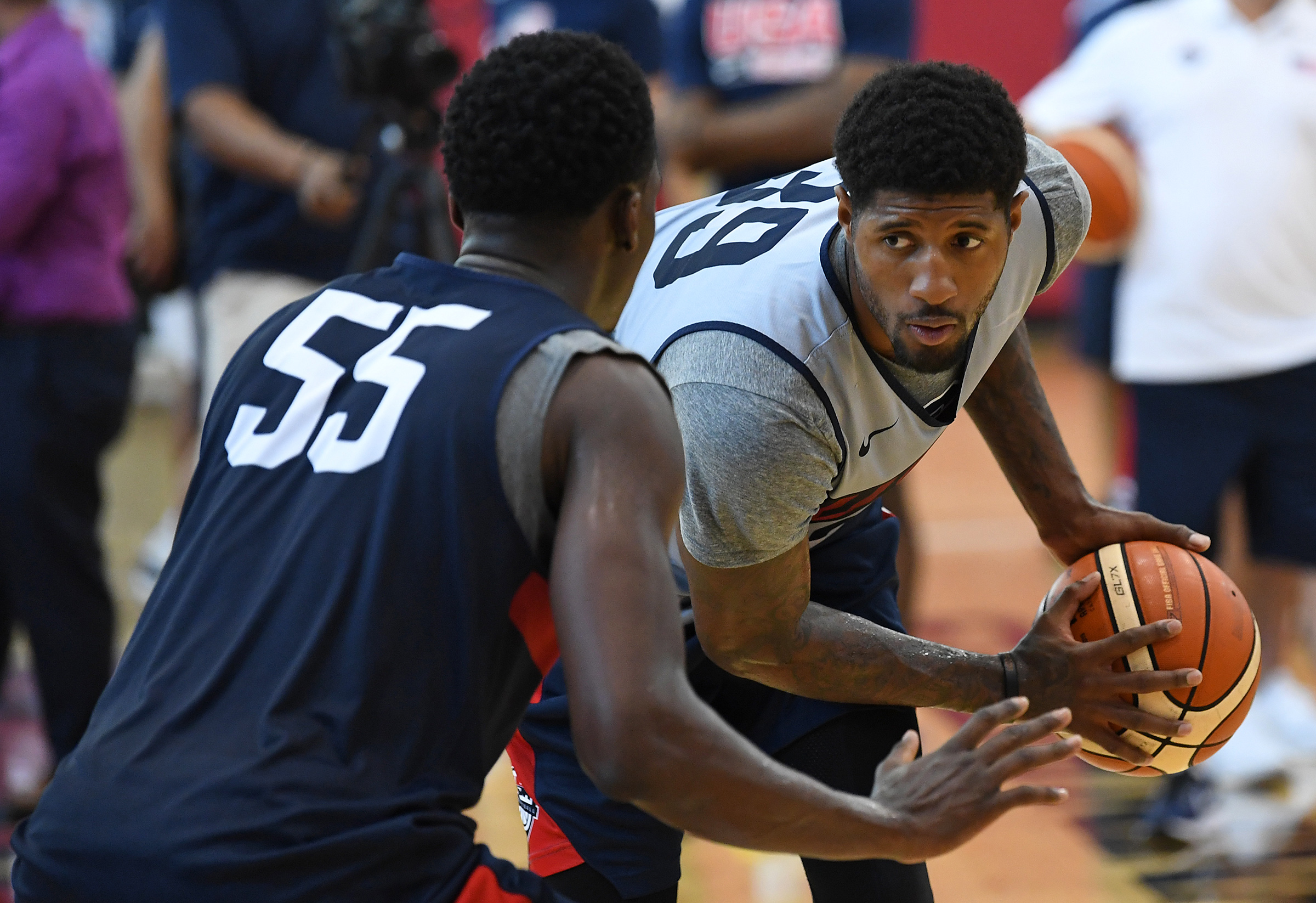 There had been a growing sentiment around the league for more than the last year prior to the start of the 2018 free agency that All-Star forward Paul George had some strong interest in possibly joining the Los Angeles Lakers.

However, this didn’t come to fruition with George surprisingly not even taking a sitdown meeting with the Lakers as he made his decision known publicly that he was returning to the Oklahoma City Thunder about an hour before the start of free agency earlier this month. According to Sam Amick of USA TODAY Sports, the 28-year-old has finally revealed why he didn’t even speak with Los Angeles ahead of making his decision.

“The reason why I didn’t (take a meeting) is that coming down to free agency and before it was about to open (on July 1), I felt really good where I was at,” George said. “I felt I was in a good place with Oklahoma. I wanted to come back to LA. That story was true. The narrative on that was true.

“That’s where my heart was. But this year, being in Oklahoma, I felt really good about the situation, I felt really good going forward, and I didn’t want to waste nobody’s time and take a meeting. And now I’m straddling the fence, putting more stress and more pressure on the situation. I felt good about it. I felt great where we were at, so I decided to do it early, to get it over with, and start to build. I didn’t get that chance to last summer, because I got traded late in the summer. So I never got that chance to start fresh, to work to get better with Russ and work to get better with the Thunder. So I wanted to attack that early and get ready for my career.”

There was some clear interest in joining the Lakers that was weighing on George, but the experience he had in his first season with the Thunder playing alongside All-Star point guard Russell Westbrook was enough to sway him to stay. This gave him enough of an inkling that things were headed in the right direction that pushed him to make his choice quite early on in the process.

It may have been a loss for the Lakers, but the team was still able to snag the big fish in free agency with All-Star forward LeBron James committing to a four-year, $153 million deal. This has given them a superstar to build around for the next few seasons that should lead them back to relevancy in the NBA.

If anything, this should provide some closure to that chapter with George for the Lakers and their fanbase on why he went about things ahead of the start of free agency and choice to stay in Oklahoma City.