Kevin Newman, Matt Duffy, And An Outside The Box Upgrade 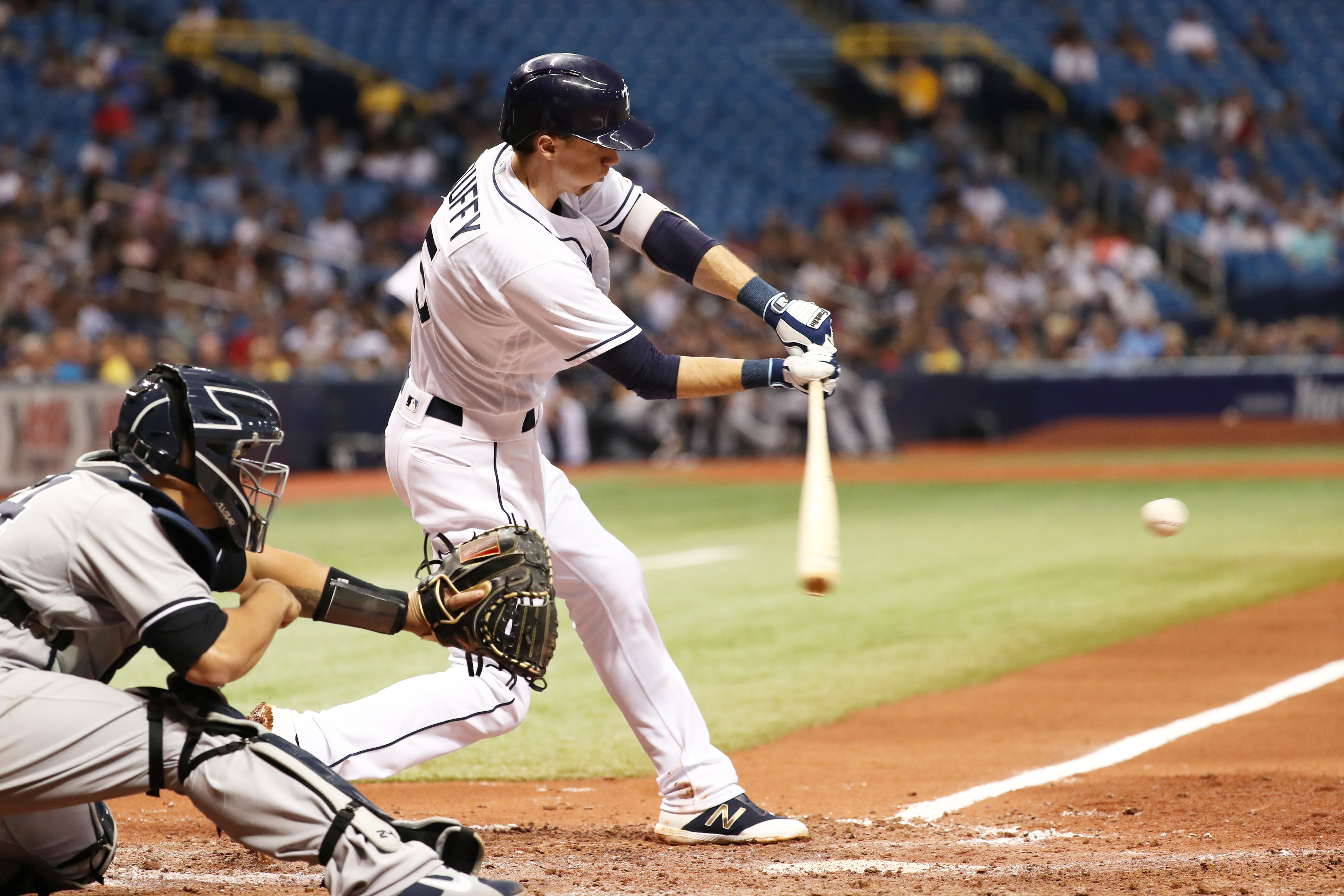 Kevin Newman, Matt Duffy, And An Outside The Box Upgrade

Kevin Newman is knocking at the door at the top level of the minor leagues.  Matt Duffy is a contact oriented player that lacks power.  The Pittsburgh Pirates need a middle infield upgrade.  How all three are intertwined.

The Pirates made Kevin Newman their first round pick in 2015, as Newman fit with the direction the club was looking to go with the offensive profile.  The former Arizona shortstop hit two career home runs as a Wildcat and posted a .421 slugging percentage with a .337 average; Newman’s slugging was boosted from the high contact ability.

At the time of the draft, MLB Pipeline gave Newman a 60 hit tool and a 20 power tool.  In other words, a high contact player who should hit for a high average with no power, and he only has average speed (50) with the contact profile.  That makes his ceiling a little bit lower.

Fast forward three years and the tools are a 55 hit, 30 power, and a 55 speed; a little less hit tool but still a high contact player who should hit for a good average, very little power, and a little bit better than average speed.

The hit grade and power grade can be seen in his minor league numbers at all the levels:

Looking at his rates is another way to demonstrate the high contact ability, low strikeout rates coming with the bat to ball ability:

Newman doesn’t strikeout much, a positive sign for a player with not much power, and with his profile of putting the ball in play the walk rate will be lower.  The one thing is the BAbip, which normally shows if a player is a bit lucky or unlucky when the defense can make a play.  For a top hitter you’d rather see some high BAbip’s in the minor leagues, as they drive the ball over and make consistent hard contact.  Newman hasn’t done that at Double-A or Triple-A, but that could also play a part with the power profile; not consistent hard contact but a consistent bat to ball player.

There’s also the question on if he can remain at shortstop, he’s put up 0.1 fielding runs above average (FRAA) in his time in Indianapolis (-0.3 this year).  In Altoona he put up 0.9 FRAA, so he’s been about a league average fielder according to the play-by-play data, matching up with the 50 defense MLB Pipeline gave him.

A high contact oriented bat with low power and average defense at shortstop doesn’t really bring excitement.  But the one player that the Pirates can look at in hopes of who Newman becomes offensively is Matt Duffy, the Tampa Bay Rays third baseman.

Matt Duffy came over to the Rays from the San Francisco Giants for Matt Moore in 2016.  Like Newman, his profile is that of a high contact low power hitter.  His grades in 2014 were a 55 hit and 30 power, high bat to ball contact.

The player to dream that Newman becomes is Duffy, who has produced these slash lines in his career:

2015 Duffy finished second in the Rookie of the Year race as he hit near .300 with limited power.  Duffy was limited in 2016 with an Achilles injury and he missed all of 2017.

Duffy possesses low strikeout rates and walk rates while having a higher than most BAbip:

This season Duffy has his highest strikeout rate of his limited career, but the league non pitcher mark is 21.7 percent.  The walk rate is also below average, league is an 8.7 percent rate.  But that fits the profile of a high contact player; they get the ball on the ball and don’t get into deep counts and walk.

The BAbip is high, .360, but hitters are more likely to maintain high BAbips than pitchers.  Duffy with a 55 hit in the minors is a good hitter who can sustain higher BAbips, though .330 (career mark) is more reasonable going forward than the .360.

Numbers are one thing, here’s a look of the two players swings, Newman’s a double to right and Duffy’s a single to right.

Newman is more square where Duffy is open, and Newman is more bent over.  Newman takes a small stride trusting his hands to get to the ball and Duffy has a higher leg kick.  But both are able to take their hands and get it through the zone quickly, allowing them to get the low and in fastball and take it to right showing off their ability to be an above average bat to ball hitter.

For his career Duffy has fluttered around a league average hitter, .319 wOBA, and if Newman became a league average hitter at shortstop the Pirates would take it.  That’s not a star player, but it’s enough to be an improvement over Jordy Mercer.  That should be the hope of who Newman can become, Matt Duffy, as they both have limited power but have quick bats and are able to get the bat to the ball.

But why wait around for the hope a minor league player reaches the level of a current major league player, especially when the team needs help in the middle infield?

Duffy has really only played third base in his career, his career breakdown is 284 games at third, 29 at short, and 18 at second.  But Duffy was a shortstop in the minors, moving over to third base because Brandon Crawford held down the spot at short.  When Duffy originally came over, he was supposed to be the shortstop with Evan Longoria at third.

With having already dealt Nathan Eovaldi and Matt Andriese, Duffy could be next, though he’s under club control this year for just $310,000 and is arbitration eligible in 2019 and 2020.  He shouldn’t make too much next year in arbitration, making him still fit perfectly the Rays mold of players and roster construction; in fact their current projected payroll is $46.4 million.

But with Daniel Robertson producing, and both Willy Adames and Christian Arroyo ready, Duffy might not have a spot in the starting nine, as the Rays always look to balance their roster construction now and the future.  Roster turnover is part of their style of play.

If Duffy is made available, the Pirates should look to target him as an upgrade to their middle infield.  Even if Duffy’s Achilles has caused shortstop to be a long shot, he could slide over to the other side and play second with two and a half years before free agency.

Duffy provides certainty at second, or short if he could still play it, with two years and two months before free agency.  He’s also a known player both offensively and defensively, there’s not a question on what he could become like there is with Newman, he’s already at 1400 plate appearances as a high contact and low power player.  He’s already transitioned to the majors and performed.

The other players who could represent an upgrade would be Brian Dozier (below league average so far and is a rental), Asdrubal Cabrera (bad defense and is a rental), and Ehire Adrianza (worse track record than Duffy, free agent after 2020).

Matt Duffy is the hope of what Kevin Newman’s bat can become and play at the major league level; whether that can happen is still in question.  And with the Pirates close to the playoffs, only 3.5 games out of the wild card, they could use an upgrade to the middle infield.

Duffy would provide that, assuming he’s available, and shortens up on the holes for 2019 and 2020.  It would be an outside the box way to improve the middle infield, trading for a third baseman, but it would upgrade the Pirates for now and later.  It would also allow Newman to be opened up for a trade to upgrade the current and future team.