Is Sonny Gray realistic or a pipe dream for the Pirates? 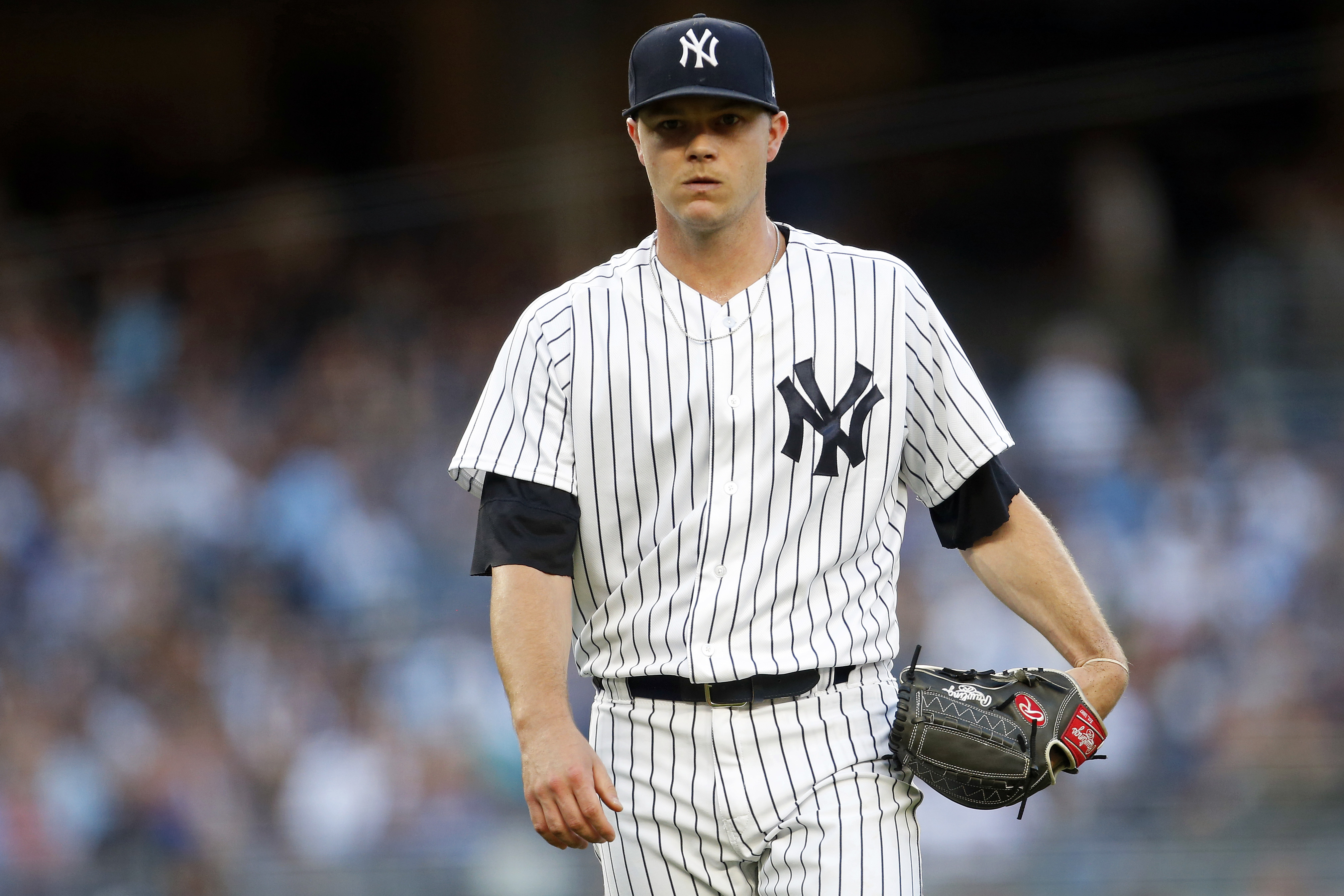 Is Sonny Gray realistic or a pipe dream for the Pirates?

As we inch closer and closer to Major League Baseball’s non-waiver trade deadline on Tuesday, the Pittsburgh Pirates have been popping up across the rumor mill. The general consensus across the board is that the Bucs are going to “buy” this year, thanks to the 11-game winning streak that put them at least into talks of playoff contention.

While Texas Rangers closer Keone Kela’s name has been linked to Pittsburgh, fans have been clamoring to pickup another front end starting pitcher, and understandably so.

The Pirates rotation has been solid the last few weeks but peripherals say that will change, and probably soon. So Neal Huntington should go out and get a guy to compliment Jameson Taillon.

He was shipped to the New York Yankees from Oakland at last year’s trade deadline. Let’s just say that things haven’t gone as planned for the Yankees.

As this was being written, Gray was hit in the thumb by a comebacker during his start against the Kansas City Royals. He was set to undergo precautionary x-rays last night so read this with the intent that he will be good to go for his next start.

New York isn’t for everyone

After 30 starts for the Yankees, Gray has accumulated a 4.69 ERA/4.60FIP, and those would be higher if he had fewer road starts.

One positive is that his strikeout numbers have increased from his Oakland days. As an Athletic, he had a 7.7 K/9, whereas in New York he is at 8.4K/9.

However, his walk and home run totals have also gone up as well. The latter is to be expected playing in Yankee Stadium. Of the 12 home runs he has allowed this year, nine have come at Yankee Stadium.

In 2018 alone, his overall numbers at home are downright atrocious. When the Yankees play in the Bronx, Gray holds at 7.62 ERA over 41.1 innings. Not to mention his K/BB ratio is 31/26. When it comes down to the nitty gritty of playoff time, the Yankees are going to be looking for much, much more than that.

A few days ago, Jon Heyman, of Fancred, reported that the Yankees were looking to add to the rotation, not deplete it. They did just that by acquiring J.A. Happ yesterday from the Toronto Blue Jays.

One has to wonder if the New York brass is as fed up with Gray as the fan base is. Most likely, they are but could we see them push through his struggles?

There’s said to be a bit of interest in Sonny Gray in trade, as there are folks who believe he’d do better in another market. But Yanks’ main interest is in adding to rotation, not subtracting from it.

What would they want in return?

While Gray has been awful in New York, one can’t forget that he did finish third in Cy Young voting in 2015. Fortunately for the Pirates, his history has very little say in what he is worth today.

The Yankees gave Oakland a nice group of prospects last year, including a former first-round pick who hasn’t pitched since 2016 after requiring Tommy John surgery.

However, Gray’s market has most likely dropped substantially due to his performance. He does, however, still have one year of control through arbitration before becoming a free agent in 2020. Not exactly the control the Pirates would be looking for but he is more than just a half-year rental.

First off, the Yanks may not end up needing a starting pitcher in return. They house Justus Sheffield in Triple A Scranton/Wilkes Barre. Sheffield is currently the Yankees number one prospect, and 28th in MLB, according to MLB.com.

They did, however, just trade their utility man, Brandon Drury to the Blue Jays in the Happ deal.

That leads me to think the Yankees would be looking for a veteran bench bat that can play infield and outfield. Boy, doesn’t Josh Harrison fit that bill.

Harrison hasn’t had the greatest 2018, including missing several weeks with a broken hand. In fact, over his last 25 games played, he’s slashing just .198/.229/.297 with two home runs and nine RBI.

Swapping places would present entirely different opportunities for both players. Gray could relax in a smaller, less intense market. Harrison could go back to what got him to the majors, playing all over the field and coming off the bench as a pinch hitter. He’s a fan favorite in Pittsburgh but people need to learn to let go. Plus, he’d have a better chance to chase a World Series ring, something he mentioned in his trade request in February.

Also, just to mention it, Aaron Judge got hit in the hand last night and is out for at least three weeks. Is Corey Dickerson too much for a struggling Gray?

Either of these moves would also allow the Pirates to call up prospects Austin Meadows, Kevin Newman, or Kevin Kramer to be an everyday player. Both Newman and Kramer are having great seasons in Triple A Indianapolis and obviously Meadows’ has already spent time in Pittsburgh. Neither of these options are bad, in my opinion.

This could all be a long shot (it probably is), but when you dive into it, it’s honestly not as crazy as you might think.