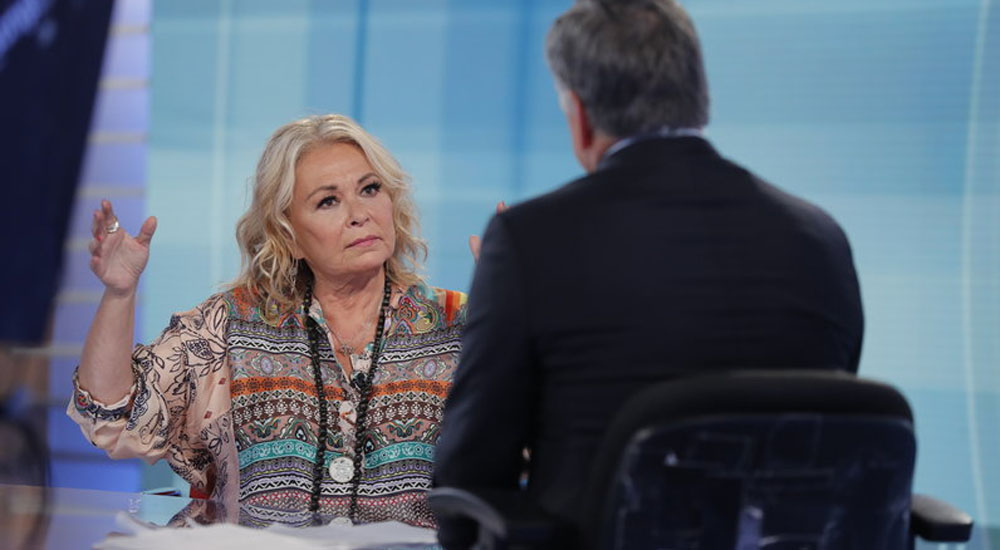 It’s been nearly thirty years since Roseanne Barr took the mound at Jack Murphy Stadium and entertained(?) the San Diego crowd with “The Star-Spangled Banner”.

Thursday night, during her rambling attempt at a mea culpa on “Hannity”, the disgraced comedienne brought up, among other things, that July 1990 night when she punctuated her rendition of the national anthem with a crotch grab and a spit.

Barr laughed it all off, opting not take the heat and, naturally, blamed someone else for her controversial antics.

“That’s what the stupid pitcher told me to do…I was trying to make him laugh,” Barr said. “I learned a lesson…never take comedy advice from a pitcher.”

The pitcher in question was, in fact, longtime catcher Mark Parent…but that all depends on who you ask.

“Mark thought she should act like a player and grab her crotch, and spit, like most baseball players. So he was trying to be helpful and trying to make it funny,” former Padres VP of marketing Andy Strasberg said. “Well, she did this at the end of the song. That was also, absolutely, positively misconstrued, but understandably so, by the fans.”

Parent, on the other hand, disagrees.

“[Parent] told Roseanne Barr not to act like a ballplayer and don’t scratch and spit,” a representative for the now-Chicago White Sox coach told The Sporting News. “She took it upon herself to do it, trying to be funny.”