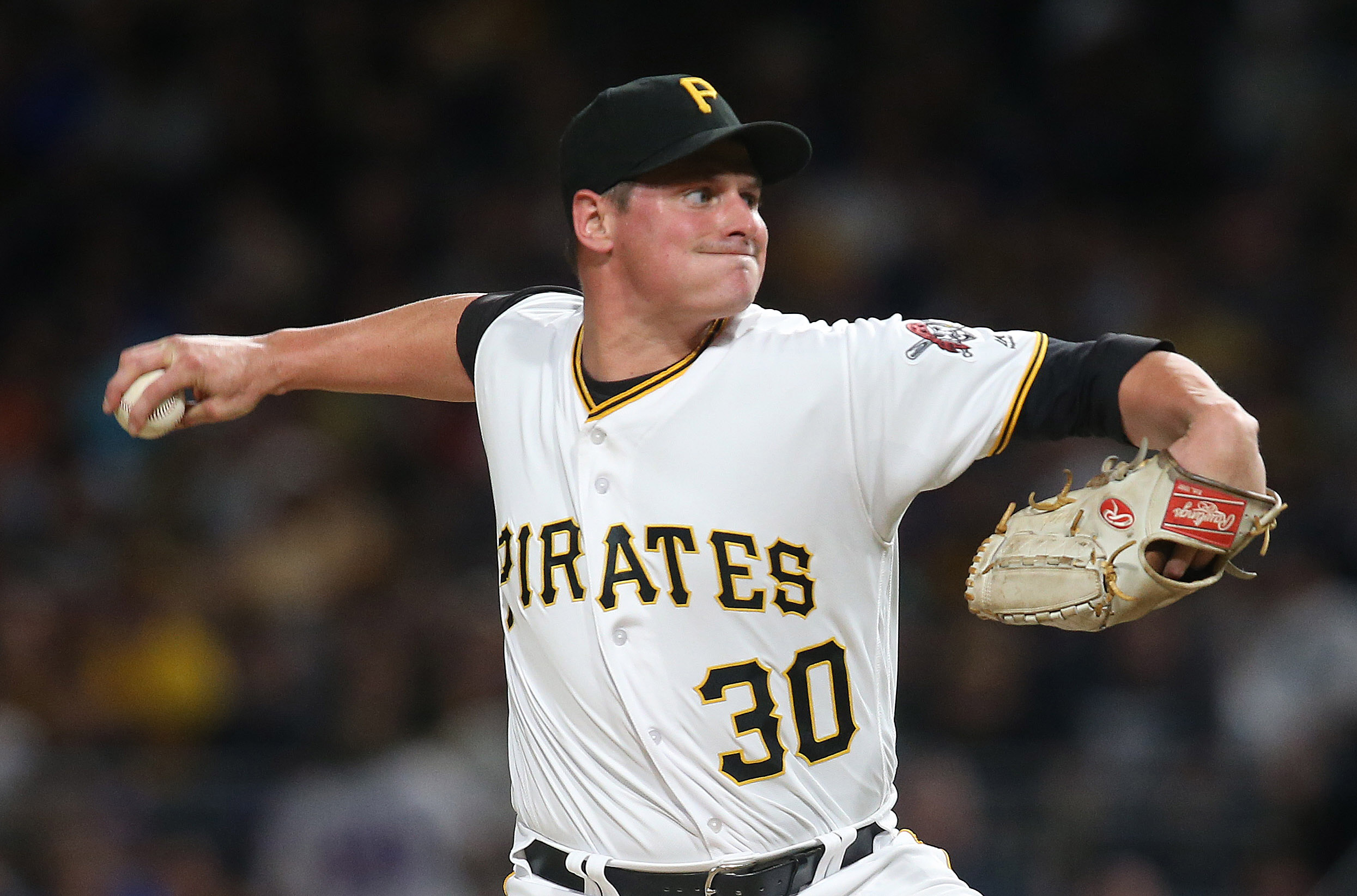 Kyle Crick has performed well for the Pittsburgh Pirates backend of the bullpen so far this season.  Combined with Felipe Vazquez, the Pirates eighth and ninth innings have been locked down.

So far on the season, Kyle Crick has a 2.03 ERA, 2.64 FIP, and 26.0 percent strikeout rate.  Crick has tossed 23.2 of his 40 innings (59 percent) in the eighth inning this year, and his addition has made it lockdown late in games.  Stephen Loftus over at Fangraphs recently wrote about his Return to Relevance, focusing on how he’s changed since being in Double-A Richmond.

While he focused on the slider in movement with numbers, I want to illustrate it visually; an area of importance as numbers need context and seeing things visually is an important way to learn and understand what is happening.

But first, some more numbers from Brooks Baseball:

The sinker (2-seam) is more of a third pitch to the fourseam and slider (Crick has also thrown eight changeups), but the illustration of just how good his slider has been – which has the highest spin rate in all of baseball – is in the whiff/swing column.  38.24 percent of swings against Crick’s slider have resulted in a swing and miss, which has led 41.67 percent of at bats ending in a slider to be a strikeout.

Furthermore, when the ball is put in play, the results are unimpressive for the hitter; the slider has held opponents to a 0.083 average and .194 slugging in his 36 at bats ending in the pitch.  It has been excellent, and for numbers on the pitch movement, Steven has them in the link above.

Now for the visual part, seeing how the pitches move and interact with each other.  Using the pitchRx package, he’s how Crick’s pitch mix has looked this year on average:

The fastball and slider travel on the same path; Crick tries to either go down and away or down and in, and the slider comes in about 13 miles per hour less than the heater and drops down out of the zone.

Here’s a static view of the pitches with the commit points from Baseball Savant:

The fourseam and slider break similar where as the twoseam runs in on the right-handed batters or runs away from the left-handed batters.  The three pitches work in sync with each other, and the slider has been a weapon to get strikeouts with.  Here’s a swing and miss he got Jose Bautista on during Saturday’s game:

The ball out of the hand looks like the heater and darts away far out of the zone for a swing and miss.  Here’s the at bat from the Baseball Savant pitch tracking tool:

The two sliders followed the same path and were all in between the heaters, making it tough to distinguish the pitches.  Throwing 96 and being able to base the slider off it and have it break down and out of the zone with a velocity differential has been a key for Crick this season.