What Jake Ryan's Injury Means for the Packers 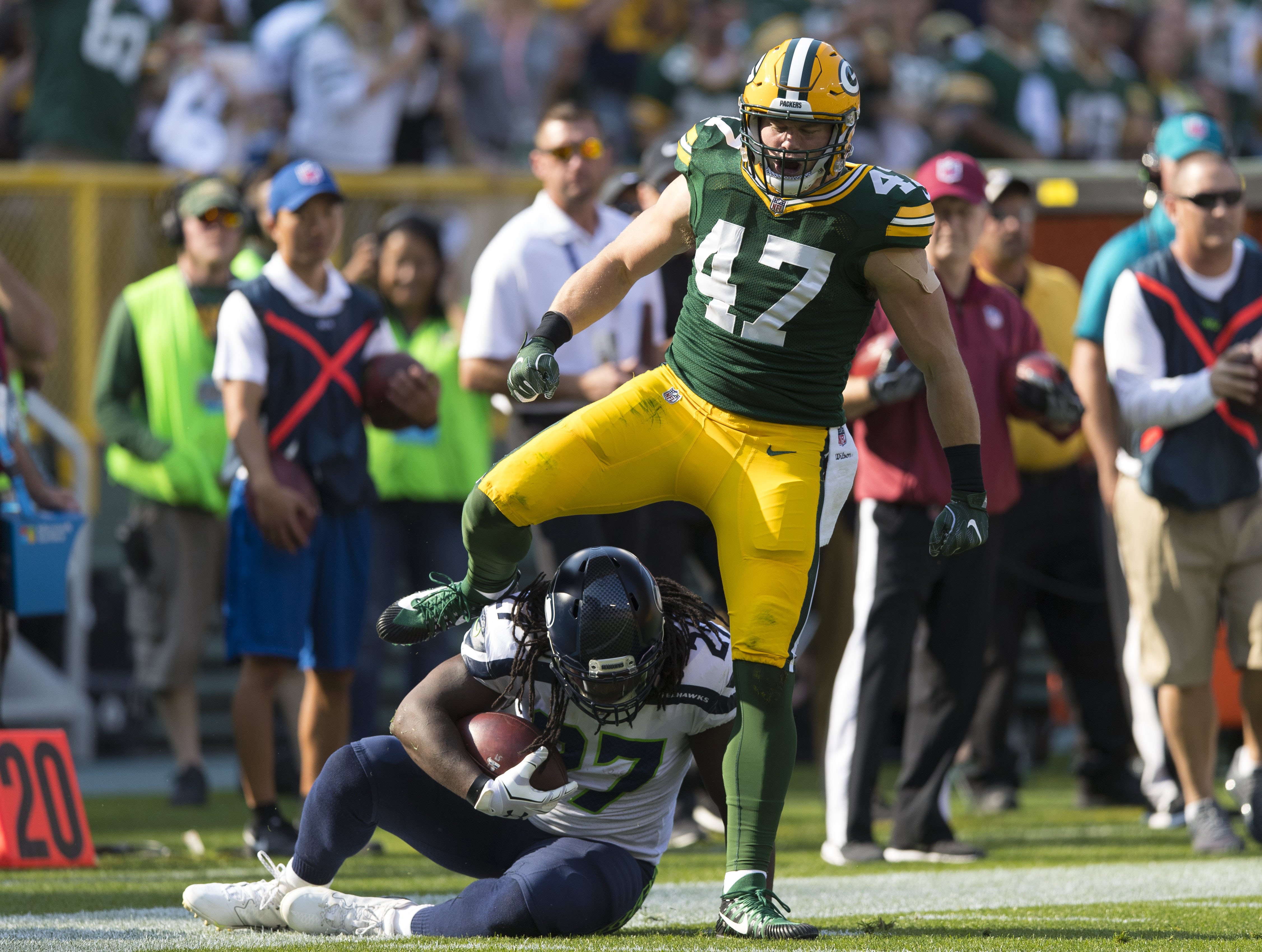 What Jake Ryan's Injury Means for the Packers

The injury bug hit the Packers hard during Monday’s practice as two starters, inside linebacker Jake Ryan and safety Kentrell Brice went down with apparently serious injuries. While the Packers won’t give an official update until Mike McCarthy’sTuesday morning, initial reports indicated that Ryan’s injury may be serious and possibly even season ending.

“He was just devastated,” fellow ILB Blake Martinez told ESPN. “Obviously, he was super-excited about the season. He’s been putting a tremendous amount of work in. He’s been awesome throughout OTAs and these past four practices. It’s been good for him. It’s just really tough.”

Ryan is entering his fourth NFL season. The Packers drafted him in the fourth round of the 2015 NFL Draft out of Michigan. In 2017, Ryan had a career-best 89 tackles and added one sack while appearing in 15 games.

If Ryan misses significant time, rookie Oren Burks may be the first in line to replace him. The Packers selected Burks in the third round of this year’s draft. The Vanderbilt alum was expected to challenge Ryan for playing time although his timetable was most likely accelerated significantly after today’s injury. Instead of adjusting to the NFL game gradually and being eased into the lineup, Burks will now get significant reps in practice and preseason games. If he’s equal to the challenge, he may even be the Packers starter for the regular-season opener.

One of Burks’ biggest assets is his speed. In fact, he played free safety as a sophomore at Vandy. He was expected to help the Packers in coverage on obvious passing downs, something Ryan struggled with at times last season. His skill set would be a good compliment for Martinez who is the Packers best inside linebacker against the run.

Burks expressed readiness for his new assignment. “Responsibilities go up immediately, and it’s something I’m comfortable with,” Burks said after practice. “Prayers for him. I hope he’s back and healthy, because we need him in the room. The charisma he brings, just easing our anxieties a little bit when we make a mistake … It’s always comforting to have somebody a little older than you watching over your shoulder to help out. But we just have to step up. This is a new opportunity.”

If Burks is not ready for starting duty, the Packers have several other options. Defensive back Quinten Rollins has practiced at the ILB position in the dime package. The Packers have also been pleased with the play of undrafted rookie Greer Martini out of Notre Dame. The 6’3″, 232-pound has impressed coaches during the first few days of camp, but it would be a big jump from undrafted rookie to opening day starter. It is also possible the Packers could opt to add a veteran free agent to fortify the position.

While many looked at Ryan as a player that could lose his starting job this season, losing him to injury this early in training camp will be a challenge for new defensive coordinator Mike Pettine. At least his replacement will have plenty of reps in practice to prepare for the job. It’s important for the Packers that somebody be equal to the task.