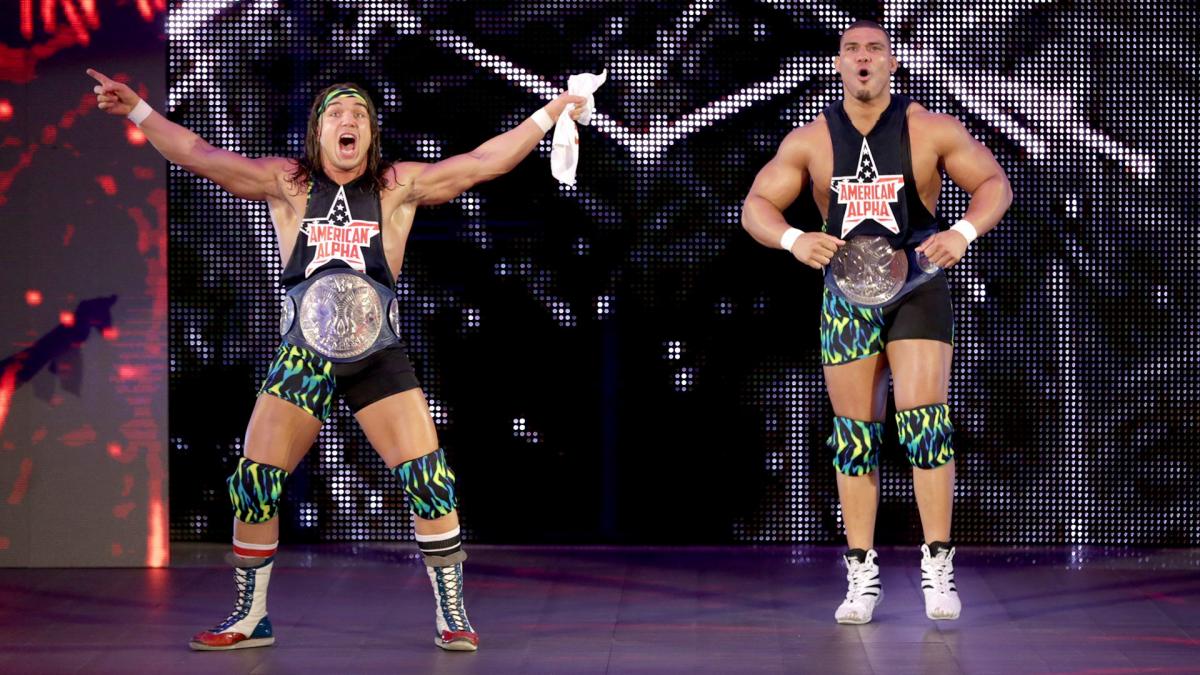 WWE fans could soon be in for a treat, if they were fans of the tag team American Alpha, that is.

Recently on an episode of Wrestling Observer Live, Bryan Alvarez stated that current plans call for the former tag team champions to come together again. Nursing a neck injury since January, Jason Jordan is scheduled to return to action soon.

With the tag team division booming on Smackdown Live, this move makes sense to bolster the tag scene on Raw.

Jordan and his partner Chad Gable were wildly popular during their time together in NXT, winning the NXT Tag Team titles while also putting on some of the best matches NXT has ever seen.

Then the call-up to the main roster came and like it has gone for so many NXT talents making the jump, it didn’t go well. However, it didn’t start out bad as they had a solid feud with The Uso’s before winning the Smackdown Tag Team titles to close out 2016 in a Four Corners match that involved The Uso’s, Randy Orton and Luke Harper and the team of Rhyno and Heath Slater.

American Alpha was right where fans expected them to be. But it didn’t last.

Jordan and Gable lost the titles the following March and that summer, Jordan was moved over to Raw after a storyline began in which he was revealed as the illegitimate son of Kurt Angle.

Gable found a new partner in Shelton Benjamin and that team seemed to work well together until WWE chose to inexplicably split them up in the most recent Superstar Shake-Up in which Gable was drafted over to Raw.

But it doesn’t seem as though there was much of a plan with Gable being on Raw as the former Olympic wrestler has floundered on the flagship show.

Current tag teams on Raw include The B Team, Titus Worldwide, Dash and Dawson, Authors of Pain, Deleters of Worlds, The Ascension and Breezango, though Fandango is currently injured.

There are some intriguing matchups in there. Most notably, a program with Authors of Pain makes a lot of sense, as there was never really anything resolved in NXT when AOP made their debut by attacking American Alpha.

Should WWE make the call to put this team back together, it could be the spark that what has become a fairly dull tag team division sorely needs.