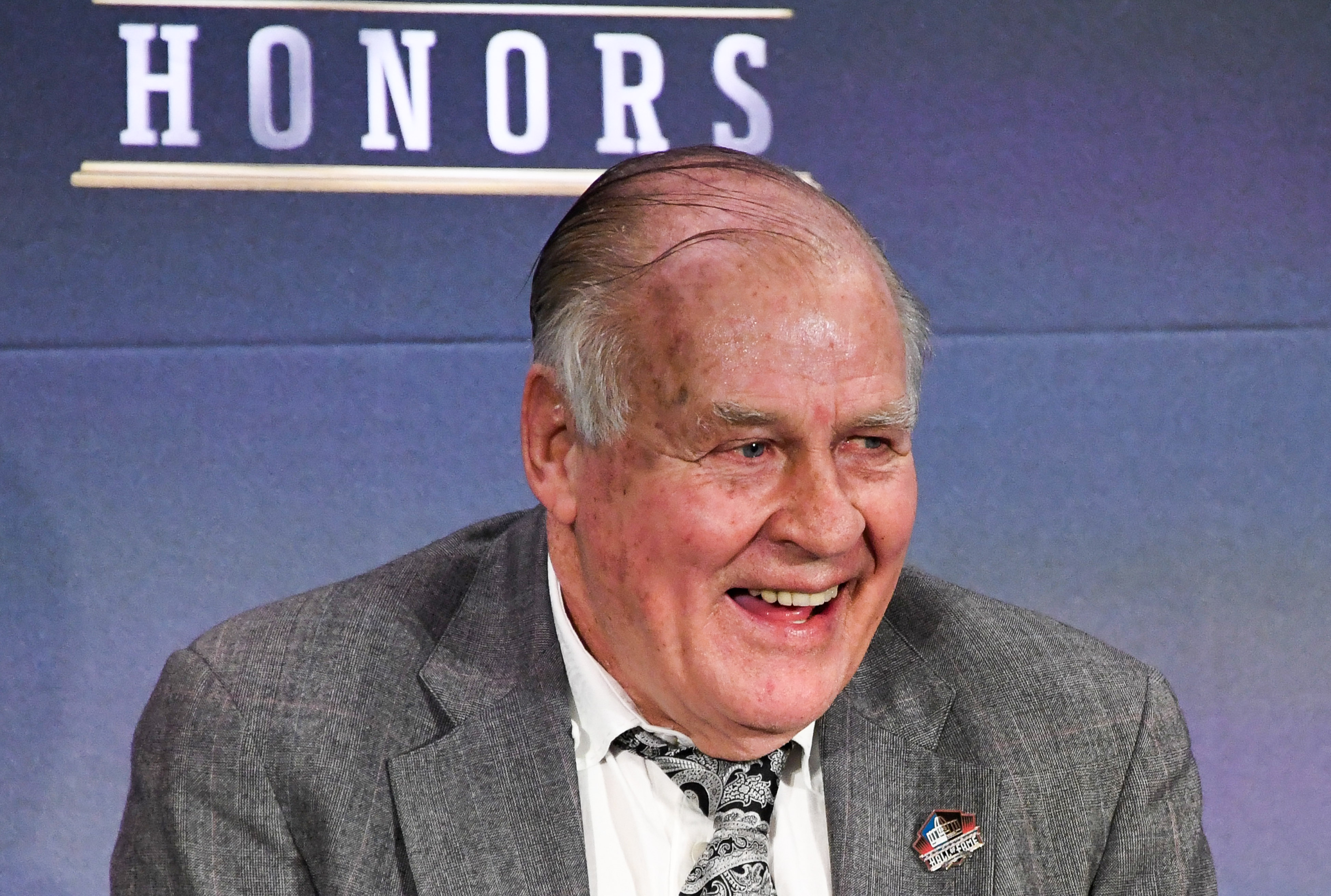 It’s been a long time coming, but Jerry Kramer can finally enjoy, no make that savor, his Pro Football Hall of Fame induction weekend.

Kramer retired from football after the 1968 season. His qualifications for the HOF were unquestioned. In 11 seasons, Kramer was named to five All-Pro teams and was an integral part of Vince Lombardi’s Packers dynasty, winning five NFL championships including the first two Super Bowls. Kramer was the only guard on the NFL’s 50th Anniversary Team, selected in 1969 and until now, he was the only member of that team not enshrined in Canton.

Kramer was one of the pulling guards on Vince Lombardi’s signature play, the power sweep. He led the way as either Jim Taylor or Paul Hornung ran to daylight. He had the respect of teammates and foes alike.

The University of Idaho alum also made the most famous block in NFL history. He and center Ken Bowman moved Cowboys DT Jethro Pugh out of the way to allow Bart Starr to sneak into the end zone with 13 seconds left in the 1967 NFL Championship Game. The Packers won 21-17 to win their third consecutive championship, a feat that has never been equaled. The temperature at kickoff was 13 degrees below zero and the game is forever known as “The Ice Bowl.”

In addition to his fine play at guard, Kramer also kicked for the Packers when needed. He booted three field goals in the 1962 NFL title game despite the swirling winds at Yankee Stadium. His effort was the difference in the Packers a 16-7 win over the New York Giants.

Kramer also helped promote the game off the field. He teamed with writer Dick Schaap to write the classic book, “Instant Replay” which told the story of the 1967 Packers season. At the time, it gave fans an unprecedented look inside an NFL locker room and huddle.

Yet, from 1973 when he was first eligible until 2018, Kramer never received a call from the Hall of Fame. He was nominated 10 times, but never selected for induction.

It seemed everybody but the selection committee knew Kramer belonged in Canton. When NFL Films did a Top 10 Show on the best players not yet in the Hall of Fame, Kramer was number one on the list.

Kramer also recalled when his selection was announced that HOF Executive Director Joe Horrigan told him, “’Jerry, I want you to know that this will reduce my incoming mail by 90 percent.’”

After waiting 50 years, Kramer was beginning to have doubts about whether he’d ever be selected.

“It was something I was afraid to believe in, afraid to hope for,” Kramer told the Wisconsin State Journal just after finding out he was finally selected for induction this past February. “I just kept trying to keep those emotions out there somewhere.”

There were many theories as to why Kramer had to wait so long for this moment. Some said there were too many Packers from Lombardi’s teams already in the Hall of Fame (Kramer is the 12th player, plus Lombardi makes a baker’s dozen) which created a backlash. Some believe that since Kramer was a guard, a position without much glamor and no statistics to point to that he could get overlooked.

Whatever the reason, it’s all behind him and now, one of the biggest oversights in the history of the Pro Football Hall of Fame has been corrected.

Kramer is 82 and he will enjoy and savor this weekend which was well earned and long overdue. “I’ve had a hell of a ride,” the new Hall of Famer told The Idaho Statesman. “It was a great career, all the wonderful things it’s given me since. I came a hell of a long way from Sandpoint, Idaho. This is the cherry on the sundae, the ultimate honor.”