Your Morning Dump... Where Jay Larranaga's talking Kyrie and IT 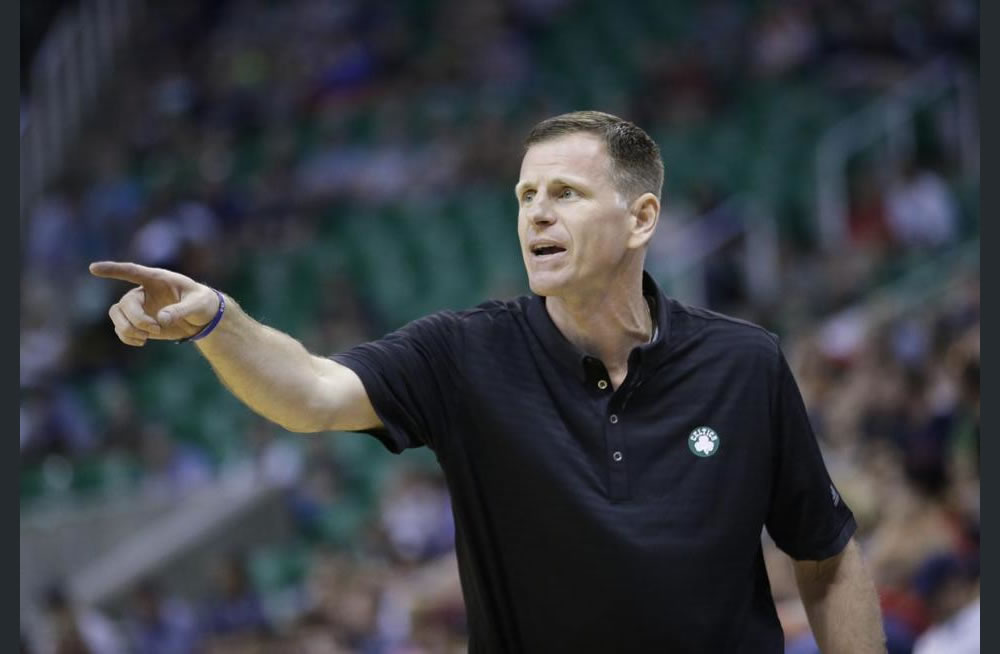 Your Morning Dump... Where Jay Larranaga's talking Kyrie and IT

Celtics’ assistant Jay Larranaga was in Vegas last week as part of the Team USA minicamp. The Globe’s Adam Himmelsbach caught up with him afterward:

“He’s special. He just is. It’s very clear what a charismatic personality he has that people just want to be around, and felt fortunate that we have him on our team.”

Larranaga said he and Irving spoke several times during the minicamp about what will be the most highly anticipated Celtics season since Paul Pierce, Kevin Garnett and Ray Allen were on the team.

“We’re both just anxious for the season to get started,” Larranaga said Thursday in a phone interview from Italy. “I think he’s doing great. You read his body language, and I don’t want to speak for anyone else, but he seems really excited for the direction we’re going, and I think he’s very excited to lead us as well.”

“Isaiah is the best,” Larranaga said. “I told him a bunch of different times in Vegas how much I’ll always owe to him. He’s doing great. He wasn’t able to do any of the live stuff, but he was like the best shooter in every shooting drill. He just made shot after shot, and he feels good. He’s motivated to reestablish himself as one of the best point guards in the league.

“I think he’s healthy. I think he’s in the same situation he’s been in about 100 times in his career where he’s got to just re-prove himself.”

“I go over and introduce myself, and there’s an immediate level of respect because of the success that Brad and Danny have led us to,” Larranaga said. “And talking to coaches throughout the camp, Brad’s name comes up and the immediate reaction is always ‘He’s unbelievable. He’s an amazing coach. He’s an amazing person.’”

At a point in time when people with only a marginal connection to the NBA are speculating wildly about Kyrie’s plans, it’s nice to get even a small nugget of reality.

Yes, we all know that Kyrie hasn’t “committed” to the Celtics beyond this upcoming season–whatever the heck that means. But I think it’s safe to say that he’s not much like LeBron. When LeBron was Kyrie’s age he pulled ‘The Decision’; I don’t see Kyrie doing something similar next summer.

For everyone out there who thinks that Kyrie’s going to want to form a super team, or some other such nonsense, I have only this to say: Look at the Celtics’ roster–he’s already playing for a super team. If everybody stays healthy, the Celtics might end the season with two guys on the NBA All-Defense teams, three guys on the All-NBA team, and the league’s Sixth Man award.

The Mavericks, who selected the eventual 14-year NBA vet with the No. 4-overall pick in the 1992 NBA Draft, added binge scorer Jamal Mashburn with the fourth pick a season later. They took soon-to-be Hall of Famer Jason Kidd with the second selection the next summer. The trio quickly inspired nicknames, most memorably “Triple-J Ranch.”

But the three butted heads, disagreed with higher-ups (to the point that Jackson admittedly almost fought a coach), and jabbed at each other through the media or behind closed doors. They never won more than 36 games together and never made the playoffs.

Once it became apparent that critics of Danny Ainge couldn’t beat him over the head with the ‘Can’t Draft!!!’ club, the Anti-Ainge narrative shifted over to, ‘well, give anybody that many high draft picks, and of course, they’ll be good.’

Look at Sacramento. This year marked their twelfth consecutive in the lottery. Does anyone think this year marks the end of their streak?

“A lot of the success for the players who are ultra talented (comes from), what organization are they in?…You add that piece to it, a young player has no choice but to learn,” Jackson said. “That’s why Jaylen Brown, Jayson Tatum, those guys play extremely well. They play unselfish.”

So Jackson, who speaks from firsthand experience, has one piece of advice to the upcoming stars on the Celtics roster: don’t let personality get in the way of greater success.

“You need to have (confidence) to play this game and be successful…Once that crosses over to a big ego and starts to affect how everybody interacts, that’s when the downfall starts,” he said. “Enjoy what you do. Love what you do. Have a little bit of ego to be the best. But once that overrides everything else, that’s when things start to change on the negative side.”

I like Jackson’s point in the first paragraph above; it’s the primary reason why I think the Sixers are doomed to be mystifying underachievers. The loudest talkers about the NBA never seem to realize just how important the stuff that surrounds the court is to a team’s success.

And, as a result, the collective consciousness of NBA fandom seems to think that talent is all that’s required to assemble a winning team. They do this despite the evidence scattered across the league’s seven decade long history–evidence that stretches from this year’s Rockets and Thunder teams all the way back through to the Knicks teams of the 50s that had Carl Braun, Harry Gallatin and Dick McGuire (all HOFers).

Finally: Scal’s back in the Garden with some other former C’s

It’s a big week for the BIG3, a 3-on-3 summer basketball league created by rapper and actor Ice Cube that’s made up mostly of retired NBA players. Each week of the 10-week season takes the league to a new location, and tonight’s event, which marks Week 7, brings the league to Boston for the first time.

It’ll be something of a reunion of former Celtics players back in the Garden, too. In addition to Scalabrine, tonight will also feature appearances from Nate Robinson, Glen “Big Baby” Davis, Ricky Davis, Marcus Banks, Gary Payton, Mike James and Ryan Hollins.

I think this BIG3 league is going to stick around; Ice Cube seems to have latched onto a reality that few promoters of startup leagues have grasped: You can’t compete head-to-head. Whatever you bring to the table has to be sufficiently different to draw fans of the existing product without requiring them to give up the existing product.

Would people get into a flag-football league with wide-open rules, retired greats, and an eight week long season that runs through the May/June dead spot in the football calendar? Only one way to find out…