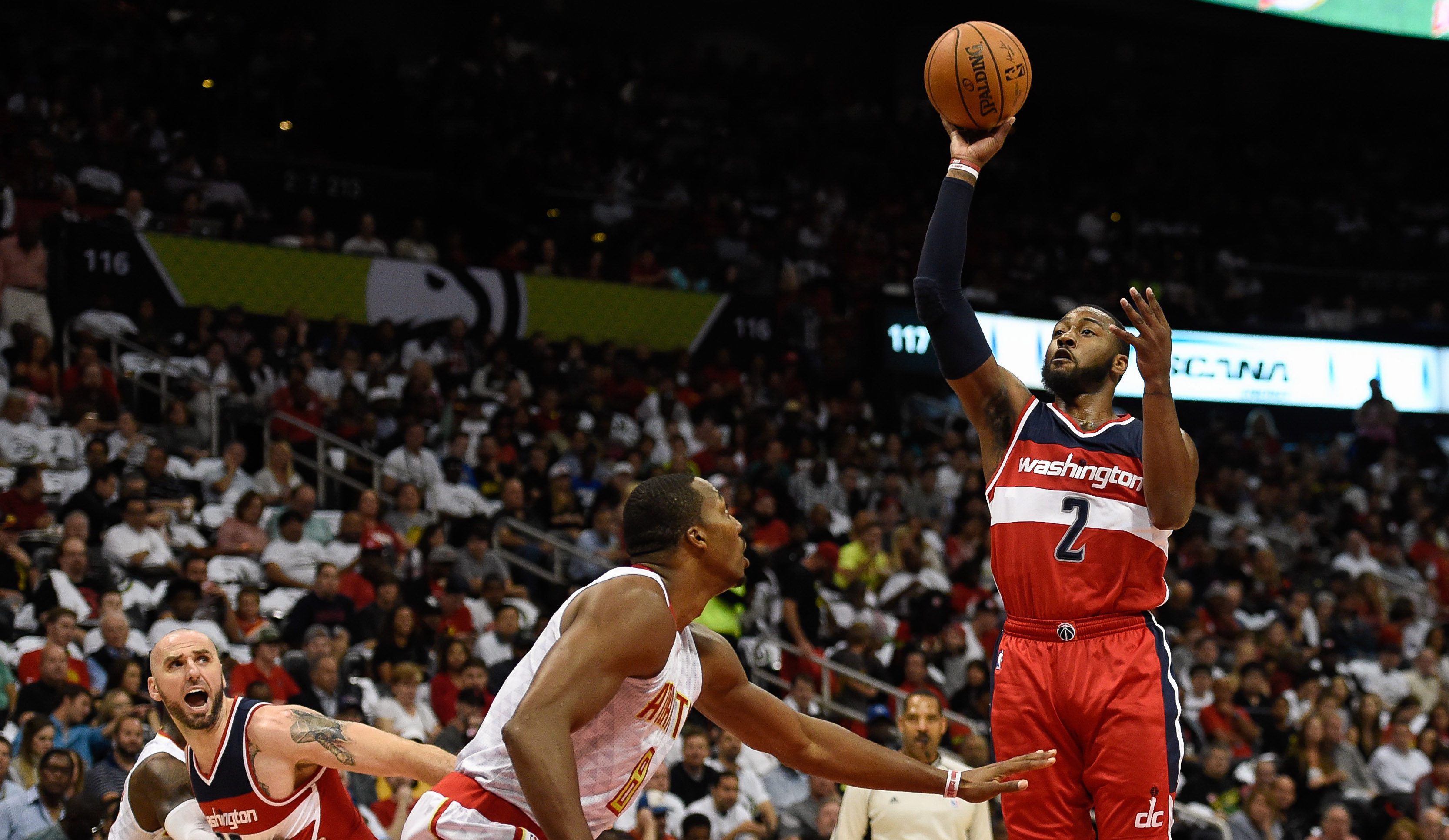 When the Washington Wizards were a game away from the Eastern Conference Finals two seasons ago, it was the most successful the franchise had been in decades. Much of that was a result of catching opposing teams off guard who may have not taken them too seriously as a contender. That was not the case in 2017-18 where they had targets on their backs every night and got everyone’s best shot. With John Wall missing half the season due to injury, locker room dynamics uneasy, and inconsistent play against bad teams, Washington was a first-round exit as the No. 8 seed in the East.

On paper, the Wizards have their most talented roster since the Gilbert Arenas, Antawn Jamison, and Caron Butler era. Their starting lineup is formidable with two All-Star guards, a glue man wing, a decent physical stretch-four, and a Hall of Fame center. The bench, which has been this team’s biggest weakness in recent years, is in a much better place. Tomas Satoransky and Austin Rivers are borderline starting caliber guards, Kelly Oubre provides an athletic wing, and Jeff Green provides Finals leadership.

“For sure, for sure. I definitely think so,” Wall responded when asked if this is the deepest roster he has ever been a part of at his annual Backpack Giveaway. “Just what we have as a starting lineup and then the guys we have off the bench is probably the deepest team by far we’ve had. We had pieces at times. It’s exciting for us, we’re ready to get going. Next week I’ll be in Miami, a couple guys will be down there working out with me and just try and get acclimated and try and get some chemistry going before we go to our own little minicamp.”

Is this the deepest roster you have been a part of?
John Wall: "For sure, for sure."

Wall shares that he is going workout with some teammates in Miami next week before their unofficial minicamp, which Dwight Howard will attend, to get some chemistry going. pic.twitter.com/5eclkgZ1Bx

Despite having a better team than last season and likely having the five-time All-Star point guard for more than 41 regular season games, Washington has not moved the needle much in the eyes of national pundits. Kevin Pelton’s statistical prediction has the Wizards finishing as the No. 7 seed behind the likes of Milwaukee and Miami. Few are giving Washington a chance to secure home court in the first round of the playoffs, but that is just fine for the franchise centerpiece.

“It don’t matter to me,” Wall shared. “A lot of guys don’t talk about me being a top-5 point guard. That’s cool. Just more motivation, more motivation for us as a team. It’s even better when we’re that team that was flying under the radar, we came out and showed people what we was capable of. When we was the team that everybody was talking about, had so much high expectations for, we kind of failed those expectations. The job for us is to fly under the radar and make it happen.”

Much of what rubbed Wall the wrong way last season that led to issues in the locker room was other players not knowing their roles on the team. That is one of the biggest concerns as Dwight Howard comes to Washington to play for his fourth team in as many seasons, but (for now) everyone is happy. If everyone is on the same page that Wall and Bradley Beal are going to be the alphas on the court taking the plurality of shots, but others are still being kept involved, then the Wizards should be solid. Wall understands sacrifices will have to be made, but I infer he is expecting others to make most of those sacrifices instead of him.

The elite point guard is continuing to do his part over the offseason by ensuring he is in the best shape possible while sharpening his skills. Last year, Wolf Season was derailed by a bad luck injury that Wall could not shake, but the hope is that the Summer of Separation will not be wasted by the All-Star staying completely healthy this season.

While Marcin Gortat did have a solids pick and roll connection with Wall by getting easy bunnies at the rim, Howard is a player that can convert those at a higher rate. Gortat’s hops were joked to be so bad that he could not even clear a phone book, but the Superman Slam Dunk contest winner can soar well above the rim and finish any pass within his vicinity. It is clear that Wall is chomping at the bit to have such a presence on the court with him, which explains why he would reach out in the first place.

“The way I pass the ball, the way I play, getting into the paint you got to pick your poison,” Wall deemed. “If you want me to dunk on you or score a layup or pass it for a wide-open three or throw a lob to him. I never had that aspect of having a player like that. Only JaVale McGee early on in my career where I was still trying to learn the NBA game and learn how to get better. I think I established myself in this league and having a presence like that kind of makes it easier. You have to pick and choose.”

.@JohnWall says defenses will have to pick their poison with him and @DwightHoward in pick and roll: "If you want me to dunk on you … or throw a lob to him." pic.twitter.com/ralEN3feXT