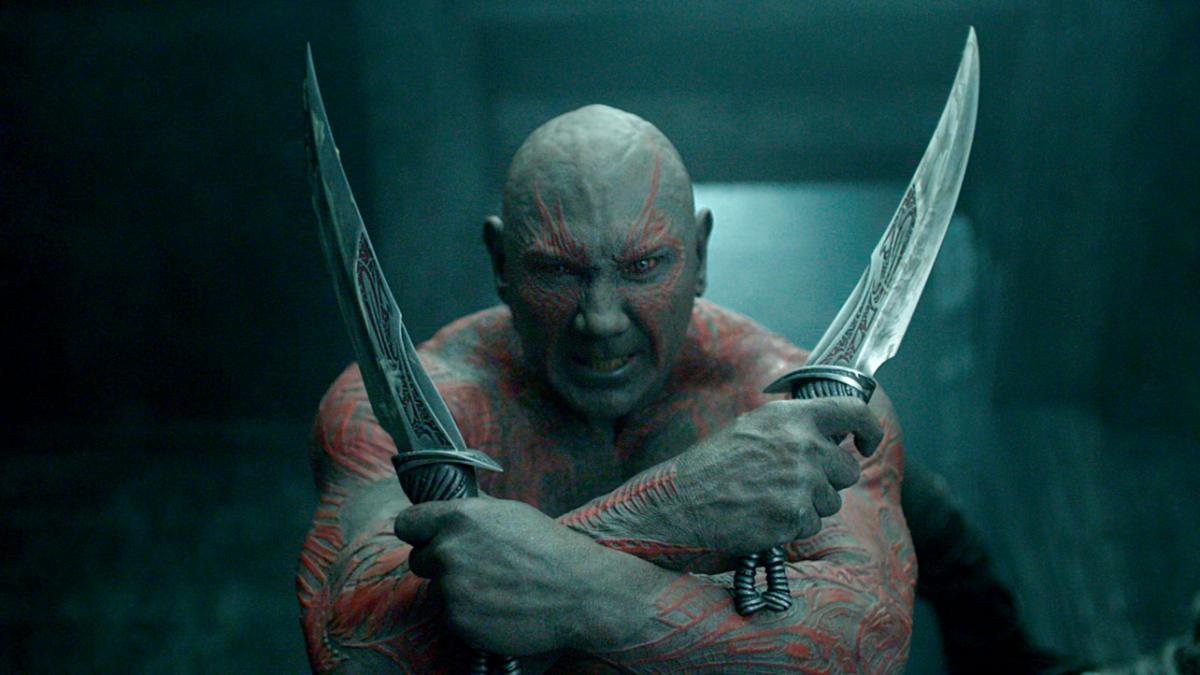 Many pro wrestlers have successfully transitioned from the ring to the silver screen over the years. From Terry Funk to Jesse Ventura to Roddy Piper, guys have found new careers under the bright lights of Hollywood.

The current generation of WWE Superstars are no different. John Cena has become a mainstream crossover star while The Rock is the hottest actor in Hollywood today. But another wrestling powerhouse has made his own impact, most notably in the Marvel Cinematic Universe.

Former WWE champion Batista has become and integral part of the MCU with his portrayal of Drax the Destroyer. Drax of course is a member of the Guardians of the Galaxy, one of Marvel’s most successful movie franchises. However Batista’s future in that role is now in serious doubt.

In an interview with The Shortlist, Batista expressed his frustration over Disney’s decision to release director James Gunn. Gunn was at the helm of the first two Guardians films and he was going to direct the third installment. But his controversial tweets from several years ago brought on Disney’s decision and Batista felt it was the wrong move.

“Nobody’s defending his tweets, but this was a smear campaign on a good man,” he said, speaking to ShortList’s Tom Ellen. “I spoke to Chris Pratt the day after it happened and he’s a bit religious so he wanted time to pray and figure it out, but I was more like: f*ck this. This is bullsh*t. James is one of the kindest, most decent people I’ve met.”

The news of Gunn’s firing has been buzzing throughout Hollywood, bringing on a fan petition to reinstate him. That petition currently has over 370 thousand signatures and even the Guardians cast is joining in the protest.

But just how serious is Batista when it comes to defending the one that directed him in his breakout role? The man known in WWE as The Animal claims he’s indeed ready to walk away.

“Where I’m at right now is that if [Marvel] don’t use that script, then I’m going to ask them to release me from my contract, cut me out or recast me. I’d be doing James a disservice if I didn’t.”

Batista’s last WWE run was in late 2013. He returned as a babyface and immediately targeted then-WWE champion Randy Orton. But the fans were not kind to The Animal and Batista turned heel soon afterward. He won the 2014 Royal Rumble and went on to WrestleMania 30 but lost in the main event.

Batista later reformed Evolution with Orton and Triple H but many fans considered his return to be a failure overall. He left the company after six months and has not been back since then.

There is no word on whether or not Batista is considering a WWE return if he does ultimately leave the Marvel Cinematic Universe behind.