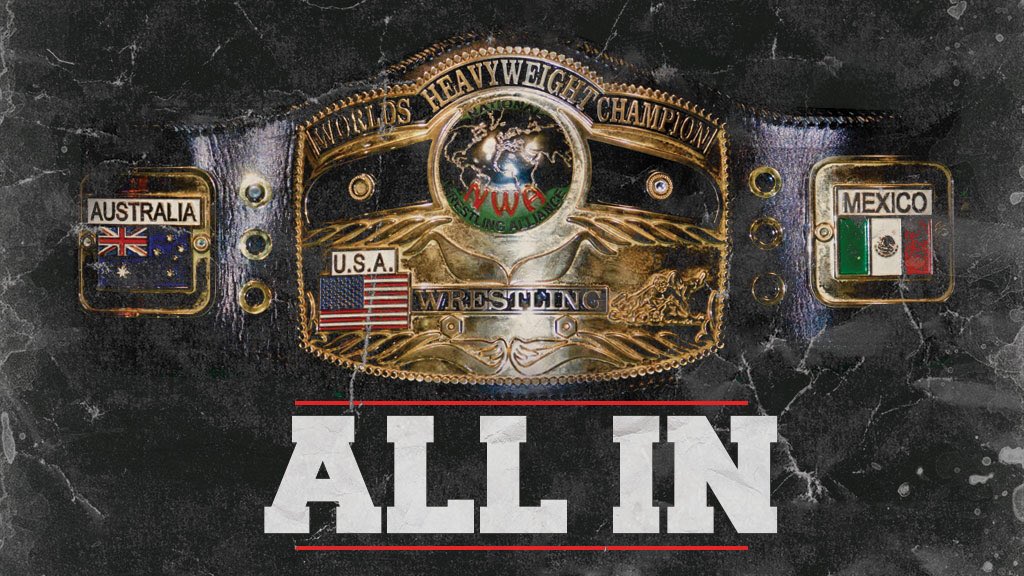 Many pro wrestling fans believe that the business has never been better than right now. Indeed, 2018 is a unique time in the industry as wrestling giant WWE is no longer the only game in town.

New Japan Pro Wrestling is making great strides in the international market and is available On Demand with the NJPW World app. Ring of Honor is bigger than ever and is streaming content as well, on its Honor Club service.

The Global Wrestling Network broadcasts Impact Wrestling and Lucha Underground continues to entertain fans on the El Rey network. There is so much content available now and that is a very good thing for the paying audience. Now that audience knows how to watch pro wrestling’s next chapter unfold.

That next chapter is ALL IN, Cody Rhodes and The Young Bucks’ first attempt at a mainstream pro wrestling event outside of WWE, New Japan or Ring of Honor. At the time of ALL IN‘s announcement, only one match was booked but the 10, 0000 ticket event sold out in under 30 minutes.

ALL IN will also be available LIVE on @FiteTV pic.twitter.com/ZA93EpF5io

ALL IN will emanate from the Sears Centre in Chicago on September 1. Eight matches have been booked so far, with the main event bout featuring Rhodes challenging Nick Aldis for the NWA World Heavyweight Championship.

ALL IN will be available on pay-per-view, the Honor Club and the FITE app.