Breaking Down Adeiny Hechavarria's role on the Pirates 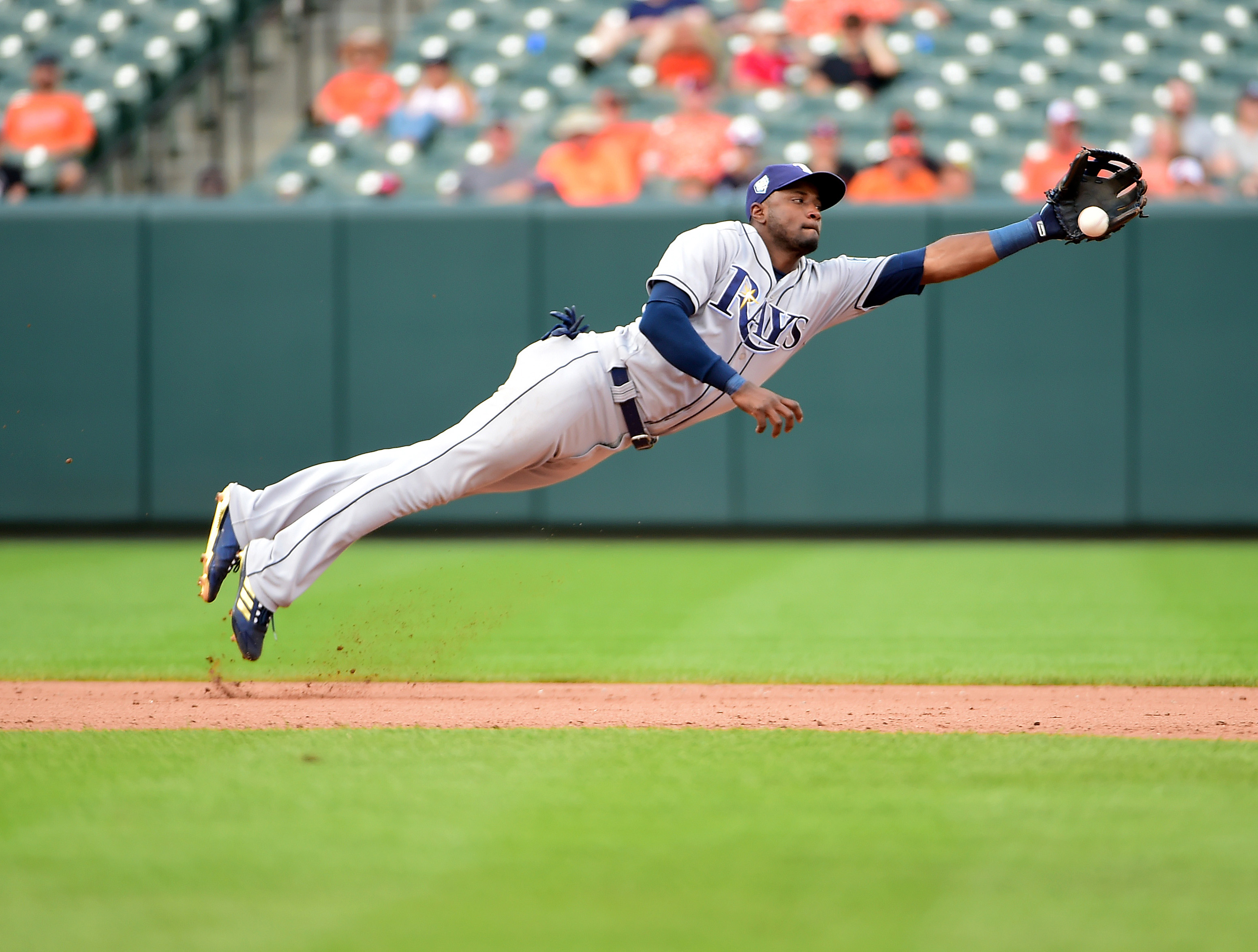 Breaking Down Adeiny Hechavarria's role on the Pirates

The Pittsburgh Pirates continued to add on Monday afternoon, announcing they acquired shortstop Adeiny Hechavarria from the Tampa Rays. Hechavarria was recently designated for assignment by the Rays after they acquired outfielder Tommy Pham from St. Louis.

Hechavarria brings with him 716 starts in the majors, 685 of which have come at shortstop. The other 26 starts were at second and third base in 2012 with the Toronto Blue Jays. Most recently, however, he lost his starting role in Tampa to prospect Willy Adames, which is why he was cut by the Rays.

The 29-year old is a sure handed defender but his bat leaves much to be desired.

Then when you look at the Pirates’ last four games, the infield has made five errors. It makes sense that Neal Huntington saw value in Hechavarria.

Hechavarria will be a free agent after this season. Yesterday, Clint Hurdle said this of the Pirates' infield defense: "We’re well aware we’re not getting to as many balls as we have in the past. We’re not as athletic as we’ve been in the past in some areas. That is a challenge."

Hechavarria will mainly maintain a defensive replacement and spot start role at short and second. Many believe this spells the end for Sean Rodriguez but I see it otherwise. With Josh Bell set to also return soon, Jose Osuna will probably be optioned to Triple A and Sean Rodriguez and Adam Frazier will serve more of an outfield replacement role.

Since his arrival to the majors in 2012, Hechavarria has a Ultimate Zone Rating (UZR) of 11.7, which ties him for seventh of shortstops in MLB over that same period. His Defensive Runs Saved (DRS) from 2012-’18 is 23, also good for seventh in the bigs.

The comparison between his numbers and the Pirates current middle infield situation is glaring.

Jordy Mercer also made his major league debut in 2012, making their sample size relatively similar, except Mercer spent a lot of time at second in his early time with the Pirates. For the sake of the argument, we’ll use the same time frame. As a shortstop, Mercer has a career UZR of -11.6 and a DRS of -14. In 2018 alone, Mercer’s DRS is -12.

In the past, Mercer made the routine plays that a team felt safe putting out there everyday and he made a good living being an average defender with an average to below average bat. However, the baseline laid out by FanGraphs has -15 as “Awful,” so that take that for what you will.

Over at second base, Josh Harrison hasn’t been as bad but still not good; however, he has only been playing second exclusively since 2016. His career UZR at second base sits at -1.1 and he has a DRS of 21. For this season, he is just below average with a UZR and DRS of -1.

While the pickup is nothing major, it’s clear that Pirates understand that their defensive issues cannot continue if they are actually serious about attempting a playoff push in 2018.

While I would have liked to see them pick up a bat instead of a glove for the bench, the move doesn’t hurt the Pirates in the slightest amount and makes them ever so slightly better.