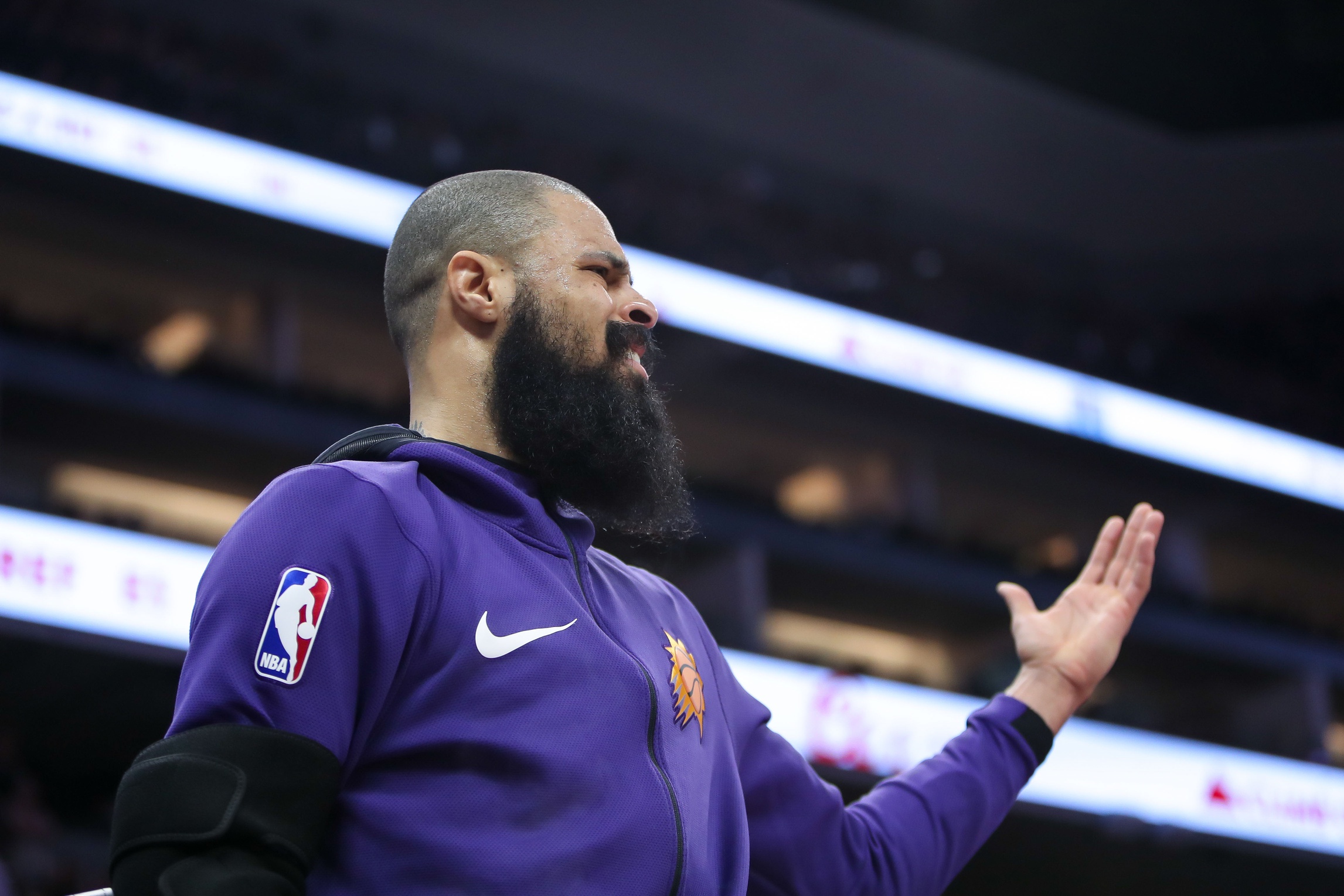 One-third of the league has missed the playoffs at least two years in a row. We will take a quick look at all 10 of those teams heading into 2018-19.

The last time the Hornets won a playoff series was in 2001-02. Immediately thereafter, the franchise was moved to New Orleans. Then following two years of inactivity, the expansion Bobcats were born in 2004-05. During the next decade, Charlotte competed in just two playoff appearances, both of which were embarrassing sweeps. By 2014-15, New Orleans had rebranded as the Pelicans and the buzzing bees were back where they belonged (North Carolina). In 2015-16, the home-again Hornets went 48-34, posting their best record since 1999-00 before bowing out to the Miami Heat in seven games.

Now coming off consecutive 36-46 campaigns, Charlotte appears mired in mediocrity. The gap between the East and West has only grown more glaring now that LeBron James is in Los Angeles, so theoretically the Hornets have a decent shot to surprise the skeptics this season. Still, it’d be quite a shock to see Charlotte challenge the likes of Boston, Toronto, or Philadelphia in a seven-game playoff series. Simply stated, the odds that the Hornets advance beyond round one in 2018-19 for the first time since 2002 aren’t very good. Chances are they’ll be one of the few teams fighting for the final playoff spot in the weaker conference. Along with the aforementioned trio of elite Eastern teams, Indiana, Milwaukee, Miami, Washington and Detroit will likely all have loftier expectations in terms of over-under win projections. In other words, eight of the nine teams that finished ahead of the Hornets last year.

Charlotte’s shining glimmers of hope are potential improvements in the chemistry, depth and health departments. A physically capable Cody Zeller, Hornets/Bobcats alum and former fan favorite Bismack Biyombo, and small-ball big man Michael Kidd-Gilchrist are all better functional fits at center than the aging and offensively overeager Dwight Howard proved last season, while Miles Bridges brings much-needed jolts of youth, talent and toughness. I don’t know if it will give the Godfathers of this site (James Plowright, Nick Denning and Jon Elliott) — all of whom are Hornets fans — pain or pleasure to read this, but I’m picking Charlotte to snag the eighth seed over Detroit.

If the Mavericks weren’t located in the Western Conference, we would need to take them much more seriously as contenders for a playoff spot. But this team is probably too young, particularly at the point of attack (Dennis Smith, Luka Doncic), to vault into the top eight out West.

This is not to say that Dallas won’t win a heck of a lot more games than they did last year. They almost certainly will. DeAndre Jordan seems like the perfect rim-running center to pair with Smith, Doncic and Harrison Barnes. If Wesley Matthews still has something left in his tank, perhaps the Mavericks will indeed make a push toward playoff contention. With that being said, the odds won’t be in their favor. I expect their win projection to be somewhere in the 30s, firmly outside of the top-10 teams in the conference.

While that would (in all likelihood) result in Dallas handing over their 2019 first-round pick to Atlanta (top-five protected), the Mavericks are nevertheless well-positioned for the future. No need to tank anymore.

Like Charlotte, Detroit has been stuck in no-man’s land for way too long. Over the last decade, the Pistons have disappointed time and time again, reaching the playoffs twice as an eighth seed (2009, 2016) only to be swept away by LeBron James and the Cleveland Cavaliers. It’s also easy to forget the fact that Detroit boasted a highly respectable 14-6 record by the end of November and clung to a still-solid 20-15 mark heading into January 2018.

Detroit has a slight advantage over Charlotte in terms of individual talent. However, it remains to be seen how well the trio of Reggie Jackson, Blake Griffin and Andre Drummond will blend together. And this club appears to be severely lacking when it comes to outside shooting and depth along the wing. Dwane Casey has his hands full, that much is for sure.

Time flies when you’re having fun, and it stands as still as a statue when you’re not. It’s hard to believe, but Brooklyn has missed the playoffs only three years in a row. Their first three years in the borough included trips to the postseason, though the last of those was a 38-44 squad that stumbled in as an eighth seed.

Finally freed from the clutches of the devil (Danny Ainge) and the burglarizing Boston Celtics, the Nets find themselves in fairly unfamiliar territory. At the end of the 2018-19 regular season, the franchise will actually be able to benefit from their own badness. For the first time in what feels like forever, there will be a light (in the form of a lottery pick) at the end of the long, dark tunnel that is the 82-game regular season.

Glory to the Basketball Gods, hallelujah!

The Nuggets have not earned a place in the postseason since 2012-13 Coach of the Year and original snake in the grass George Karl was canned immediately after winning the award (you’re not the only one, Dwane). Prior to that, the Nuggets had earned 10 straight playoff berths.

Over the last five seasons, Denver has won 36, 30, 33, 40 and 46 games while impressively retooling the roster without bottoming out. Despite Paul Millsap missing most of last year, the Nuggets nearly reached the playoffs, falling short versus Minnesota in overtime on the final night of the regular season. In any other universe, the Nuggets would be near-locks to make the playoffs in 2018-19. Then again, 46 wins should’ve been enough to snag them a spot last year, and the Western Conference only got better (thanks, LeBron!). Denver was the lone Western Conference club that both myself and my two colleagues (Ilia Shatashvili and Joshua Cornelissen) incorrectly predicted as a playoff team last summer.

Inevitably, it’s time for me to double down on an old take and announce that Denver will in fact reach the playoffs in 2018-19.

Prior to this recent five-year stretch of futility, the Lakers failed to qualify for the playoffs only five times in their first 64 years of existence. Enter LeBron, the levain in LA’s lump of dough, the basketball and world savior. King James may never lead the Lakers to the Promised Land. But his arrival makes every second of suffering over the last half-decade worthwhile. Having won nine more games this past year (35) than the year before (26), it’s safe to suggest Los Angeles will improve by at least that many games in 2018-19.

We all know by now that LeBron’s streak of eight consecutive finals appearances is very much in jeopardy heading into 2018-19. But dating back to his third year in the league, James-led teams have won at least 50 games in all but two seasons (45-37 in 2007-08, 46-20 in shortened 2011-12). And that Miami Heat squad would’ve won 50-plus, so it’s essentially been a full decade since a LeBron-led club didn’t win 50 games or more.

The rule of thumb is simple: don’t bet against LeBron.

Since reaching the NBA Finals as an underdog eighth seed in the lockout-shortened 1999-00 season, the Knicks have won just one playoff series (in 2012-13) while advancing to the postseason only five times in the last 18 years. And unless unicorn center Kristaps Porzingis is magically healed for opening day (which is not happening), New York will soon see their no-playoffs streak stretch to six straight years.

The good news is that 2018 ninth overall pick Kevin Knox projects as an excellent fit at forward and athletic center Mitchell Robinson seems like a second round steal. The Knicks need not rush Porzingis back nor push him too hard once he returns. This fanbase should set their sights on the 2019 NBA Draft and look forward to 2019-20. This year is all about developing the youngsters and creating a new culture.

Orlando’s six-year playoff drought is already the longest in team history. Having ignored the humongous hole at point guard, Magic fanatics should expect another trip to the lottery next summer. This is for the best. Signing a middling guard who would steal precious possessions and shots and help secure meaningless, unnecessary victories would’ve been short-sighted.

Jonathan Isaac, Mo Bamba and Aaron Gordon are the future of this franchise. Maybe Evan Fournier, who turns 26 in October, still fits into the picture too. Walking away from the 2019 NBA Draft with Cam Reddish or R.J. Barrett is a tasty proposition for Orlando, and it’s certainly possible their lead offensive initiator is just beyond on the horizon. For now, it makes sense to allow guys like Gordon, Isaac and Bamba to eat up a lot of possessions. Now is the time to develop them offensively, explore their potential, and learn their limits.

Still starved for their first NBA championship, the Suns were nevertheless among the upper-echelon of the league before this recent stretch of losing. During Phoenix’s first 41 years (1968-69 to 2009-10), they were a playoff staple, missing the playoff just 13 times, with six of those coming in the first seven years of the franchise’s existence.

It’s hard to feel too bad for Suns fans: they got to watch prime Steve Nash torch defenses for eight straight seasons. But since the dishing and swishing machine moved on, it’s been a real shit-show in the desert. Don’t expect that to change overnight. The defense is still going to be downright dismal unless Deandre Ayton isn’t who I thought he was. It’s much more likely that Phoenix’s lottery streak extends to double digits.

Phoenix and Sacramento are perhaps the only surefire non-playoff teams in the Western Conference. Outside of the Suns and Kings, there aren’t any teams we can confidently say have next to no chance of reaching the postseason. Dallas, Memphis and the Los Angeles Clippers might be considered long-shots by some, but it’d be pretty foolish to count them out before the regular season tips off. Maybe the Clippers belong in the same category as the Suns and Kings, but let’s not harp on that too much.

The point is that the Kings have a firm hold on the top (bottom?) spot in The Lottery Mafia’s Powerless Rankings. Without a 2019 first-round pick to call their own, the Celtics (or Sixers) will cash in on Sacramento’s missteps and misfortunes. It’s worth wondering whether the Kings can make it 20 consecutive years without reaching the playoffs. As it stands, Sacramento is catching up to the Clippers for the longest streak of no playoff appearances (15), and it feels like a foregone conclusion that the Kings eclipse that mark. It’s too early to assume they’ll also steal the Clippers’ record for most years in a row without a playoff series win (19-to-29), but it’s absolutely in the cards.

*This article was written without knowledge of the over/under win projections, which came out this past weekend.*