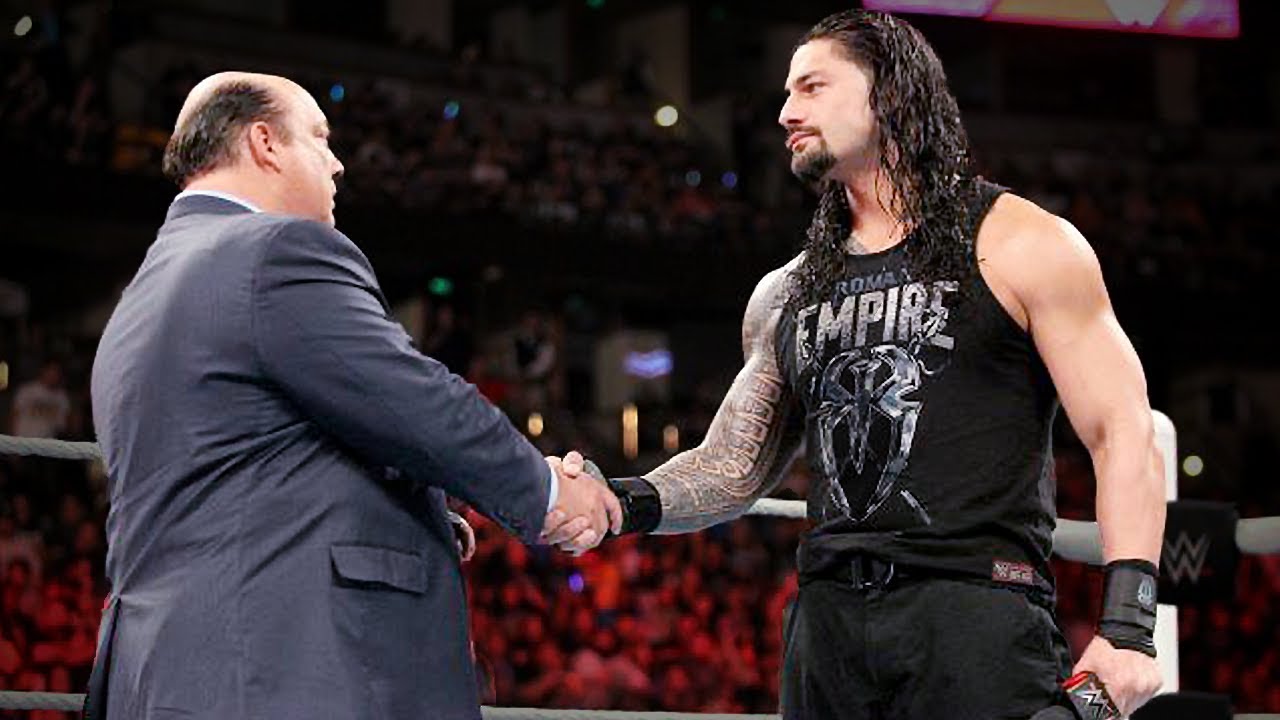 Brock Lesnar’s recent explosion on WWE Monday Night Raw remains one of his most impactful moments to date. Lesnar spent the bulk of the July 30 Raw backstage reading magazines and biding his time until the program’s end.

But at the last possible moment, The Universal champion went to the ring and delivered an F-5 to Raw General Manager Kurt Angle. Brock then turned his attention to his advocate, Paul Heyman. The spot was indeed intense and left many fans with the impression that Lesnar had betrayed his longtime friend.

Paul was interviewed by Renee Young just one week later on the August 6 edition of Raw. In that interview, a tearful Heyman spoke about the history between him and his client. More importantly, he stated that Brock had not spoken to him over the past seven days.

But it was what Heyman said off the air that now has everyone talking. WWE is referring to it as the “unaired final moment” of Heyman’s interview and it’s fueling speculation that Paul may join forces with Roman at SummerSlam on August 19.

Roman is once again facing Lesnar for the WWE Universal Championship at SummerSlam. The Big Dog has spent the past few years chasing and battling The Beast Incarnate and many feel this next match will be their last. But if Roman goes over, will it be at the hands of Heyman?

Heyman stated that Reigns didn’t stand a chance against Lesnar but then he paused with “unless.” Young pressed Heyman to finish his thought but Paul took off his mic, thanked her for the interview and left the room.

The idea of Reigns finally embracing his heel side and joining with the evil mastermind that is Paul Heyman may be the most intriguing of all scenarios.

Reigns is WWE’s top babyface and has not depended on anyone but himself since The Shield disbanded. Could he really take the easy way out now and sell his soul to Heyman for the victory over Lesnar?

The fact is that Brock Lesnar heeled out on the July 30 Raw. Fans were already against him and that has been reinforced. If Roman were to join Paul, then it would indeed be a very unique and unpredictable situation in terms of fan reaction.

Maybe WWE is swerving fans with the Paul Heyman interview. Or maybe SummerSlam will be a fresh direction for Roman Reigns and his new advocate.