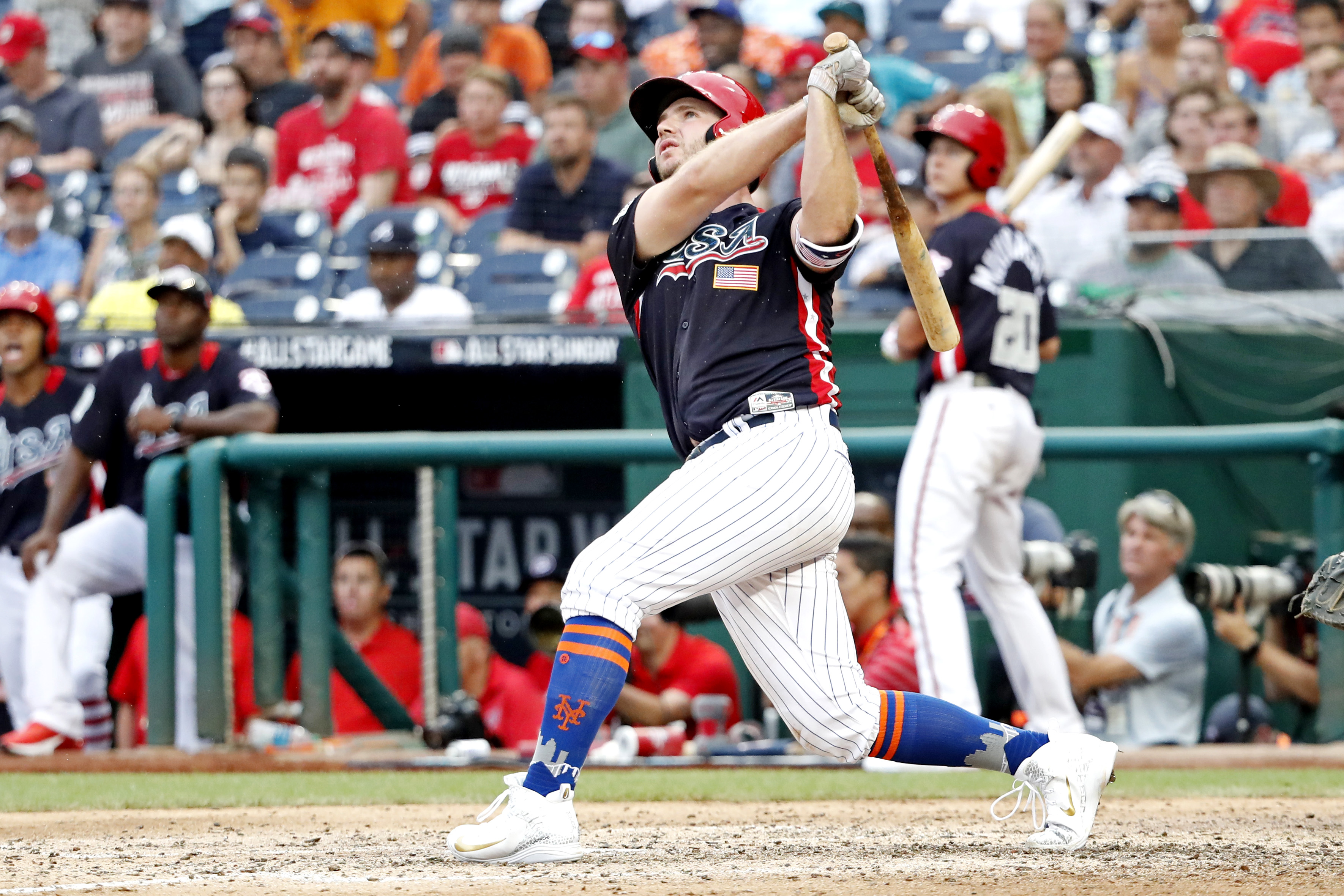 The evaluation process for 2019 has finally begun for the New York Mets, who are playing Jeff McNeil every day at second base now that Asdrubal Cabrera has been traded. McNeil has showed promise in the early going, hitting .300 with two homers and four RBI’s in his first 14 games while showing a surprisingly good glove. Another guy who could be a contributor for the Mets in 2019 is first baseman Peter Alonso, who played at AA and AAA with McNeil before the latter was recalled to the majors. With the Mets’ record where it is, they really shouldn’t wait much longer to promote Alonso to the major leagues.

McNeil got the call first because he hit at both Binghamton and Las Vegas. Alonso struggled when he was first promoted to AAA, hitting only .165 with six home runs and 23 RBI’s in 26 games. Things have changed drastically since then, with Alonso hitting .362 (25 for 69) with six homers and 20 RBI’s in his next 17 games, raising his batting average all the way to .247. There have been reports that the main reason Alonso may not get promoted is his defense, which is reportedly not good, but Betsy Helfand of The Las Vegas Review Journal reports that Alonso has been putting a lot of extra work in on that side of the ball with Tim Teufel.

The Mets like to promote their top prospects on the road so they can get a few games under their belt before returning to New York, so this upcoming 11 game trip would be a great opportunity to get Alonso up to the major league level. After the Mets make up a game with the New York Yankees on Monday, they play seven games in Baltimore and Philadelphia, hitter friendly environments that could really boost Alonso’s confidence before returning to Citi Field. The most important thing the Mets can do is to give Alonso seven weeks of big league action to try and see if he can be their starting first baseman in 2019 or if they need to address the position in free agency.

Wilmer Flores has been playing first base for the Mets, and while he has been a solid player this year it looks like he has reached his ceiling. The Mets know what they have in Flores, who could start at either first or second base next year if Alonso or McNeil lose their spots. Alonso is an unknown quantity at this point, but the only way the Mets will find out what he can do is to let him play in the majors as soon as possible. It was totally fair for Alonso’s recall to wait until he heated up and handled the Pacific Coast League. Alonso has done just that, so he should be rewarded with his first chance in the show sooner rather than later.