For two years, Kazuchika Okada continued to stake his claim as perhaps being the greatest IWGP Heavyweight Champion in history by maintaining the title for longer than anyone else. Tying the Great Muta with his fourth title reign, Okada was able to pass seven-time champion Hiroshi Tanahashi with the total combined number of days.

At Dominion 6.9, Okada’s IWGP Heavyweight Championship ended at a total of 720 days, as he was dethroned by rival Kenny Omega. This match was the fourth in their series, with one leading to a draw. Not only did Omega’s win continue the expansion of New Japan Pro Wrestling to North America, but it also increased new-President Harold Meij’s quest to really make the company a worldwide product.

With this quest includes a change in rules. Particularly, the use of swearing by the wrestlers. According to the Wrestling Observer Newsletter, Meij has made the decision for wrestlers to refrain from swearing in the English language in both their promos, as well as during the match.

For English fans who watch the product, swearing in promos in not an uncommon occurrence during New Japan programming. Wrestlers such as Juice Robinson often include it in their promos, and wrestlers such as Tama Tonga and Tanga Loa of the Guerrillas of Destiny have frequently used swear words during their matches.

There is no question that Meij is making a serious effort to push the New Japan product beyond the Japanese market. With Omega winning the top prize, this assists with the global marketing strategy.

Understanding that with a PG product, sponsors are more apt to increase their interest, Meij is making positive strides for NJPW to be a legitimate threat in the American market, as well as other markets such as the United Kingdom. 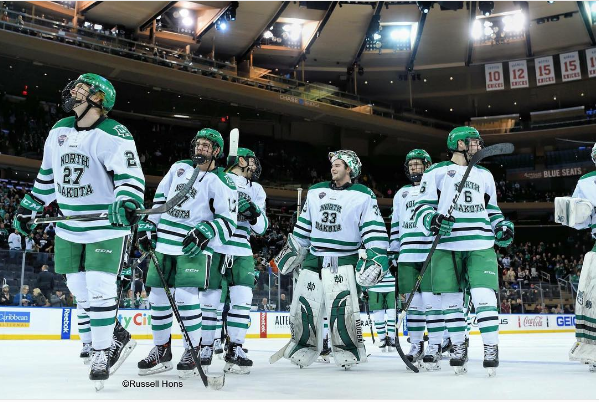 Social media is a great way to receive updates about your favorite sports team. Recently, the University of North Dakota received commitments via Twitter from...