Colin Moran's adjustment has failed up to this point 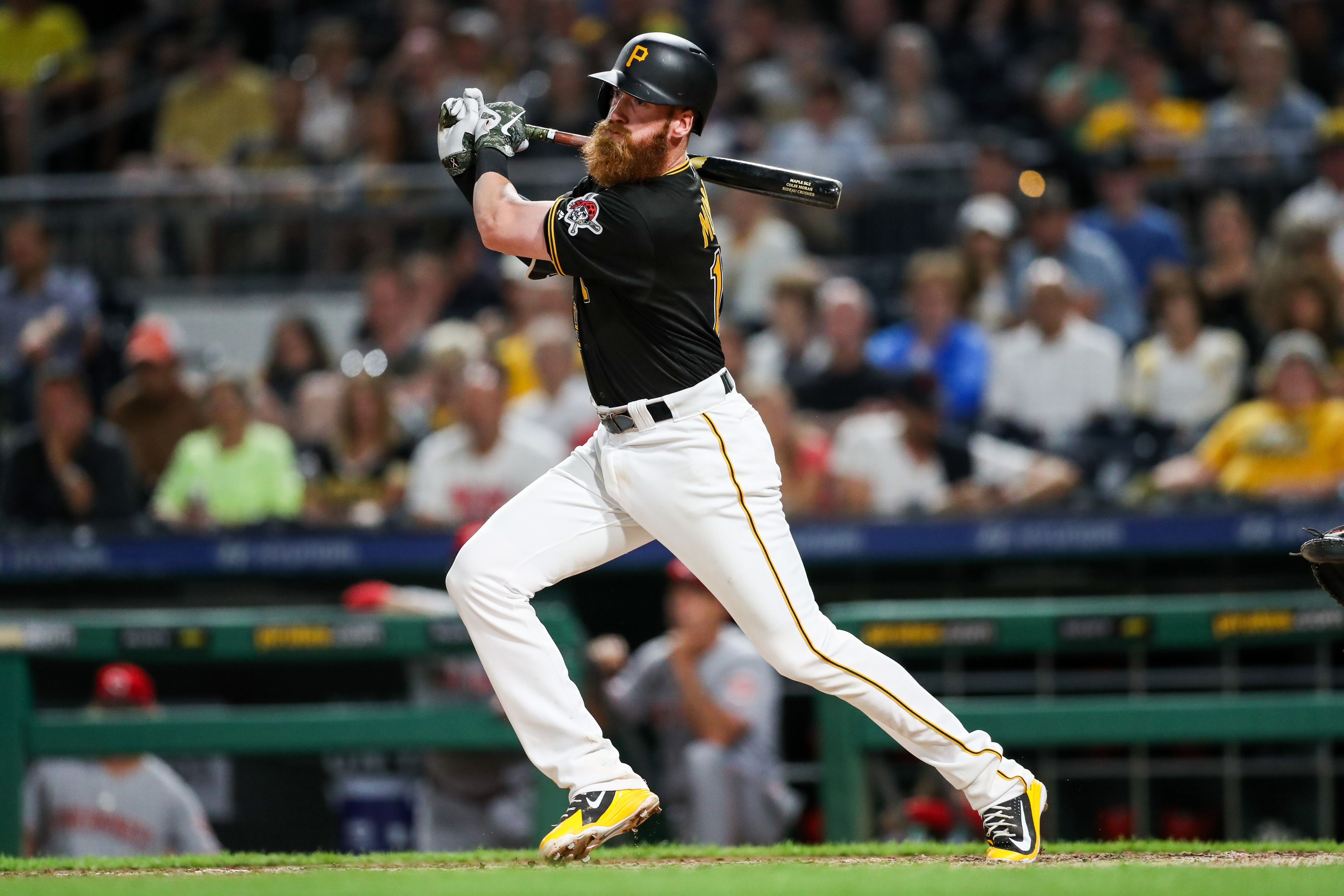 Colin Moran's adjustment has failed up to this point

Colin Moran has been given the opportunity to be the Pittsburgh Pirates’ third baseman of the future.  Acquired in the Gerrit Cole deal this winter, Moran has had some nice moments in 2018.  Overall though, his production has been underwhelming.

Pair his slightly below average bat (95 wRC+) with range-less defense at third base (the guy moves like he’s wearing 50 pound shoes), and you have a player worth 0.1 wins according to FanGraphs.

Moran is a 25-year-old rookie who will turn 26 when the postseason starts.  He is by no means old but he’s definitely no spring chicken either.  Moran needs to progress at the plate and fast.  With his wheels and lack of range, he’ll never be a good third baseman no matter how accurate and strong his arm may be.  If he wants to succeed, he will have to flat out rake.  That’s his only chance.

When he was first acquired from the Houston Astros, there was a lot of talk of how Moran changed his swing to hit more fly balls.  He supposedly wanted to become a launch angle guy.

Fast forward to now.  Through July 2, Moran was doing a decent job of getting the ball airborne.  His fly ball rate was 34.2 percent.  All things considered, that’s still not great.  By comparison, his teammate Gregory Polanco hits a fly ball almost half of the time he makes contact.  But hey, it was a start.  As far as the ground balls go, Moran was still hitting a lot of them.  42.6 percent.

From July 3 until now, Moran is hitting fly balls at 23.4 percent clip, less than quarter of the time.  During the span, he has hit ground balls almost half of the time at 46.9 percent.  Not much can be said about those numbers.  It’s impossible to be successful with them.

Moran has not been making solid contact as of late.  Through July 2, his hard contact made sat at a rate of 33.7 percent.  Since July 3, that rate has dropped to 27.7 percent.  Consistently hitting weak ground balls is not a great formula for success.

When I watch Moran hit, I see a guy with a quiet swing.  He usually doesn’t try to do too much.  When sifting through various stats and percentages while writing this piece, one number really got my attention.  Pull rate.

Moran tried to make an adjustment 5 weeks ago.  I would assume he wanted to hit for more power.  So far this adjustment has failed.  He hasn’t been as quiet at the plate.  As of late, he’s been jumpy with more check swings.  The approach has gone from patient to aggressive.  We know that because his strikeouts are up (21.3 percent) and his walks are down (5.6 percent).

Power is great and I applaud Moran for trying.  It’s not like he was ripping the cover off the ball beforehand.  Should he go back to his old approach or fight through the battles of his new one.  Who knows?

One thing is certain though.  Moran needs to figure things out.  David Freese is currently outplaying him.  Ke’Bryan Hayes is in AA and breathing down Moran’s neck as the next man up.

Moran was given the opportunity to be the starting third baseman for the Pittsburgh Pirates.  If things continue how they have been though, that opportunity will fade quickly.