Your Morning Dump... Where Jaylen makes a guarantee 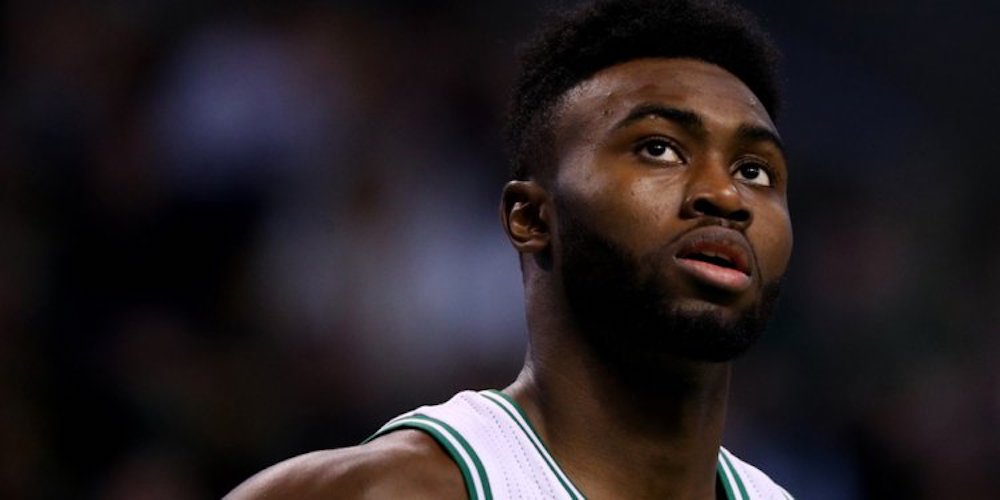 Your Morning Dump... Where Jaylen makes a guarantee

Jaylen Brown believes the Boston Celtics will represent the Eastern Conference in the 2019 NBA Finals.

During an appearance on CJ McCollum‘s “Pull Up” podcast released Wednesday, Brown expressed confidence when asked by the Portland Trail Blazers guard whether he believes Boston will get to the Finals after LeBron James‘ departure from the Cleveland Cavaliers.

“Oh, we’re getting to the Finals. No question about it,” Brown said.

But Brown did take umbrage with the suggestion that Boston is set to ascend only because of James’ departure.

“I hate how everybody is like, ‘Oh, LeBron’s gone in the East,'” Brown said. “I know he did have a strong hold on the East for the last seven years, but he barely got us out of there this year. And our mindset was like, ‘Man, he’s not beating us again.'”

ESPN Boston — Celtics’ Jaylen Brown: ‘We’re getting to the finals. No question’

Jeez, remind me to never go on CJ McCollum’s podcast (I’m sure my invitation is imminent), dude gets guys to say whatever is on their mind.

Jaylen’s comments about getting to the finals continues a summer of bold statements that started when he lamented Lebron’s migration to the Western Conference.

One of the things I love about Jaylen Brown is that he has never felt the need to hold back — whether it’s exploring his varied interests outside of the game, or riffing on how the players deserved just as much credit as Brad Stevens for the Celtics success last season, Brown speaks his mind and has worked his ass off to get better when he is focused on the game. So to expect Jaylen to not exude confidence in his squad this season after all they did last season would be to not know Jaylen at all.

I do wonder a few things, though. How will his teammates and coaching staff respond to his proclamation on CJ’s pod and how will other Eastern Conference contenders respond this summer and then once the games begin this fall?

This wasn’t just a vote of confidence, it was a guaran-damn-tee. Jaylen’s put a target on his back and the backs of his teammates. How do you all feel about it?

On page 2, more Celtics/Sixers in a fun opening week

The Celtics will play the first nationally-televised game of the 2018-19 NBA season when they host the 76ers on Oct. 16 at 8 p.m. ET. The game is scheduled to be on TNT. They face off against the Raptors in Toronto later in the week, playing an ESPN game at 8 p.m. ET on Oct. 19.

In the late aughts and early 2010s when the Cs were consistently at the top of the Eastern Conference, opening night and Christmas Day games were a given and all that was left to be decided in late summer was the opponent for each date. First it was the Cavs and the Magic that always seemed to crop up, then the Heat in the early 10s. It seems as though it’s time to settle in for plenty of primetime Celtics/Sixers tilts on premiere dates for the foreseeable future. It’s the only matchup that gets coveted spots on both dates this year, and I’m sure when the rest of the schedule releases tomorrow that the two games in Philadelphia will be slapped with the National TV label as well.

That first week of the season is going to be really fun, and the only certainty is that people are going to overreact regardless of what happens.

And finally, Happy Birthday to Cooz!

Happy birthday Cooz… My Cousy signed ball is still one of the coolest things I own pic.twitter.com/2mYACaOiAe

I grew up without cable and my earliest memories of the Celtics were flipping on channel 38 for road games with Cooz and Tommy. The Celtics were pretty terrible (we’re talking David Wesley, Greg Minor, Dino Radja led Celtics teams) but I never missed a game that wasn’t on too late, and I was never not sneaking out of bed and into our Living Room for late games west of the Mississippi to listen to those two guys riff.

My only Cooz playing memories are of watching old grainy highlights of his wizardry with the ball in his hands and my grandmother (a Romanian immigrant who bled green when she got here in the 50s) regaling me with stories about the Celtics’ floor general.