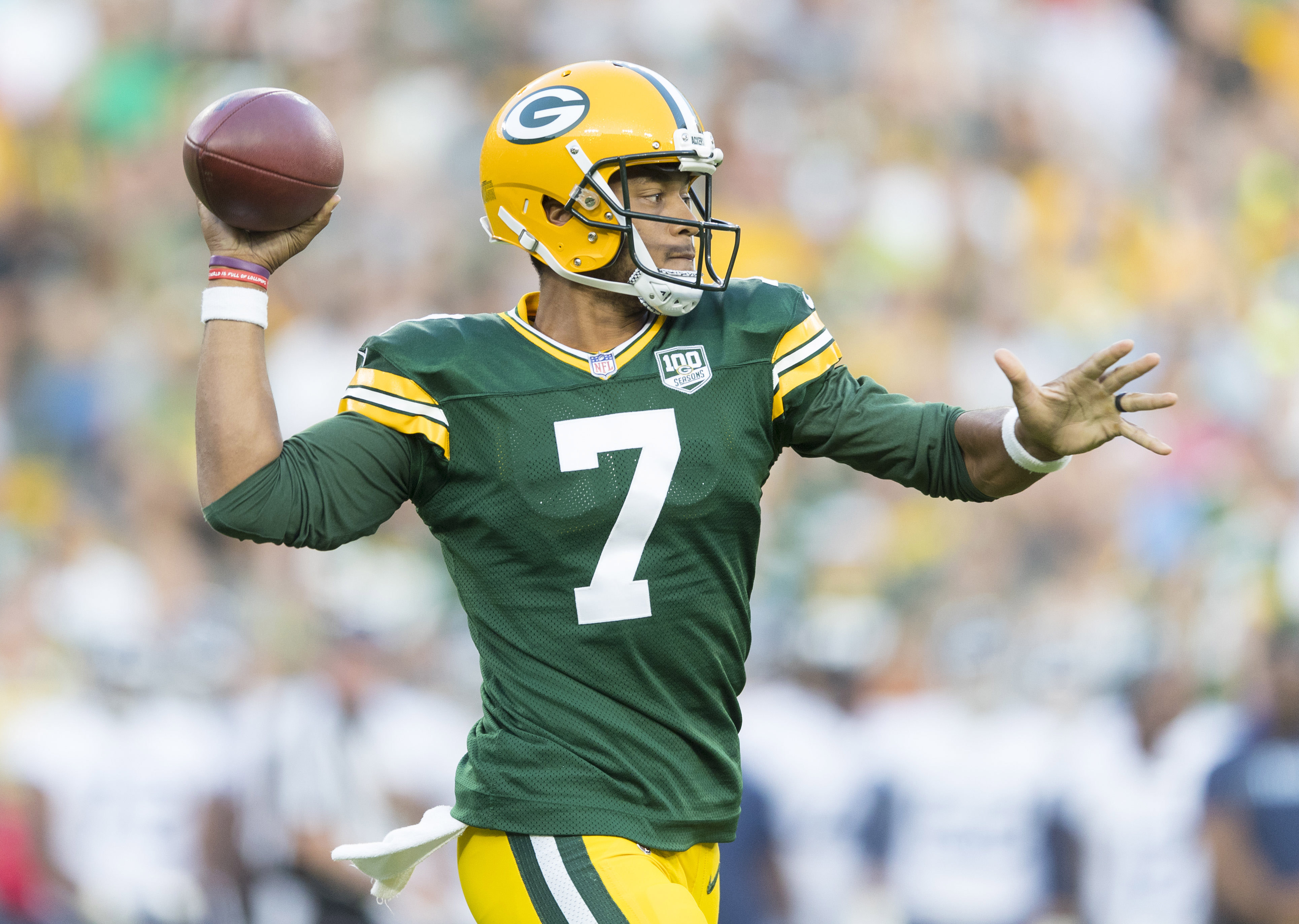 The Green Bay Packers opened the preseason Thursday with a 31-17 victory over the Tennessee Titans at Lambeau Field.

This was a positive start to 2018 for the Pack with several players taking advantage of their chance to make a strong impression on the coaching staff.

While fans shouldn’t overreact to the first preseason game, here are five key observations from the Packers first game this season against a live opponent:

1. The Backup QB Battle is Far from Over

The Packers knew there would be a battle for the backup quarterback spot after GM Brian Gutekunst traded for DeShone Kizer. Kizer and incumbent backup Brett Hundley both played well overall against the Titans although both had some moments they wished they could have back.

Hundley started and was the best of the three QBs in this game, going 9-of-14 for 108 yards with one touchdown and one interception. The INT was not his fault as he was hit from behind on the play, although his failure to feel the backside pressure had to remind coaches of some of the problems Hundley had in 2017.

Hundley’s familiarity with the offense and his receivers was the biggest difference between the two contending quarterbacks. His prettiest pass was a 48-yard strike to Davante Adams which he placed just over the wideout’s left shoulder so only Adams had a chance at the ball.

Kizer was more inconsistent than Hundley, finishing 9-of-18 for 134 yards. He did not throw a touchdown or an interception. The Notre Dame alum clearly has more work to do to catch up, but he also showed the raw talent that made him a second-round pick in 2017.

Tim Boyle made a case to stick around on the practice squad with a strong finish to the game. Boyle threw a pair of touchdowns including an impressive 52-yard bomb to Jake Kumerow with 2:37 left in the game that clinched the win for Green Bay. He has the raw ability but needs to show he can do it on a regular basis to stick with the club.

2. The Running Game Is Off to a Slow Start

While the passing offense moved the football well, the running game mostly faltered. Keep in mind that the club was running behind a patchwork offensive line and did not have all of their top running backs in the lineup. Still, the Packers finished the game with just 89 yards rushing on 32 carries, a paltry 2.8-yard average. It gets even worse when you subtract three scrambles by Kizer for 18 yards.

The long run of the game was 11 yards by Akeem Judd while first-year free agent Joel Bouagnon led all rushers with 11 carries and 25 yards. There were not many holes to run through, but the backs didn’t stand out either. This area needs work.

3. The Rookie Receivers Showed Some Promise

All three of the drafted rookies had their moments but Marquez Valdes-Scantling had the best performance of the trio. He led all players with five catches for 101 yards and a touchdown. His long was a 51-yard toss from Kizer. He almost had a second score but dropped a long pass by Boyle near the sideline. Valdes-Scantling has the size and athleticism to thrive at this level but still needs prove he can do it against first-string NFL cornerbacks.

Equanimeous St. Brown was smooth and consistent, grabbing four catches on six targets for 61 yards. He does his best work in the slot where he can run parallel to the line of scrimmage and in between zones.

J’Mon Moore was the least impressive of the trio. He had a pair of drops while catching three passes for 27 yards on seven targets. He needs to improve his consistency if he hopes to make an impact as a rookie for the Packers.  At times, Moore seemed to get frustrated by his lack of success.

Aaron Rodgers called out the Packers rookie wideouts in practice earlier this week. Their response was mixed but overall they showed some promise.

With so many members of the secondary not dressing for the game, Quinten Rollins had a chance to show what he can do. Unfortunately, he failed to take advantage of the opportunity. Rollins was beaten badly by backup WR Nick Williams on a 38-yard pass play and later fumbled the ball on a punt return. At least he managed to recover his own fumble.

Rollins will not make this team unless he can improve his game quickly.

While he still has some work to do, Oren Burks looks like he could be ready to start at ILB in the season opener. The rookie made some great reads, especially when he sniffed out a screen pass. Burks’ speed is a weapon the team lacked last year.