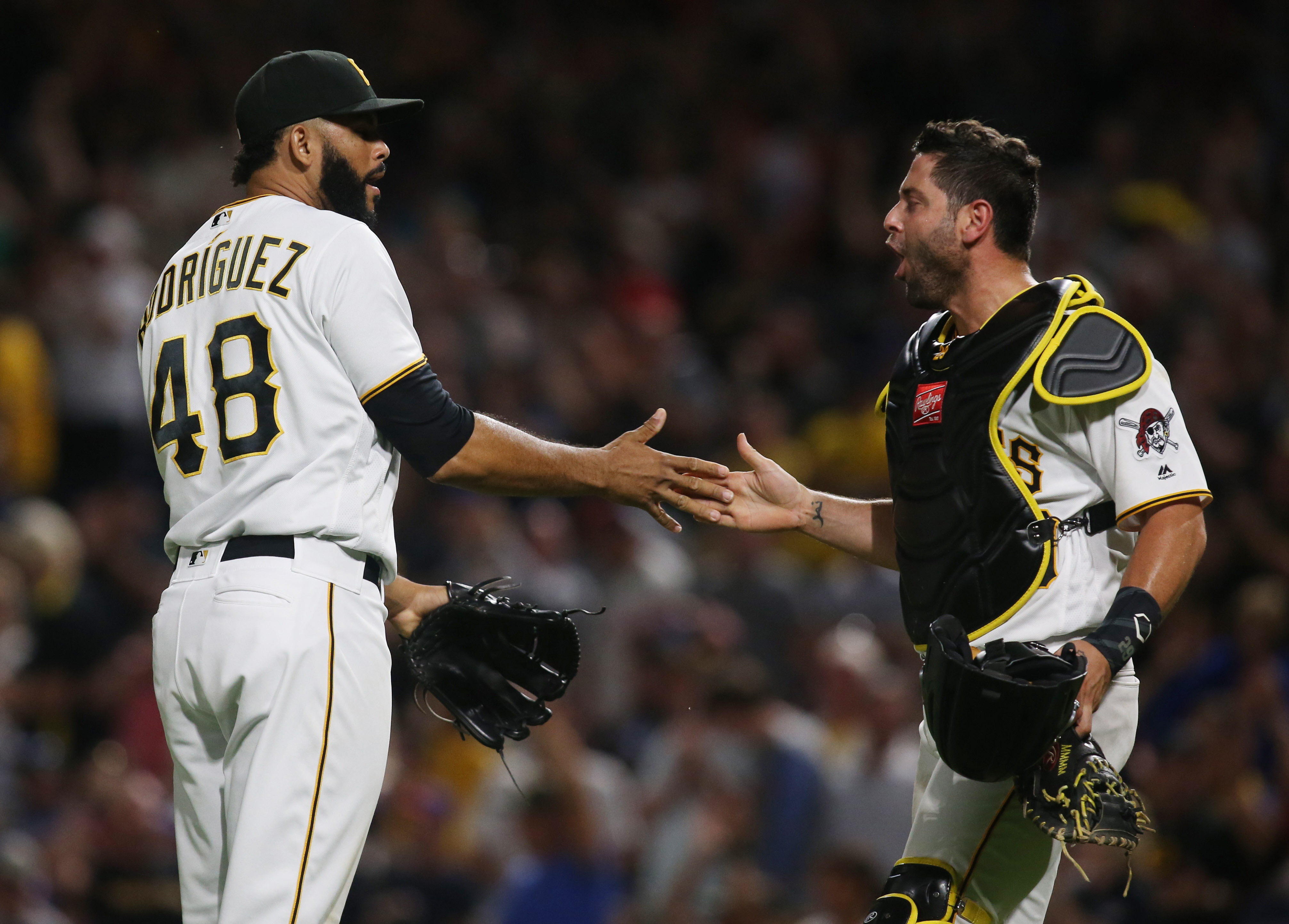 There’s 46 games left in the Pittsburgh Pirates regular season.  Two of the club’s most used relief pitchers are inexperienced at the Major League level and their workload could be a topic of discussion at some point in the final two months.

Edgar Santana and Richard Rodriguez are in their rookie seasons and pitched a collective 23.7 innings at the Major League level entering the 2018 season.  This year, Clint Hurdle has trusted the two relief pitchers to toss 54 games and 41 games respectively.  Santana’s 54 games leads all pitchers on the Pirates and is in top 20 usage all across baseball.  This is part of the reason the Keone Kela trade was important, it allowed the Pirates to deepen their options late into games.

On Monday, I looked at the usage of Edgar Santana, the Pirates 26-year-old rookie relief pitcher.  Since then, Santana has pitched in two games for two innings and 29 pitches.  His first game came on August 6th, making it 15 games pitched on zero days rest, and his other on August 8th made it his 14th game pitched on one day of rest.

But Santana isn’t the only inexperienced relief pitcher on the Pirates.  Richard Rodriguez is is a 28-year-old rookie, but like Santana could be facing a limit because of the usage.  The Pirates could theoretically burn and churn Rodriguez and Santana, neither are arbitration eligible until 2021 when Rodriguez would be in his age 31 season and Santana in his age 30 season.

There are clear ethical concerns over that; over using the relief pitchers now before they enter arbitration can cause problems of injury and effectiveness by the time they reach arbitration and prevent the two from ever making more than the minimum.  As middle relief pitchers their arbitration rates would never be exuberant, but burning and churning could prevent any money they could receive.

There are baseball reasons to avoid burning and churning too.  Over usage and decreasing effectiveness.  As the Pirates look to make the playoffs, having Santana and Rodriguez at peak performance over their last 46 games is beneficial.

Again, excluding if Rodriguez pitched the opener against the Giants, here is the amount of pitches that Rodriguez has thrown using the baseball-reference game logs where all pitch data is available:

Rodriguez has thrown 808 pitches this year including the minors and he is on pace to only throw 1169 pitches, the least amount of any of the years where the data is fully available (his 2016 and 2017 also include his time in the Dominican Winter League).  But there’s two important notes here: First, Rodriguez was a relative unknown entering the season, a minor league signing to fill out the roster in Indianapolis.

The 2.96 ERA and 28.8 percent strikeout rate that Rodriguez has were unexpected.  PECOTA projected a 4.94 ERA at the beginning of the season, and his 90º projection was a 3.79 ERA, Rodriguez has out performed that by nearly a full run.  His rest of season projection is a 4.81 ERA in 18.7 innings, there’s still uncertainty surrounding an out nowhere 28-year-old reliever, and another reason the Kela trade made sense.

But the other important note is that Rodriguez has spent some time on the disabled list for a shoulder discomfort in June.  Having already experienced some discomfort, and his success being a surprising development at his age, it’s important to limit the amount Rodriguez pitches, especially late in games.  The Pirates have done a good job limiting the total amount of pitches that he has thrown.

But pitches aren’t the only thing that matter.  Having time off in between outings can also be beneficial in keeping the pitcher at peak level.  Here’s the days of rest for Rodriguez since 2015:

Entering games Thursday, it’s been at least three days since his last outings.  So far, 58.5 percent of Rodriguez’s outings have been on zero or one day of rest, higher than the rate of Santana’s.

Part of the reason for Rodriguez’s usage in zero days rest relate to the reasons above: inexperience and shocking success to go along with the shoulder discomfort.

Rodriguez is projected by PECOTA for 18.7 innings, STEAMER has him at 12, and ZiPS has Rodriguez projected for 20 innings the rest of this season.  His current pace is of 64.3 innings total, which is 18.7 more innings, surprisingly the same as his projection.

The Pirates have done a good job of resting Rodriguez in hopes that this surprise success can be sustainable for at least the rest of the season.  The ideal hope is that it will continue, but relievers are volatile.  In Rodriguez’s case, he’s pitched more on zero or one day of rest compared to years past, but he is also on pace to throw less pitches in the meantime.