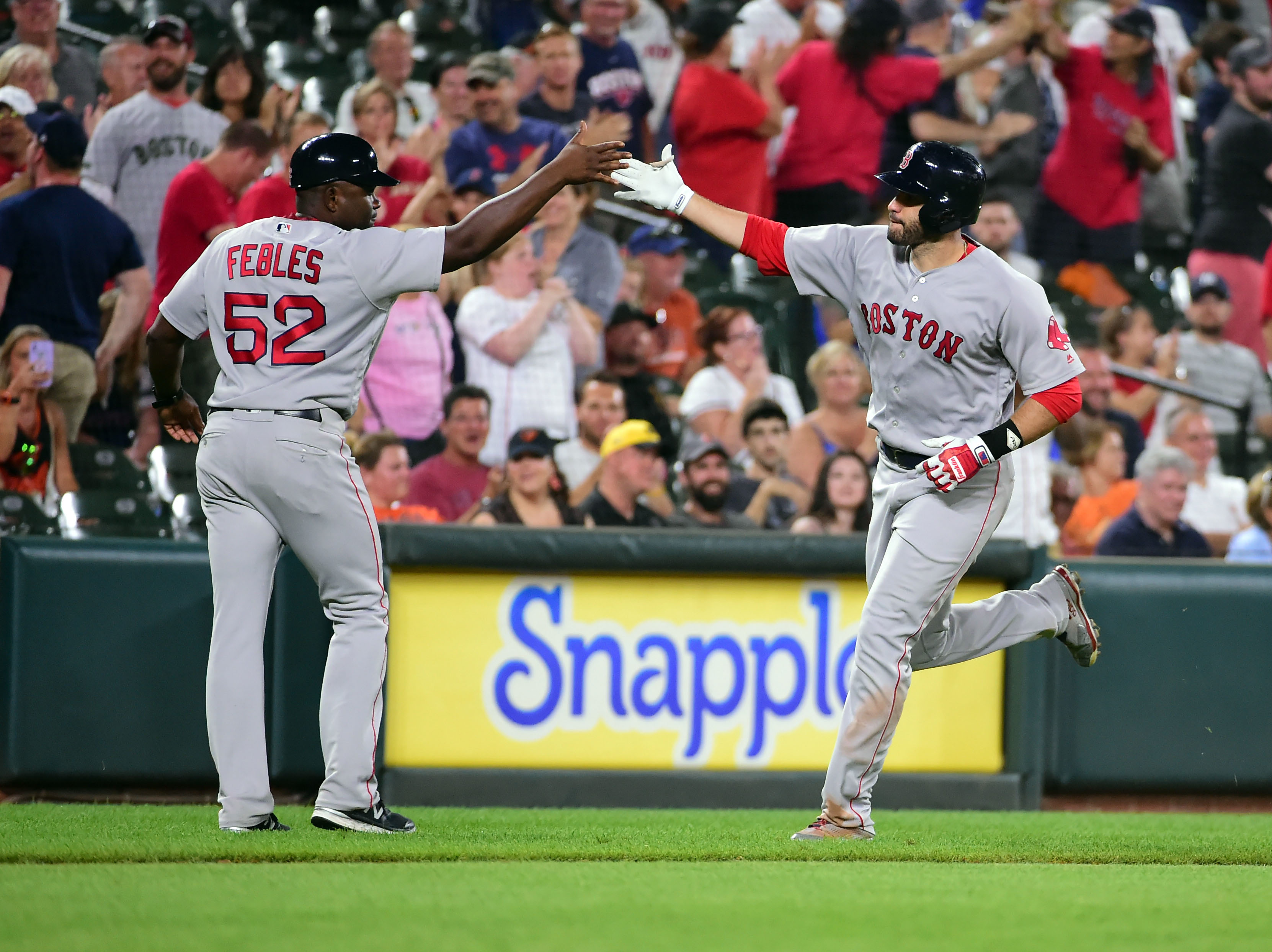 To put it nicely, the 2018 season hasn’t gone very well for the Baltimore Orioles. They’ve already been eliminated from the American League East race but at least have something to play for, though.

Unfortunately, the thing they’re playing for is to accumulate more wins than J.D. Martinez‘s home run count with the Boston Red Sox. No, seriously. And at the moment, Baltimore is losing that battle.

J.D. Martinez has more home runs than the Orioles have wins.

When it rains, it pours. The Orioles had to sit there and watch Martinez blow past them in person this past weekend, too.

Boston continued what could eventually be a historic regular-season performance by sweeping a four-game set at Camden Yards. That left Baltimore stuck at 35 wins, while Martinez used a multi-homer performance on Saturday to pull ahead by two.

In case you were wondering, this isn’t something that just started happening — Martinez’s homer count has basically been neck-and-neck with Baltimore’s win count for most of the year. They were tied on a few occasions throughout the month of May until J.D. took the lead on May 30th with his 18th homer while the O’s had 17 wins. Outside of falling behind a couple days here and there recently, Martinez has been out in front for the last two-plus months.

Boston’s newest slugger has made himself right at home in Beantown, but this incredible homer pace isn’t anything new — he’s now hit 82 home runs since the start of 2017 (980 plate appearances). The 30-year-old made his way to 45 dingers last season between the Detroit Tigers and Arizona Diamondbacks off the strength of a 49.0% hard-hit rate and 43.2% fly-ball rate. However, he’s managed to collect 37 bombs with a 46.6% hard-hit rate and just a 33.0% fly-ball rate.

The race will take a break momentarily on Monday since Baltimore and Boston each have the day off. They’ll be back at it again on Tuesday, though, as the Red Sox travel to homer-friendly Citizens Bank Park, while the Orioles welcome the New York Mets to Camden Yards.