A preview of Tuesday's action from around Major League Baseball 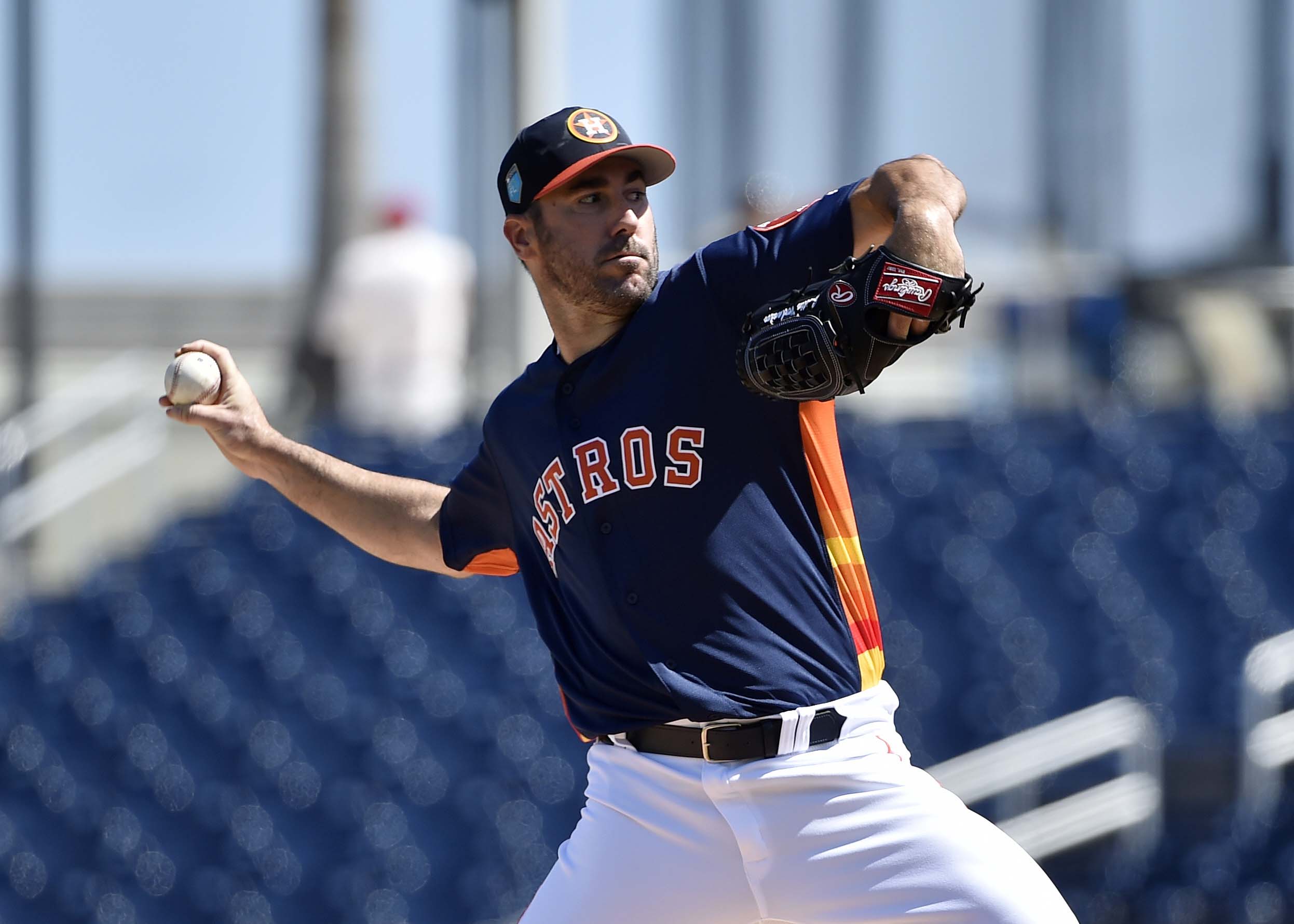 A preview of Tuesday's action from around Major League Baseball

With 15 games on tap for Tuesday, here’s a preview of some of the notable games and statistics to look out for.

These National League Central rivals begin a mini two-game series against each other at Wrigley Field on Tuesday. The Cubs lead the Brewers by three games in the race for first place. These clubs will meet up eight more times before the end of the season. Chicago’s won eight of their first eleven meetings against Milwaukee in 2018.

Jhoulys Chacin starts for the Brewers. Milwaukee has won five of his last seven starts. Chacin is 5-1, with a 4.39 ERA in that span.

Left-hander Jose Quintana will take the mound for the Cubs. He’s 2-0, with a 0.95 ERA in three starts against the Brewers this season.

This is a rematch between the two clubs from the 1915 World Series, which resulted in Boston defeating Philadelphia in five games. Babe Ruth made his first postseason appearance, recording an out in his only at-bat.

These clubs split a two-game series in Boston at the end of July. Red Sox manager, Alex Cora, and Phillies’ skipper, Gabe Kapler, were teammates with Boston from 2005-to-2006.

The Red Sox are 50 games over .500 and hold a ten-game lead over the Yankees in the American League East standings. They’ve won four straight and 14 of their last 16 games overall. This is thanks in large part to the offensive prowess of J.D. Martinez and Mookie Betts.

Meanwhile, the Phillies trail the Braves by one game in the NL East race. They’ve lost four of their last six contests, scoring just 17 runs over that span.

One Phillie to keep an eye out on is Rhys Hoskins. The slugger has struggled of late, recording just one hit in his last 27 at-bats—an .037 batting average—in his last eight games. He has no extra-base hits and no RBI during that span.

New York looks to rebound after allowing five home runs in an 8-to-5 defeat against the Mets on Monday. The Yankees have still won six of their eight games.

J.A. Happ makes his third start for the Bronx Bombers since being traded from the Blue Jays in late July. Happ has won each of his first two starts with the Yankees, posting a 3.00 ERA in those outings. He has a 2.53 ERA in two starts against Tampa Bay this season. Also (a fun fact), Happ was a member of the 2008 Phillies’ club that defeated the Rays in Tampa Bay’s only Fall Classic appearance. However, he did not pitch in the series.

Look out for two Yankee hitters on Tuesday—Giancarlo Stanton and Miguel Andujar. Stanton has six home runs and 12 RBI in his last 12 games. He also has a .965 OPS with three home runs and nine RBI against the Rays in 2018. Andujar is having an amazing second half. He’s batting .341 with six home runs and 19 RBI in 23 games since the All-Star break.

The Astros enter this series having just been swept in a four-game set against the Mariners. Houston has scored just 13 runs in those contests and their lead in the AL West has dropped to two games.

Houston has also lost eight straight games at home. They haven’t had a longer such losing streak since dropping a franchise record, eleven consecutive home games, back in 1966. For context, the 1966 Astros finished with a 72-90 record and were nowhere close to a postseason berth.

Yuli Gurriel will look to turn things around offensively. The 34-year old is hitting .160 with one extra-base hit in his last 19 games.

Justin Verlander will make his second attempt for career victory #200. He allowed six earned runs in just two innings against the Mariners on Thursday. The Astros lost the game, 8-to-6. Verlander will look to become the third active pitcher to reach 200 career wins, joining Bartolo Colon (247) and CC Sabathia (243). But to do so, the former AL MVP will have to break out of a recent pitching slump. He’s 2-5, with a 4.38 ERA and 13 home runs allowed in his last nine starts. Verlander began the season going 9-2, with a 1.60 ERA and nine home runs allowed in his first 16 outings.

Meanwhile, the Rockies just took three of four against the Dodgers. The Rockies and Dodgers each trail the Diamondbacks by one game in a tightly contested NL West race.

Robinson Cano is eligible to return to the Mariners’ lineup on Tuesday. He finished serving an 80-game suspension for violating Major League Baseball’s joint-drug policy. The former All-Star second baseman is expected to see time at first base going forward. Dee Gordon will remain at second. Cano is batting .287 with 23 RBI in 39 games this season. Remember, prior his suspension, Cano had been on the DL due to a fractured metacarpal in his right hand.

The Athletics trails the first-place Astros by two games in the AL West, while the Mariners trail Houston by 4.5 games. The Mariners also trail Oakland by 2.5 games for the second AL Wild Card spot. Seattle hasn’t made the postseason since 2001, while the A’s last played playoff baseball in 2014.

Oakland won the first game of this series on Monday, 7-to-6. Matt Chapman and Jed Lowrie combined for six hits and six RBI in the victory. Both have provided an spark to the Oakland lineup of late. Chapman has reached base safely in 27 consecutive games. He’s posted a .421 OBP with six home runs and 17 RBI in that stretch. Lowrie (albeit in a much smaller span), has five hits and six RBI in his last two games. Four of the five hits been gone for extra-bases. Fans of these teams could be in store for a lot of hits on Tuesday.

Or maybe no hits all? This is after all a pitching match-up between two hurlers who’ve thrown no-hitters. James Paxton no-hit the Blue Jays in his home country of Canada on May 8 of this season. Mike Fiers threw one against the Dodgers back on August 14, 2015, while pitching for the Astros.