The Pirates should try Francisco Cervelli at third base 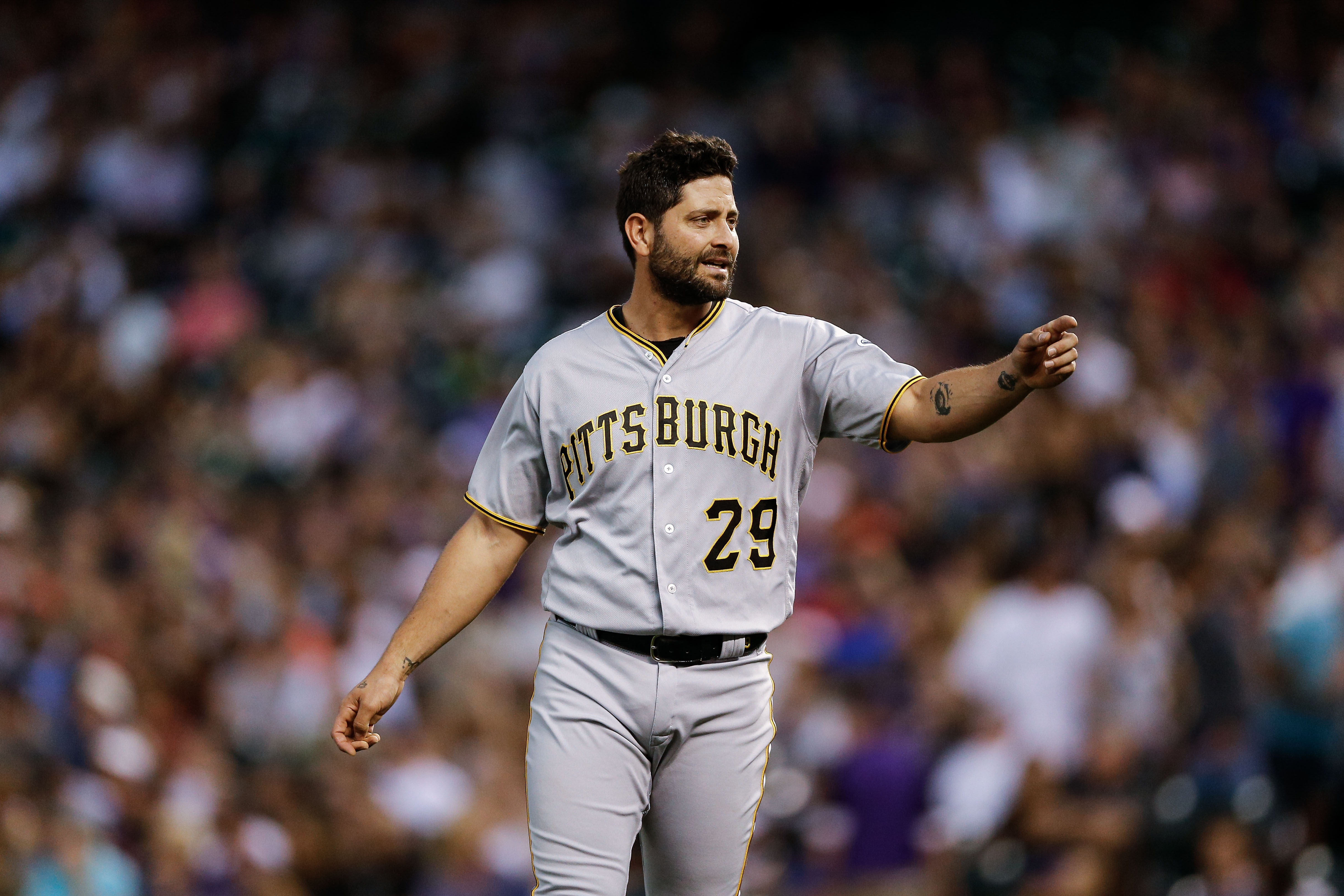 The Pirates should try Francisco Cervelli at third base

Francisco Cervelli’s time as a major league catcher may be, and probably should be dwindling. After wearing another foul ball off his mask on Saturday, he was given Sunday off and the Pittsburgh Pirates called up Jacob Stallings to serve as the backup catcher.

Earlier in July, he was seen taking ground balls and receiving throws at first base in pregame. We saw that come to fruition on August 4 when he started at first. Josh Bell was on the back end of his DL stint and the Pirates decided it was the time to try it out.

Cervelli actually did well in his first in-game appearance at first base since 2016. He recorded 10 putouts and looked comfortable for someone who has spent their entire career behind the plate. He also spent time at first over the next two games as well; however Bell returned from the DL on August 8 and has been on fire since.

Oddly enough, Cervelli has actually logged a whole five innings at third in his major league career. As a New York Yankee, he appeared there for three innings in 2010, where he made one putout. He then played two more frames there in 2011 but didn’t have any fielding chances.

Seven years later, he probably doesn’t even still own an infielder glove. Well, it’s never too late to get one and start breaking it in.

While third is a very difficult position to play, some skills can translate from catching to ease the (re)learning curve.

Cervelli already has the arm strength to make the long throws across the diamond.

What about when balls are hit to him, as they don’t call it the hot corner for nothing. This would be the hardest thing for him to get acclimated with; seeing a ball come at you off a bat is a lot different than seeing it tail away from you.

Colin Moran and David Freese have been a serviceable duo at third all year. Although, Moran hasn’t exactly wowed anyone and before Freese’s recent offensive tear, he was merely depth that could play either corner infield spot.

The Pirates seem to enjoy having guys who can play multiple positions. While this isn’t an ideal situation, adding Cervelli to the depth at third base can pay dividends, offensively, depending on a particular pitching matchup. We all know how Clint Hurdle loves to make interesting lineup cards.

Though this is certainly a hypothetical situation, it’s unfortunate that the team would even have to consider moving their starting catcher to another position in a playoff hunt.

Luckily the Pirates have Elias Diaz, who has a 1.8 fWAR so far. He should already be the everyday starting catcher, and with Cervelli continuously getting clipped in the head with foul balls, I hope the Pirates look at other options to utilize this roster the best way possible. It may be Cervelli at first, it may be Cervelli at third; either way, he shouldn’t be behind the dish much longer.