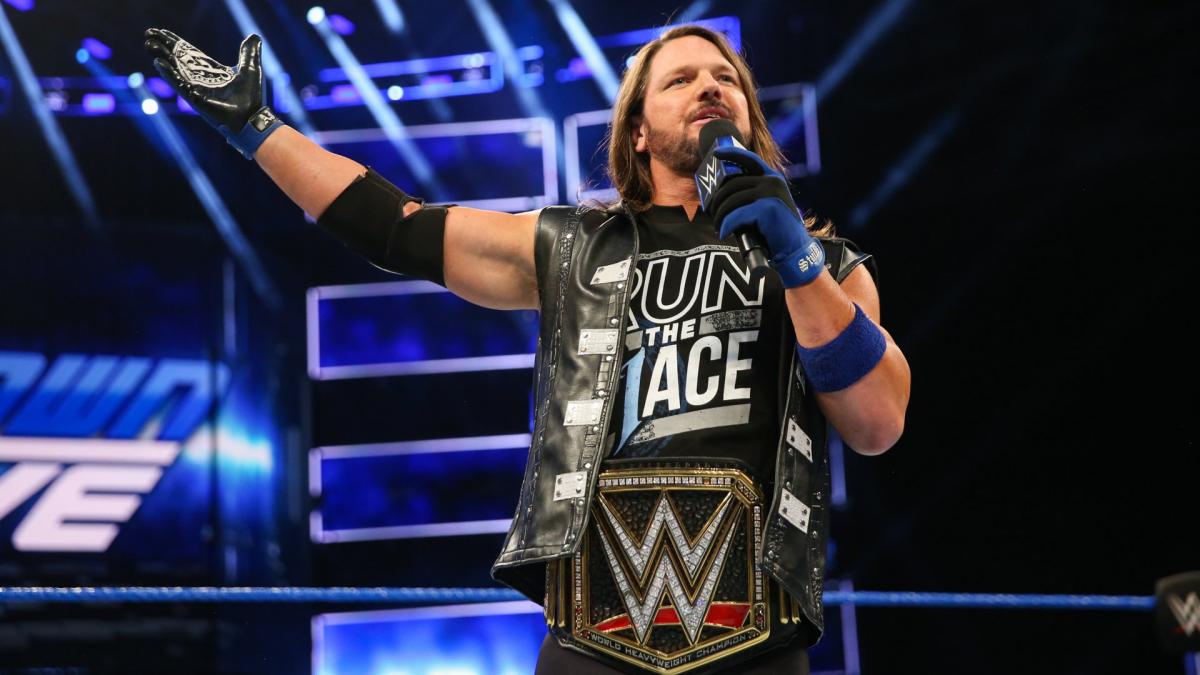 AJ Styles is perhaps the most popular Superstar in WWE and he’s arguably the best pro wrestler in the business today. Indeed many fans believe Styles is the top performer of his generation as he has certainly built a Hall of Fame career over the past 20 years.

Now AJ has yet another accolade to add to his already impressive career. Styles has held the WWE Championship for 281 days and counting. AJ won the title from Jinder Mahal on November 7’s SmackDown Live in 2017.

This is the second longest WWE Championship reign of the past seven years, behind CM Punk’s run of 434 days from 2011 to 2013. Styles’ run tops that of John Bradshaw Layfield, who was heralded as the longest reigning world champion in SmackDown history with a run of 280 days.

JBL recently posted his regards to AJ on Twitter.

My record has been broken and I Could not be more proud of ⁦@AJStylesOrg⁩ -a world class individual and athlete, looking forward to watching this incredible performer Sunday at @WWE Summerslam. pic.twitter.com/VjT33wKsVj

AJ has been an anchor for many WWE fans over the past year. Not only is he wearing the company’s top championship, he’s also the only full-time world titleholder of both SmackDown Live and Monday Night Raw.

But while Brock Lesnar may lose his rarely defended Universal title to either Roman Reigns or Mister Money in the Bank Braun Strowman at SummerSlam, Styles looks likely to retain his belt versus Samoa Joe. Styles is already being advertised to defend the WWE Championship against Joe at September 16’s Hell in a Cell event.

The Hell in a Cell card is subject to change of course, but many fans believe that AJ is meant to hold onto the WWE title, at least for now. It’s obvious that the company trusts him and AJ always delivers both in the ring and on the mic.