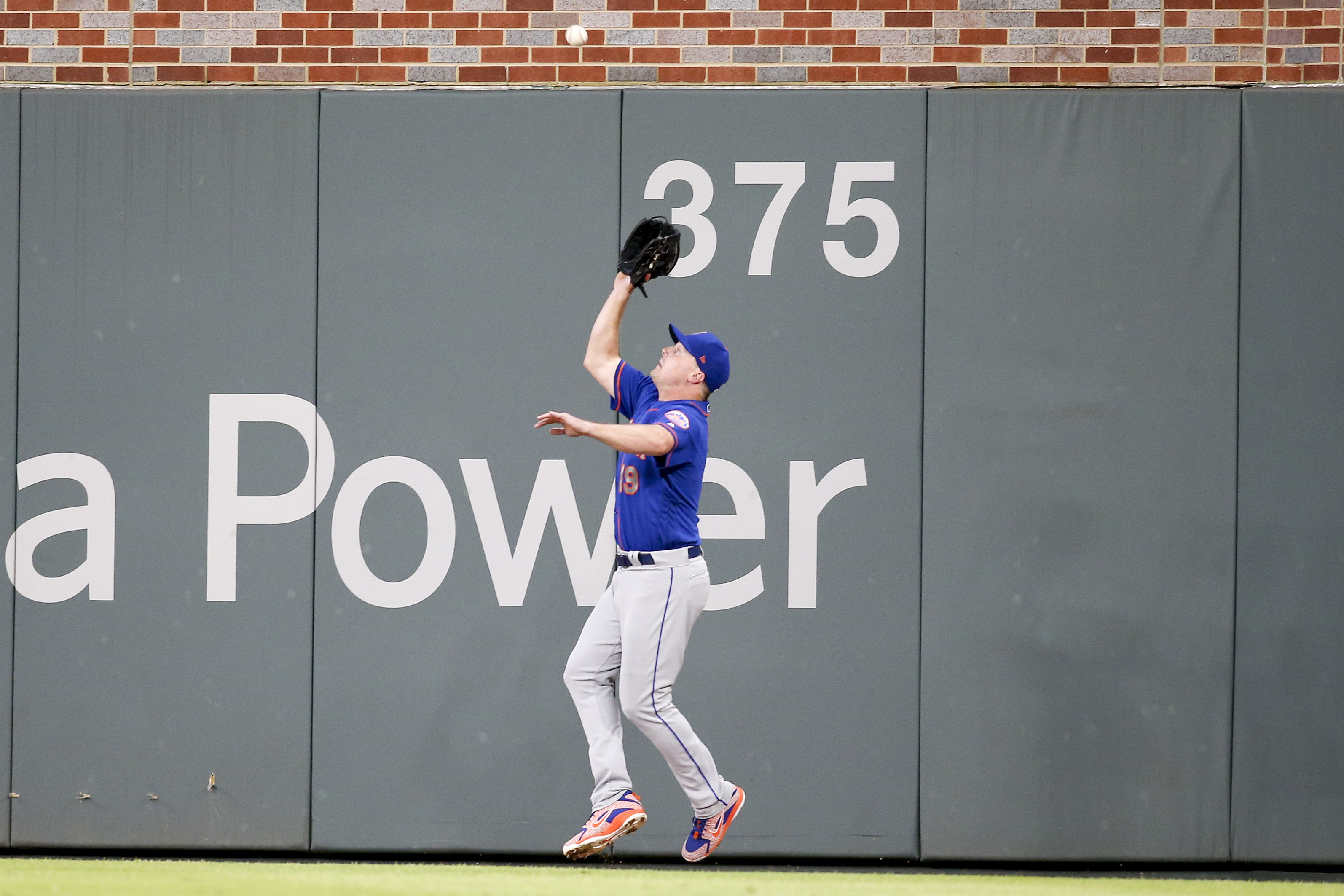 A potential key piece to the New York Mets’ plans in 2019 is on the comeback trail. Outfielder Jay Bruce, who has been out since the middle of June with hip and back problems, began a rehab assignment last night by going 0 for 2 with a walk in five innings for St. Lucie last night. Bruce started in right field in the contest, but is scheduled to play first base there today as part of a plan to get him at bats there at the big league level, MLB.com’s Anthony DiComo reports. The Mets are planning to alternate Bruce between first base and right field when he returns to the big league club as they try to figure out how to fit him into their 2019 plans since he still has two years left on his contract.

Bruce has been a major disappointment for the Mets this season, batting just .212 with three homers and 17 RBI’s in 62 games, but the Mets remain hopeful that injuries played a role in the outfielder’s struggles. Fitting Bruce into the lineup is a problem for the Mets, who have four corner outfielders on their roster through 2020: Bruce, Yoenis Cespedes, Brandon Nimmo, and Michael Conforto. Conforto and Nimmo can play center if needed, but manager Mickey Callaway has indicated a preference to use a natural center fielder in that spot going forward, with the team signing Austin Jackson recently to do just that. Cespedes is expected to miss a significant chunk of next season, so the Mets could deploy Bruce in right field and put Nimmo in center if they wanted, but first base has become a possibility since the team is unsure how they want to handle the position next season.

The problem with that decision is that putting Bruce at first base blocks the Mets’ best hitting prospect, Peter Alonso, from a spot on the big league roster. Alonso has mashed in the minor leagues all season, hitting .285 with 29 home runs and 105 RBI’s between AA Binghamton and AAA Las Vegas this season, but the Mets are reportedly hesitant to call him up due to concerns over his defense. There are also 40 man roster considerations, since the Mets don’t need to add Alonso this winter to protect him from the Rule V draft. That approach is a mistake, especially if the Mets have any belief that Alonso could be their first baseman as soon as next season.

While the Mets do need to find a way to utilize Bruce to make sure he is effective next season, blocking Alonso’s chance at big league time now is not wise. The Mets have a right to be concerned about Alonso’s defense, but it shouldn’t hold him back when they have routinely played guys out of position for the past several years in the hopes of adding offense to the lineup. Putting Bruce at first base also ensures more at bats for Jackson and Jose Bautista, who will not be a part of the team’s long term future. Alonso could be a part of the answer, and wasting at bats on Jackson or Bautista instead is a failure. If the Mets want to actually invest wisely in their team and add a true center fielder over the winter, perhaps putting Bruce at first base makes logical sense. Until that happens, and there is no indication that the Mets will invest the necessary resources to make that a possibility, Bruce should be playing in right field with Alonso up to play first base.