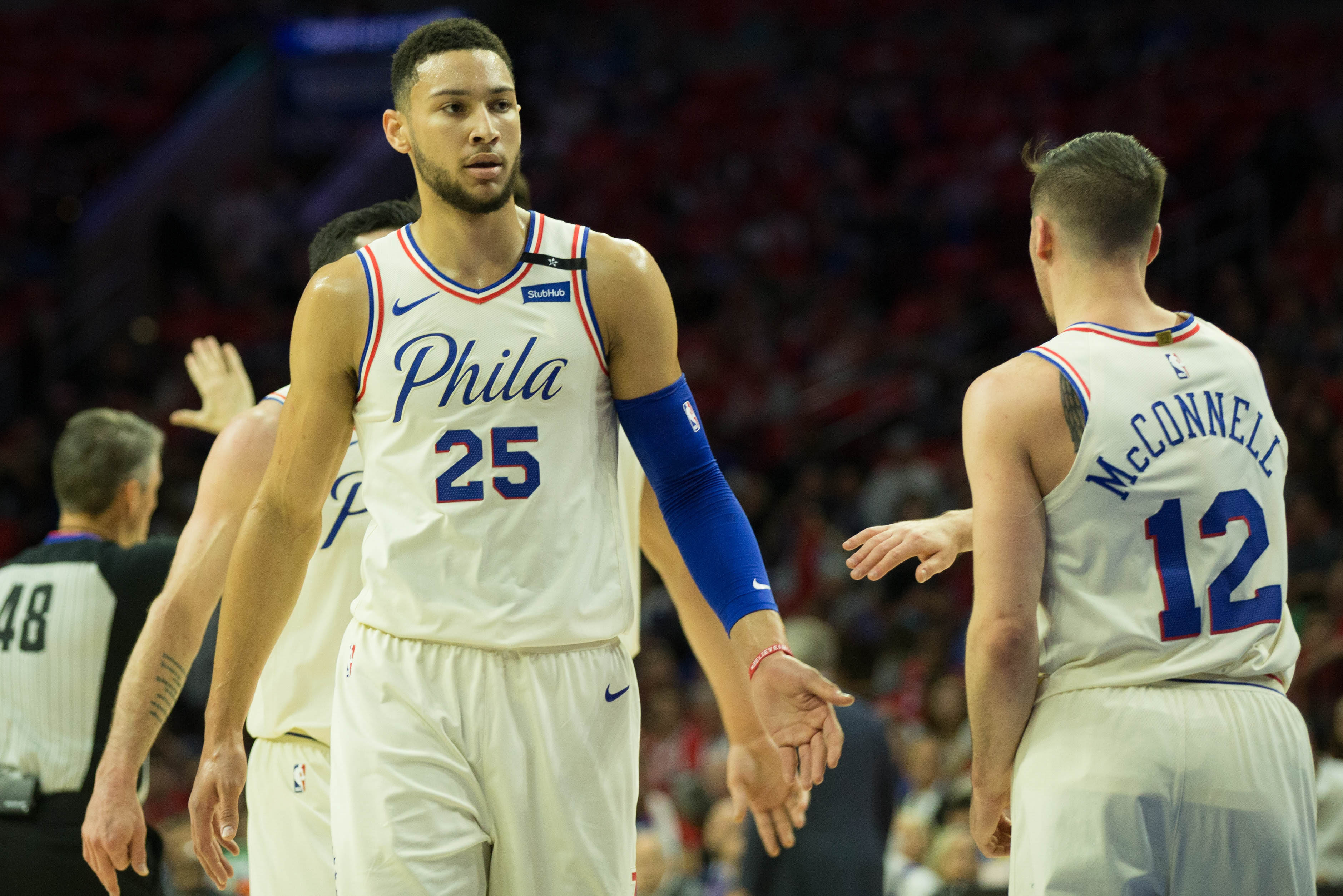 It’s no secret the Lakers were the clear favorite to land LeBron James wire to wire. But, teams like Philadelphia, Houston, and even Cleveland remained in contention for James. In the end, showtime and Magic Johnson prevailed to land ‘The King’ for the next five seasons.

For the 76ers, the potential of adding LeBron to their young core had an unlimited ceiling. The 76ers made it clear they would do anything to add LeBron this offseason. Ben Simmons knew situation, and reacted to LeBron choosing the Lakers — expressing some disappointment and understanding.

“A little bit,” Simmons told the Daily Telegraph when asked whether he’s disappointed James didn’t sign with the Sixers.

“At the same time, he did the right thing for him and his family. But it would’ve been great to learn from him, him being on the team and obviously competing for a championship. But we have pieces to get there.”

"It would have been great to learn from him and compete for a championship."@BenSimmons25 on LeBron James not going the 76ers @NBA2K pic.twitter.com/cwbwHNrFeO

Of course, the thought of adding the best player in the NBA and contending for a Finals berth sounds like the best case scenario. But, for James and his family, Philadelphia wasn’t his fate. Simmons and company have nothing to worry about — as they have their own core that will be contending for a Finals appearance next season. The 76ers have also received good news on Markelle Fultz heading into next season.

Although, Simmons is certainly understanding of James’ decision. If you remember, Ben Simmons only took workouts with the Lakers during his draft process — he did not workout with Philadelphia. At the end of the day, big brands attract big stars.

Simmons is coming off a rookie of the year award, averaging 15.8 points, 8.1 rebounds, and 8.2 assists per game — leading the 76ers to 52 wins. James on the other hand, is coming off yet another spectacular season averaging 27.5 points, 8.6 rebounds and 9.1 assists leading the Cavaliers to the NBA Finals for the fourth straight season.