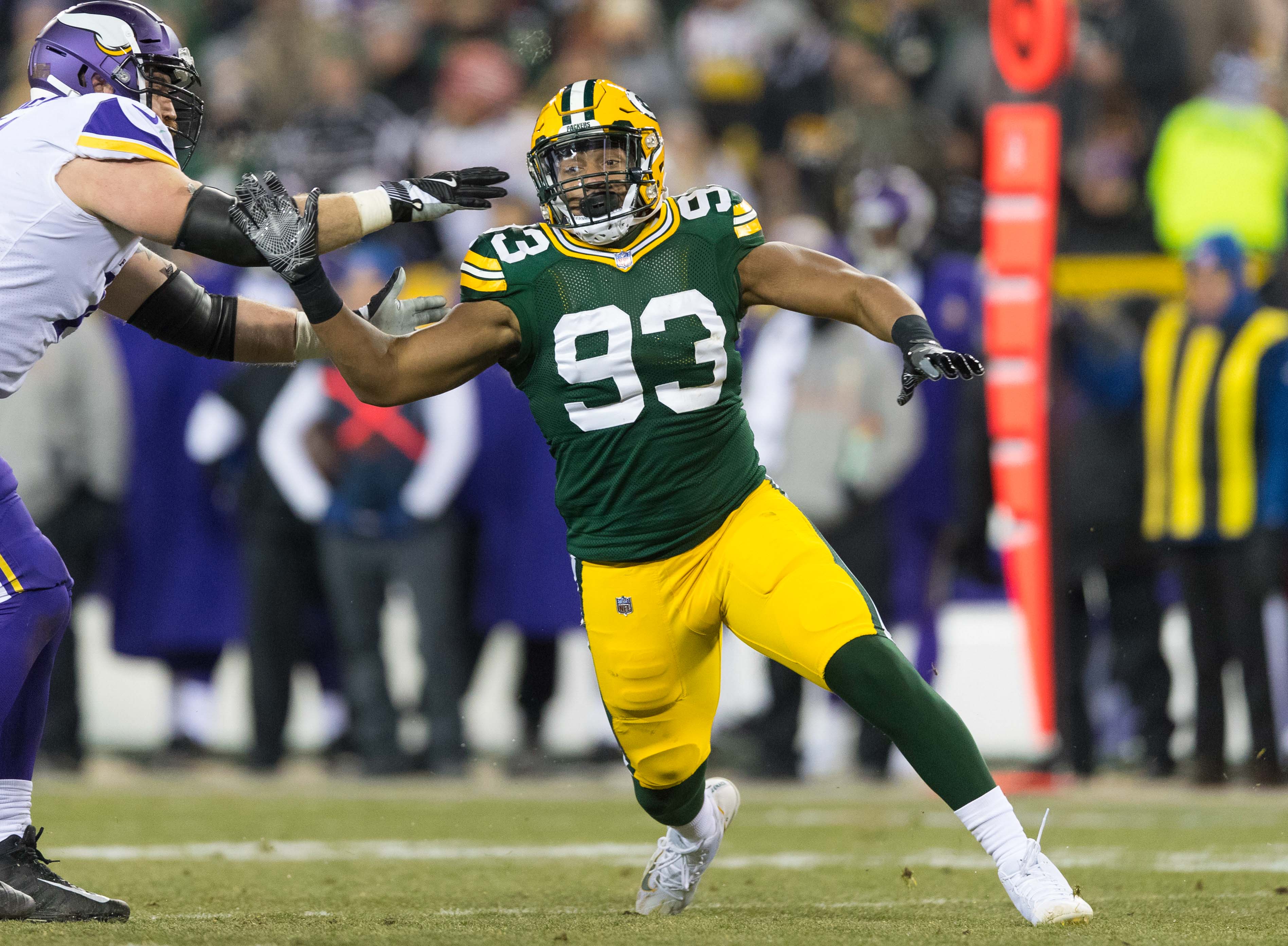 The Green Bay Packers entered training camp with serious issues at edge rusher. Even Clay Matthews, one of the Pack’s two starters at the position seriously questioned the team’s depth after the Packers failed to select an edge rusher in the draft. But after two preseason games, undrafted free agent Reggie Gilbert has staked a claim to a roster spot and to provide some much-needed depth at that position.

It’s been a long road to the NFL for Gilbert. The Packers signed the 25-year-old Sacramento, California, native in the spring of 2016. He spent the entire 2016 season and the first 15 weeks of the 2017 campaign on the Packers’ practice squad before finally cracking the active roster for the last two games last year.

Gilbert made an impact in his limited playing time in 2017. In his NFL debut game against the Vikings, the Arizona alum recorded four quarterback pressures and three quarterback hits. In the season finale against the Lions, Gilbert recorded his first career sack, corralling Matthew Stafford for an eight-yard loss.

Still, entering training camp, Gilbert was more or less an afterthought for most experts. But the 6’3″, 261-pound OLB let his play on the field do the talking. He stood out during training camp. Against Tennessee in the preseason opener, he was credited with a quarterback hit. Then, Gilbert recorded 2.5 sacks while playing in the first quarter during the Packers win over the Steelers at Lambeau Field.

The performance was encouraging. Gilbert started the game so he faced the best offensive linemen the Steelers put on the field. He also earned his sacks in different ways. One was a coverage sack that highlighted Gilbert’s persistence and hustle. On another play, he was unblocked and used his speed to get to the quarterback. The third came on a stunt which saw Gilbert loop around and rush the quarterback from the inside.

“The whole first half, I was doing things just to set up my inside moves and my outside moves,” Gilbert said after the Steelers game. “I definitely felt like I was able to capitalize on that later in the game.”

He also noted that these were things he has learned from watching veterans like Matthews and Perry play the position, proving that his time on the practice squad was well spent.

Gilbert’s teammates have taken notice of his improved play.

David Bakhtiari praised #Packers OLB Reggie Gilbert both as a player and as a person during Sunday's availability: "Bryan and I have always been fans of his … I think he’s someone you want to have in your locker room; the way he goes about his business every day is first class"

Coach Mike McCarthy has also been pleased with what he’s seen from Gilbert.”I just can’t say enough about Reggie,” McCarthy explained in his post-game press conference Thursday. “His path, his story and just the way he’s grown in this program. He’s a fine young football player and very versatile, too.”

There are still questions about whether Gilbert is the long-term answer for the Packers. Both Matthews and Perry have lengthy injury histories and Perry is actually still on the PUP (physically unable to perform) list right now. If one of them were to miss significant time, is Gilbert ready to play at a high enough level to make an impact? It’s one thing to put up big numbers during preseason and yet another to perform consistently against NFL starters during a regular season game.

Still, Gilbert has shown the right attitude with his hustle on the field and his desire to work hard to improve off it. While he was pleased with his performance last Thursday, he refused to rest on his laurels.

“I want to go out there and do some positive things and I also want to decrease the things that I think I didn’t do as well,” Gilbert told reporters after the Pittsburgh game. “I had some things I felt I didn’t do as well tonight and I’m going to focus on that more than on the productive things.”

Gilbert appears to have the inside track to be the primary backup at edge rusher based on his performance so far this preseason. He’s come a long way since joining the Packers, but he also knows he still has a long way to go to accomplish all of his goals.