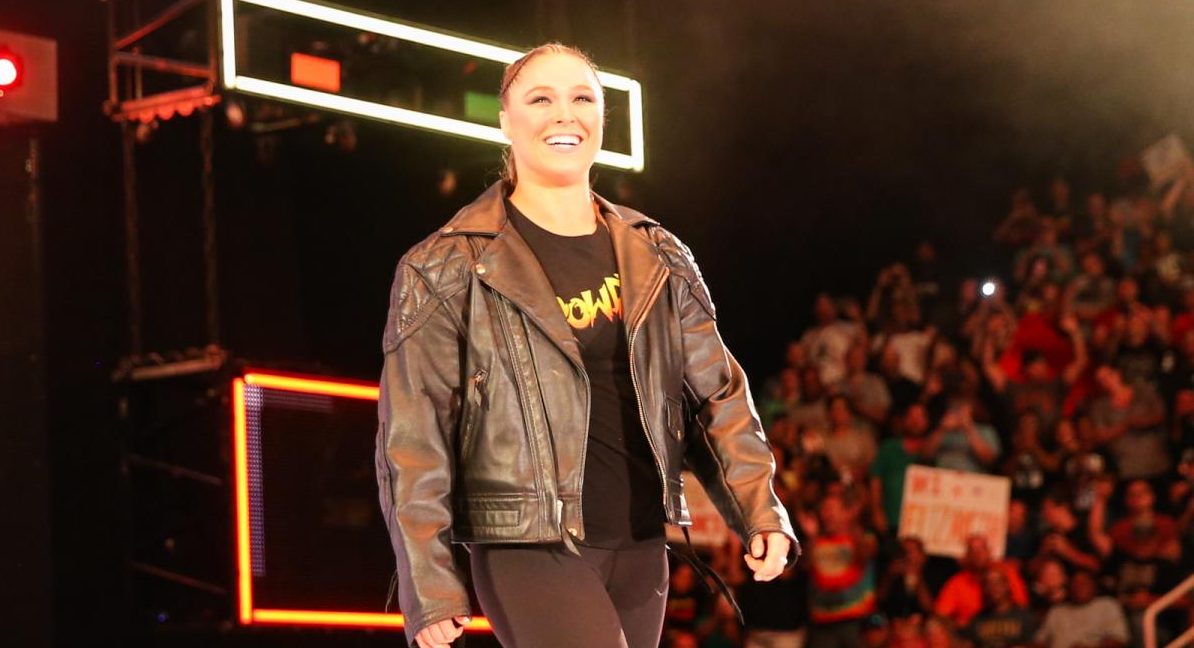 With the WWE’s first ever all-women’s pay-per-view Evolution set to air on October 28, the company is banking on two of its biggest mainstream stars to draw in viewers. According to Dave Meltzer on Wrestling Observer Radio, the main event of the show will feature Ronda Rousey taking on Nikki Bella.

According to Meltzer, the prevailing thought is Rousey and Bella are the two women in the company who get more mainstream press than any of the others. Having the two face each other, in theory, would get all the more eyes on the event and get more outlets to cover the matches.

It’ll be interesting to see how the WWE will bring Bella back to set up the match.

Bella has been one of the biggest stars in the WWE as of late. Her engagement to WWE superstar John Cena, as well as being the star of both Total Bellas and Total Divas, has turned her into a mainstream name. However, after undergoing neck surgery last year, Bella has been largely absent from WWE TV. She had a strong appearance in the women’s Royal Rumble event in January, lasting until the final two before being eliminated by Asuka, but Bella hasn’t been seen since.

Rousey, on the other hand, has become a must-see on WWE’s flagship show Raw. Making her first WWE appearance at the same event that Bella last wrestled at, Rousey has been a near-solid fixture on WWE programing, performing in a tag match at Wrestlemania, fighting Nia Jax for the Raw women’s title at Money in the Bank, and competing against Alexa Bliss for the same title at SummerSlam. The only wrestler more famous in the women’s division than Bella is Rousey.

The already stacked Evolution card will also feature Bliss wrestling former women’s champion Trish Stratus, the finals of the Mae Young Classic, and defenses of both the Smackdown and NXT women’s titles.