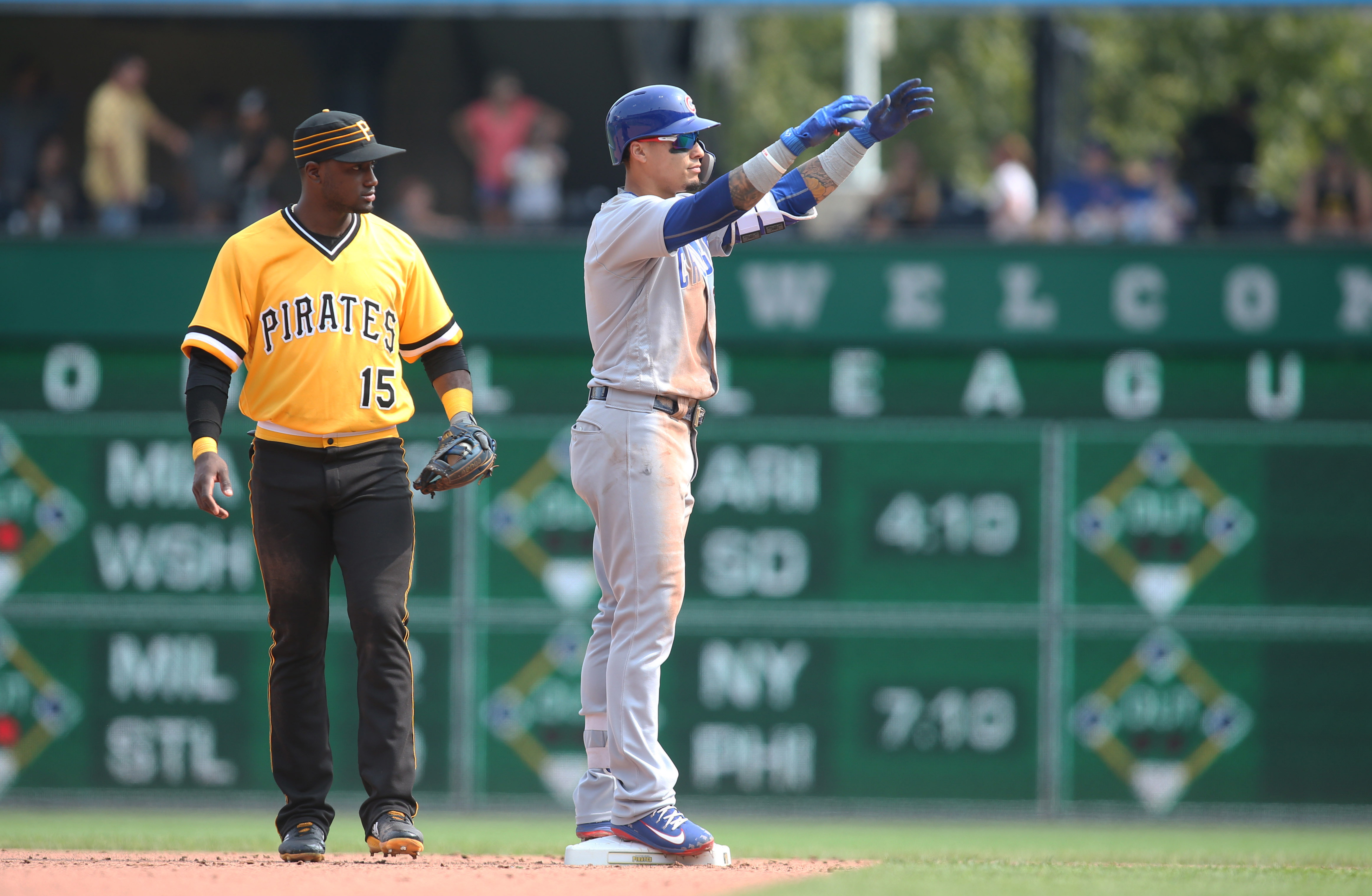 Chicago Cubs infielder Javier Baez has always been known for his wizardry with the glove since making his big-league debut in 2014. His current offensive performance has been getting nearly as much attention lately, though.

Baez stole his 20th base of the season Sunday, which is notable for a number of reasons. The first 20-20 season of his career is the 10th in Cubs history, but he’s just the sixth player to achieve this milestone, along with being the first to do so since Corey Patterson in 2004, as Christopher Kamka of NBC Sports Chicago pointed out.

However, that was just one cool Cubs-specific club he entered. The other one Kamka pointed out is much more exclusive:

As a player on the Cubs, you know you’re doing something right when your performance is getting compared to Ryne Sandberg.

There’s still a little more than a month remaining in the regular season, but Baez has already registered new career-high marks in homers (25), RBI (89), stolen bases (20), doubles (33), triples (8), and fWAR (4.1). When it comes to the dingers, doubles, triples, fWAR, and RBI, this is the third consecutive season in which El Mago has outperformed the previous year’s mark.

That’s the kind of upward offensive trend any organization would love to see from a 25-year-old position player that already has incredible defensive ability.

What’s even more impressive about Baez’s full body of work is that his plate discipline hasn’t changed much and has actually gotten worse in some respects. Nobody is swinging more often overall than Baez (60.6%), and the only hitter chasing more balls out of the strike zone than him (49.3%) right now is Salvador Perez (49.8%). He’s at least also swinging at more strikes than ever before, as his 80.1% mark heading into Monday is the third highest in baseball.

His overall production on both sides of the ball for the National League’s best team (according to Chicago’s 71-52 record at the moment) should have him included in the NL MVP conversation. Although he may not get enough love for that particular honor, it’s undeniable to see how valuable he’s been to the Cubs this season.

He’s earning $657,000 in 2018, yet his performance has been worth $32.7 million, according to FanGraphs. It’s safe to assume that Baez’s first trip through arbitration this winter will be a profitable one for him.