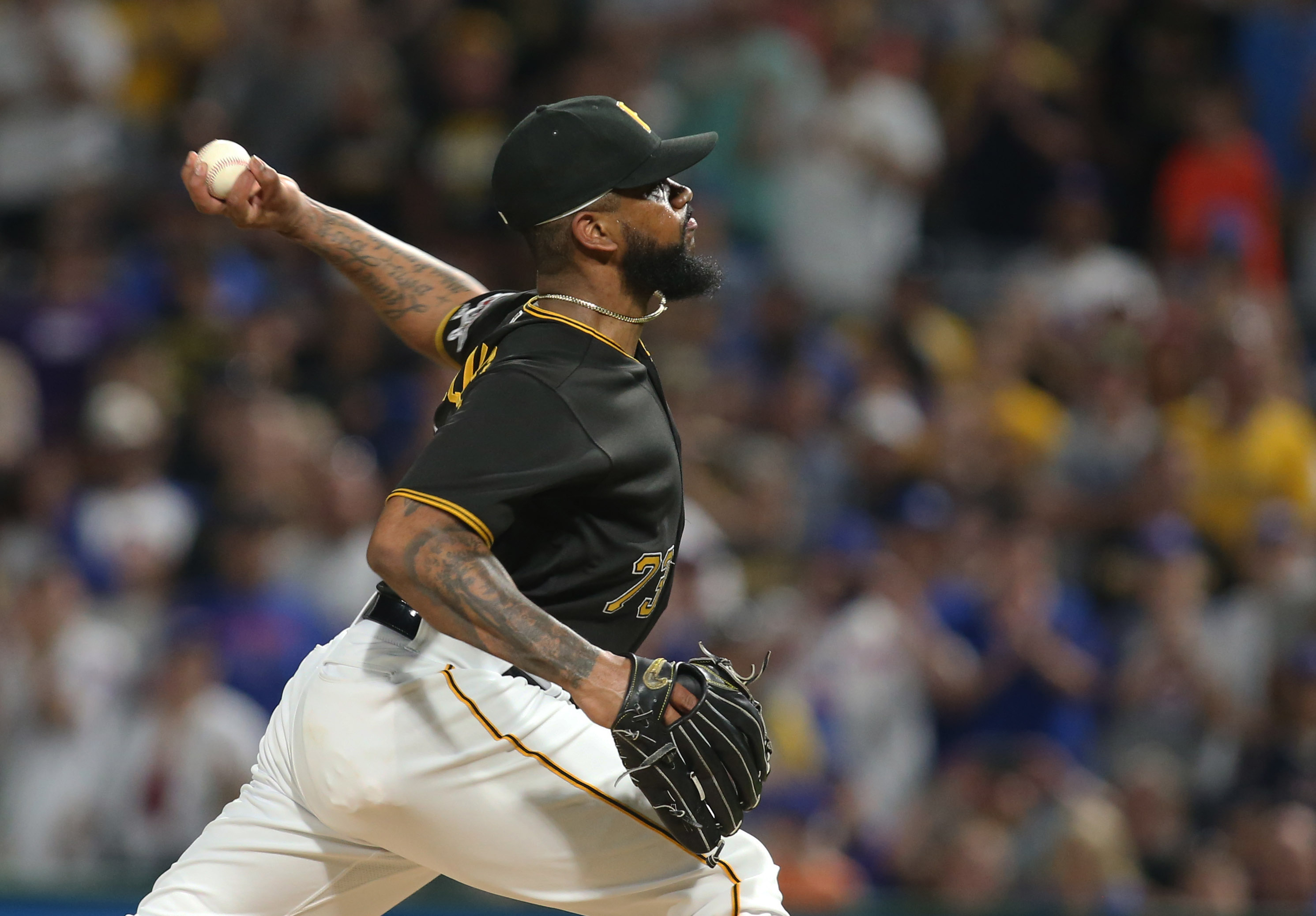 Felipe Vazquez struggled to start the year, and the usage for one of his best weapons, the slider, had gone down.  However, as the season has gone on, Vazquez has once again gone to the slider.

After a season in which Pittsburgh Pirates closer Felipe Vazquez posted a 1.67 ERA and 2.47 FIP, much was expected for the reliever with the nickname Nightmare.  But in his seasonal debut, the flame throwing left-handed reliever allowed four runs in 0.7 innings.

He recovered nicely, pitching to a 1.66 ERA over his next 21 outings, but in the five following he posted a 12.46 ERA.  In aggregate, Vazquez posted a 4.73 ERA over his first 28 appearances.

But all that damage came in three games, the concerning part was the strikeouts were down from the year prior, with Vazquez only striking out just 24.2 percent of hitters, he struck out 29.3 percent in 2017.

Here’s a 15 game moving average of Felipe’s strikeout rates over the last two seasons from Fangraphs:

Vazquez hit a lull late last season, presumably from fatigue from not just usage in games, but also from getting warmed up and not going in.  But that stretch early on in the year was more eye-popping.  Since he allowed two runs at Arizona, Vazquez has struck out 40.7 percent of batters (37 of 91) entering Sunday’s game.  *Vazquez added another two strikeouts on four batters during Sunday’s game.*

So what caused the down turn, especially in 2018?  My hypothesis comes from the usage of his slider both in 2017 and 2018.  Below is a 15 game rolling average of his slider usage over the last two years from Fangraphs:

Vazquez’s strikeout rates dipped late in the season, when he might’ve been fatigued.  But he also increased his slider usage late, perhaps adding to the fatigue that he was experiencing.

But this year, Vazquez started off by not throwing the slider, dipping before peaking up again around the 100 game mark over the last two years, which would be the 27th game of 2018.

But now, with Felipe picking up the strikeouts, his slider usage has also increased, which makes sense given the nature of the slider and how it relates to getting swings and misses.

On the season, Vazquez has turned to the slider 6.9 percent of the time, last year he was at 13.2 percent.  But in his turnaround in getting strikeouts, about half way through his season, Felipe has relied more on the pitch.  Over his last 25 outing, the slider has been used 11.4 percent of the time.  You can see that in the rolling chart of the usage, Vazquez’s slider usage has gone up.

With the strikeouts has come the lower ERA, something to expect from Vazquez.  Getting back to the dominate left-handed reliever took some time, but it came when the comfort with one of his better weapons came.  For the Pirates and Vazquez, that should provide comfort for not only this year, but for next, as hopefully the slider usage and strikeouts remains constant next season.